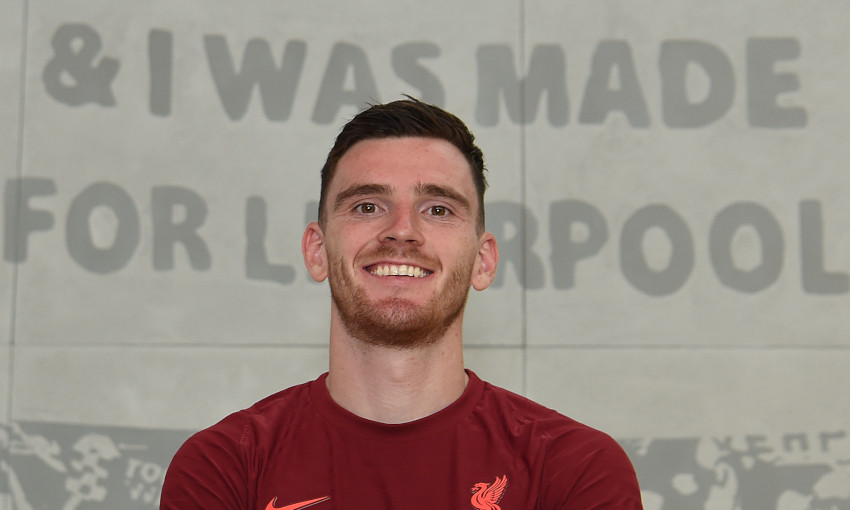 Andy Robertson feels fit and ready to return to action against Chelsea on Saturday.

The left-back missed Liverpool’s opening two games of the Premier League season due to ankle ligament damage, but was back in the matchday squad as an unused substitute for last weekend’s 2-0 win over Burnley.

And he expects to be available for the upcoming clash with Thomas Tuchel’s side at Anfield.

“I’m back in full training now. I fully trained on Friday, just one day before the game - maybe a bit ahead of schedule but I think the physios just wanted rid of me, to be honest!” Robertson, whose new long-term contract with the club was announced on Tuesday, told Liverpoolfc.com.

“Obviously I’ve been very lucky in my career that I’ve not had too many injuries and certainly not long-term injuries, and long may that continue. But yeah, I’m a nightmare when I’m injured and I want to get back out on the pitch as quickly as possible.

“For me, as soon as I did it and I got the scan results I said, ‘I think Burnley is in my sights’ and there was a couple of people who said, ‘Yeah, you’ve got a chance’ so I managed to cling on to them and a couple of people said I had no chance so I avoided them until it was more realistic!

“I tried my best, I tried everything. I was out running [and] I felt as if I could maybe have trained a day or two earlier but the experts we have at this club are excellent and I still needed to tick a couple of boxes, and luckily I did that on the Thursday. Then I fully trained with the team on the Friday.

“Obviously the gaffer put me on the bench, which was probably unexpected but I was happy. When you’re at the game and everything is involved you just want [to be] on the pitch, but I think that was unrealistic yesterday [Saturday].

“Now I’ve trained today and I’ll have a full week of training so let’s see what happens against Chelsea. But I’ll be ready, I’ll be ready to play, and like I said I’ll hopefully be fit for the rest of the season now.”