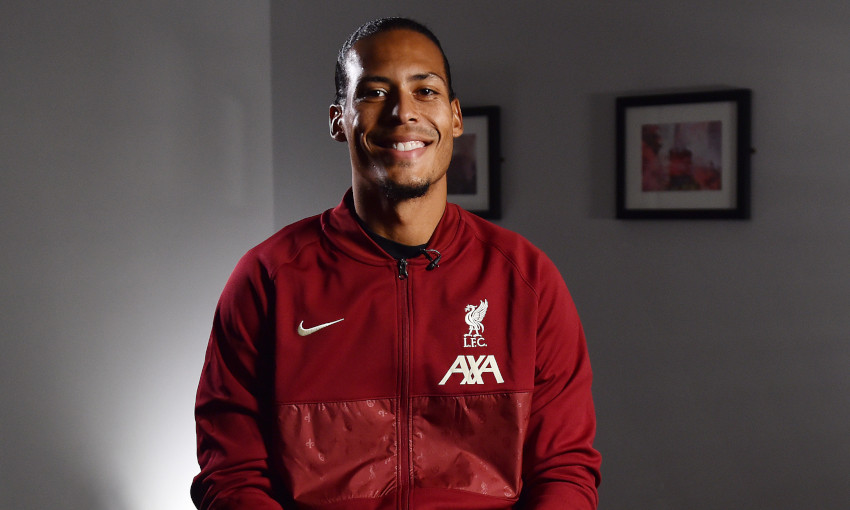 The No.4 put pen to paper on his deal at Anfield on Friday morning before then sitting down in front of our cameras to offer his reaction.

Watch the exclusive chat via LFCTV GO, or read on for a full transcript...

Subscribe to LFCTV GO now and get your first month free with code 2122GOFREE. T&Cs apply.

Virgil, congratulations. How does it feel to have signed a new long-term contract with the club?

Talk us through your decision to sign this deal, was it an easy one?

It was quite easy, yes. Since day one when I joined the club, I felt so much appreciation from the fans and from my teammates and the staff, that I could be a very important member of this football club. It has been going well; unfortunately last season for me personally has been a season to forget, to learn from and take with me, but I have enjoyed my time here and will keep enjoying it in the next couple of years altogether with all of you.

What is it that gives you the confidence you will enjoy your time with Liverpool moving into the future?

I think Liverpool is arguably the biggest club in the world with the best fans, I think, in the world, so I enjoy playing for the club. I enjoy playing for a family club that really is there for you no matter what. The nice feeling I get at the club is that we are all doing it together, we are all in the same boat, we all want to have success together. We try to do it in the right way, too.

You’ve been here for three-and-a-half years now. Does it feel like home?

Yes, definitely. It didn’t take too long to feel like that, to be fair, with the help of my teammates, especially in the beginning, the staff and especially the fans, how they have welcomed me from the start. Where I am today, how I feel today, is [as] a very senior, important player for the team and for the club. That’s just a fantastic feeling and why I definitely feel at home here.

Has your perception of Liverpool as a club changed during that time? Is there anything you didn’t realise about the club before you came here?

I think in the beginning you have an idea, you have a feeling, how big the club is globally, but to actually experience it is incredible. The training camps we had in America, for example, if you see the fans, it’s outstanding. It’s incredible. Also, knowing that over the other side of the world, in Asia and that side, we have so many fans as well. It is overwhelming, it is a lot more than what I expected before I joined the club, but it’s something I really, really enjoy and love playing for. 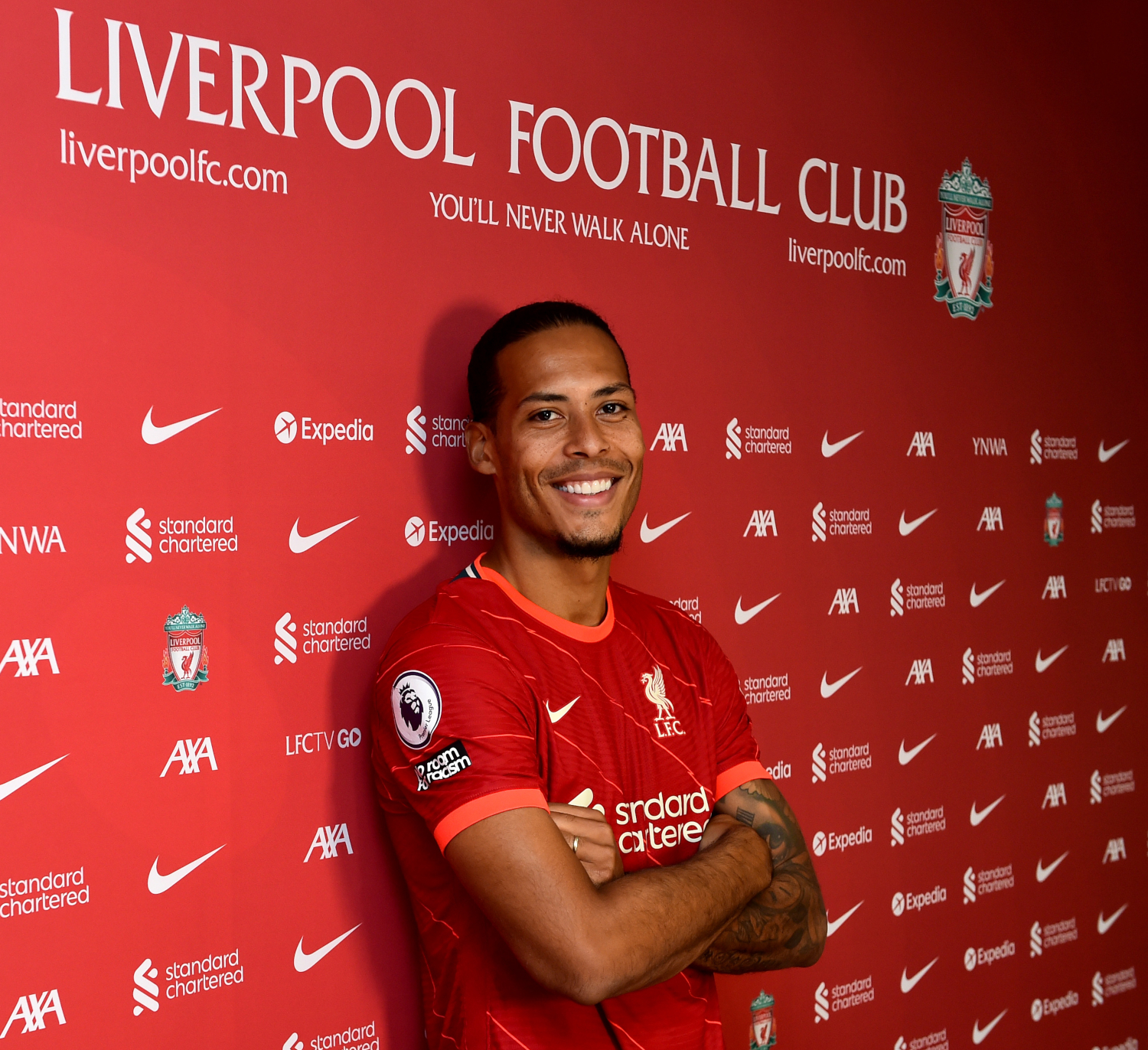 How would you describe your relationship with the manager and the backroom staff? Pep Lijnders told us recently you’re always asking questions about your involvement in games and what the plan is…

I am open, I feel like, as I said before, we’re all in the same boat and we all want the same positive results, positive outcomes in things, especially in games. Therefore, you have to be open to each other, you have to feel like you can say anything – in a respectful manner – to each other and be open about your feelings. That’s how I am with the manager and if there is anything that bothers me or that I think could help the club or help the team, I will open up and say that to him – and the same goes for the rest as well. Obviously Pep is Dutch so it is sometimes easy when I see him in the corridor or hallway, [say] a quick something in Dutch and ask him what are we doing today, how are we going to set up or what the plan is. That’s how you have these discussions and it’s something I really enjoy and I think it’s really important to have that relationship as well.

What about the supporters and your relationship with them? I suppose scoring the winner against Everton in front of the Kop on your debut couldn’t have gotten you off to a better start…

No, that helps a lot! Also, to settle in with the group of boys and the staff, but especially with the fans. It is that extra special thing, but I think the most important thing when you come to a club is to earn and deserve the respect from your teammates, to settle in as nicely as you can. That goal helped a lot.

It didn’t take long to get the song either…

No, it is just nice. I know it is not so easy to get a song at Liverpool and to have had one in the first season already is just something incredible. I am very proud of the song as well, so keep singing it!

Trent, Ali and Fab have recently re-signed as well, so that’s positive news for the club…

It is very important if you look at those players in particular, they are very important members of the team, characters, full of quality and something we want to keep building on. We are all delighted to be signing our new deals, but it’s very important for the club too.

How important is that continuity? You’re a group of players who have been through a lot together and achieved a lot...

Yes, it’s definitely important – and the consistency is definitely important. We saw last season that we shouldn’t take fitness for granted. We had so many injuries, injuries in difficult positions where we couldn’t really get on our game. We have to look after each other this year; I think everyone took that lesson from last year. You never know what might happen – you see with Robbo that he is out now for a little bit – but we have to keep working and hopefully get a good season out of it.

We only spoke to you recently in Evian. You’ve played a couple more games since then… how are you fitness-wise at the moment?

I feel good. Obviously [they were] friendlies, you get your match fitness up, get into repetitions of doing things again and again. I feel like I am ready for the weekend, so we’ll see what the manager decides. It is going to be a totally different atmosphere and mindset for me personally as well. It is something we fight for, for the points, and hopefully we can get a positive result out of it. 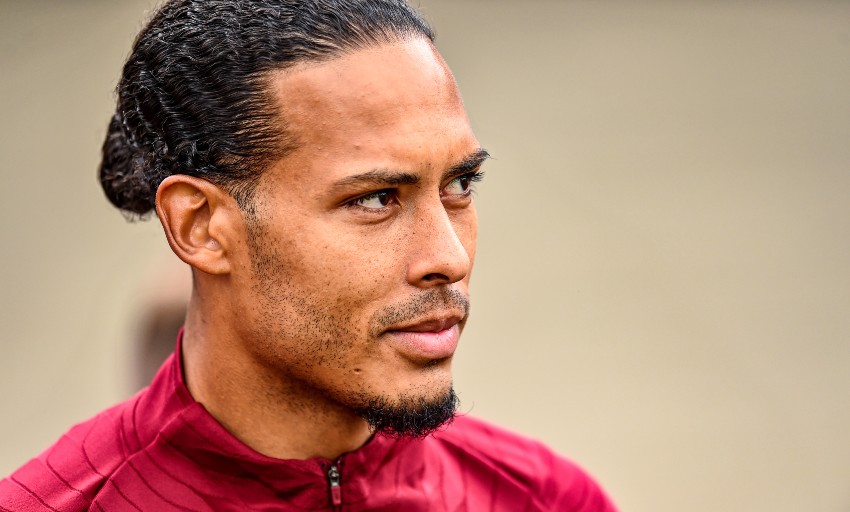 How important were those 70 or so minutes at the weekend going into this weekend?

Very important. I think the good thing was that I felt like I could have played longer, or 90, but we managed it this way and I am very delighted that it went that way and it all reacted well. We’ll see what the next couple of days brings, but when the manager needs me I’m ready and hopefully we can have a good season.

That was in front of 41,000 fans here at Anfield on Sunday… what was that like?

Incredible. It was special. To come out even for the warm-up… I felt it even last year, the last game of last season when I walked out when the boys went out and there were 10,000 fans in the stadium. I felt already that buzz, but this time it was special for me. My wife and my kids were in the stands and there was for me the extra push or something that makes it even more special. Hopefully we can get back to normality and have all the fans back in all the stadiums because we need all of them. Whether it is the away support or away games, we want atmosphere in the stadiums, we want people supporting their teams. That’s how we’re used to playing football and enjoy the game.

It is fair to say they’re going to be important for us this season, aren’t they? That the fans have got a big role to play this season too?

We all miss them. Especially with the way we want [to play], I can only speak for ourselves but we need the energy from the fans sometimes with the way we press, the way we deal with setbacks and stuff, because in games there will be setbacks. It is something we all look forward to. Even the away games, the opponent’s fans when they go against you, sometimes it’s a nice feeling and I personally enjoy that as well.

What would your message be to them, those of them watching this now?

Well first and foremost I am proud and happy I signed a new deal for this amazing club. I will give everything I have got for the club until whenever. Enjoy this season, hopefully, with a lot of joy, a lot of fun, hopefully a lot of success and support us all the way through, whether it is in the difficult moments – especially in the difficult moments, because they will come and we will need everyone. Hopefully we can make this season a successful one.

It seems like there’s a real buzz, an energy, about the squad at the moment. Is that fair to say?

I feel that as well. Maybe for the outside world and for the fans it is quite difficult to see that because a lot of teams around us are improving their squads, buying a lot of big transfer money signings, which obviously could improve them. But, we’ll see what it brings. We focus on our own, we know as a team what we can bring to the table. You have to get that little bit of luck in the season, you have to not get too many injuries, like last year. We’ll see, we’ll see. We respect them all, but we go for it and hopefully we get a good season out of it.

And in terms of yourself, going into this new season, what are your targets?

I want to play as much as I can again, back to normality. I am not a player who had a lot of injuries before, luckily, so hopefully we can keep it that way from now on. It is going to be interesting because obviously I have to manage myself with the help of the others, but if I feel good – and that’s how I am feeling at the moment, but obviously you need a bit of time to get back to the full, full fitness and the only way to do that is by playing games, especially in my case. I know my body as good as anyone, so I need games. The next one is Saturday and we’ll see what happens. 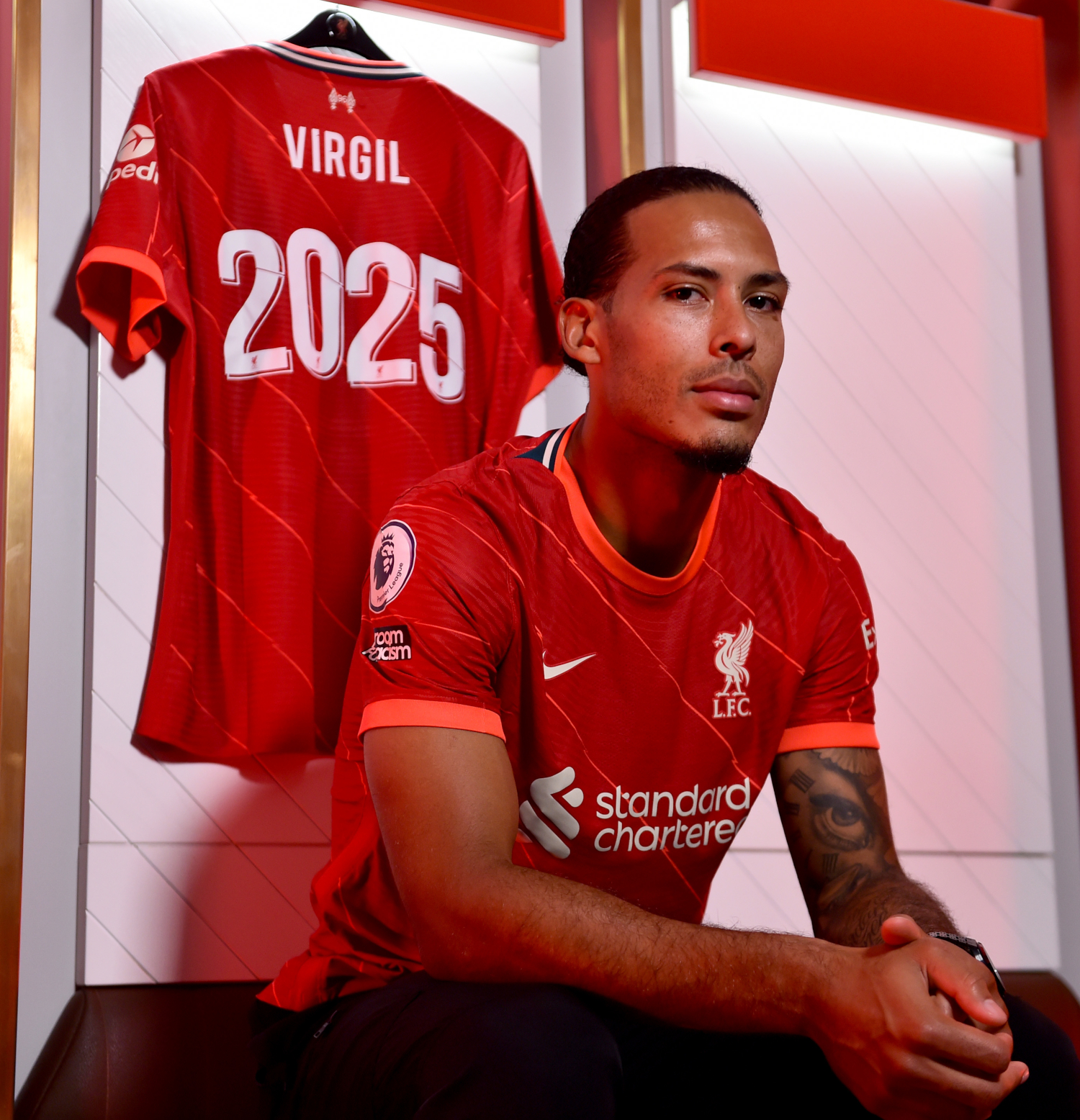 It is exciting, definitely, especially if you’re out for such a long time. You visualise so many things about coming back, about being back playing for the team, being important for the team. Now I am getting there again, the Premier League starts this weekend and I can’t wait to be out there and get back to my best.

We can’t wait for you to be back out there again, either…