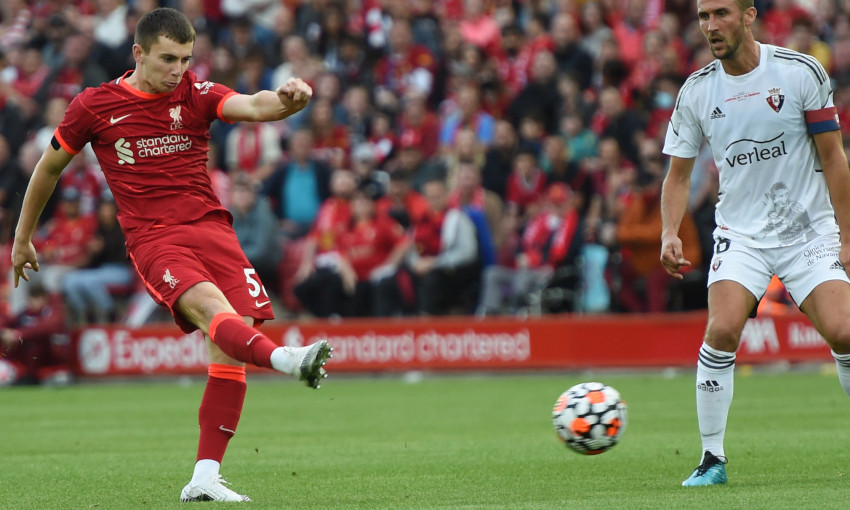 Jürgen Klopp and Pepijn Lijnders have praised the pre-season performances of Ben Woodburn after the midfielder turned in another impressive display against CA Osasuna on Monday evening.

The 21-year-old entered the action as a first-half substitute for Curtis Jones and was lively throughout, operating in both midfield and attacking positions.

Woodburn’s appearance came a day after clocking up 18 minutes during a cameo against Athletic Club on Sunday afternoon – and he was also deployed as a makeshift right-back during a 1-0 victory over Bologna in Evian last Thursday.

“Ben missed only a small part of the pre-season but around this little break he shows up in a top, top way,” Klopp told Liverpoolfc.com.

Klopp’s sentiments were echoed by Lijnders, who highlighted Woodburn’s perseverance in overcoming setbacks to feature regularly throughout this pre-season.

“Again, what a performance from Ben,” the assistant manager said following the 3-1 win over Osasuna.

“The energy he brings to the team is exactly what we stand for. Football smart, a good mover and he unbalances the opposition constantly with the ball but also with his movement off it.

“I’m so happy for him. Like many of the team it didn’t come easy for him, but he has an Anfield future.”