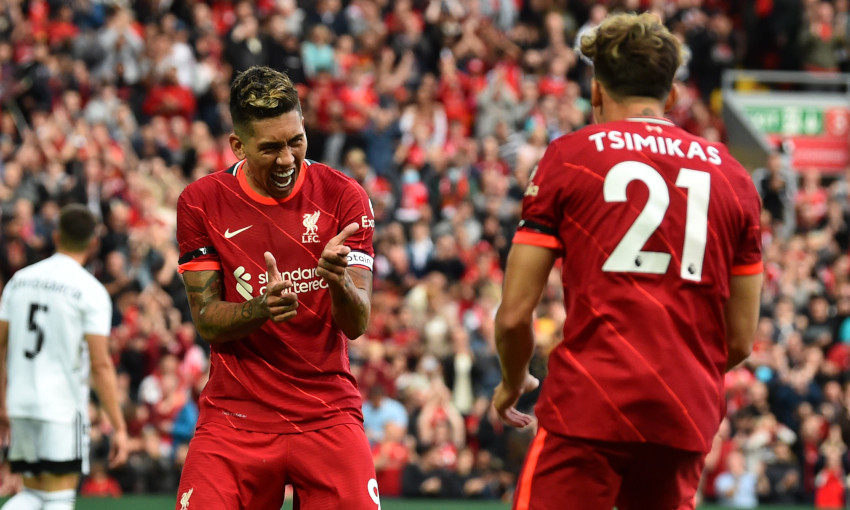 Liverpool wrapped up their pre-season schedule with a confident 3-1 win over CA Osasuna at Anfield on Monday night.

Takumi Minamino’s heavily deflected opener was followed up by a pair of close-range Roberto Firmino finishes to give the Reds full control over their Spanish opponents.

Despite continuing to make all the running in the second half, they were unable to add further to the scoresheet and the sole additional goal was headed in by Osasuna’s Kike.

But there were positives elsewhere for the hosts after the break as Jordan Henderson and Thiago Alcantara appeared for the first time in pre-season.

After a 15-minute delay to kick-off, the home side emerged – just as they had the previous day – to a fantastic noise from a crowd of around 39,000 fans.

There was also a period of applause in honour of the late Michael Robinson, the former striker who played for both clubs, and Tommy Leishman, an important figure in the early days of Bill Shankly’s reign who passed away last month.

Osasuna made a sprightly start, troubling the Liverpool backline with several early crosses, but the hosts soon moved through the gears to establish a two-goal lead.

Minamino might have provided an opener on 13 minutes as he collected Konate’s clip in behind and sped through one-on-one – but his arced low hit was thwarted by the leg of Juan Perez.

Fate defeated the Osasuna goalkeeper within a moment, however.

This time Fabinho picked out the well-judged forward run of Minamino and when the No.18 firmly fired at goal, the ball struck Jesus Areso, spun over Perez and landed in the net. 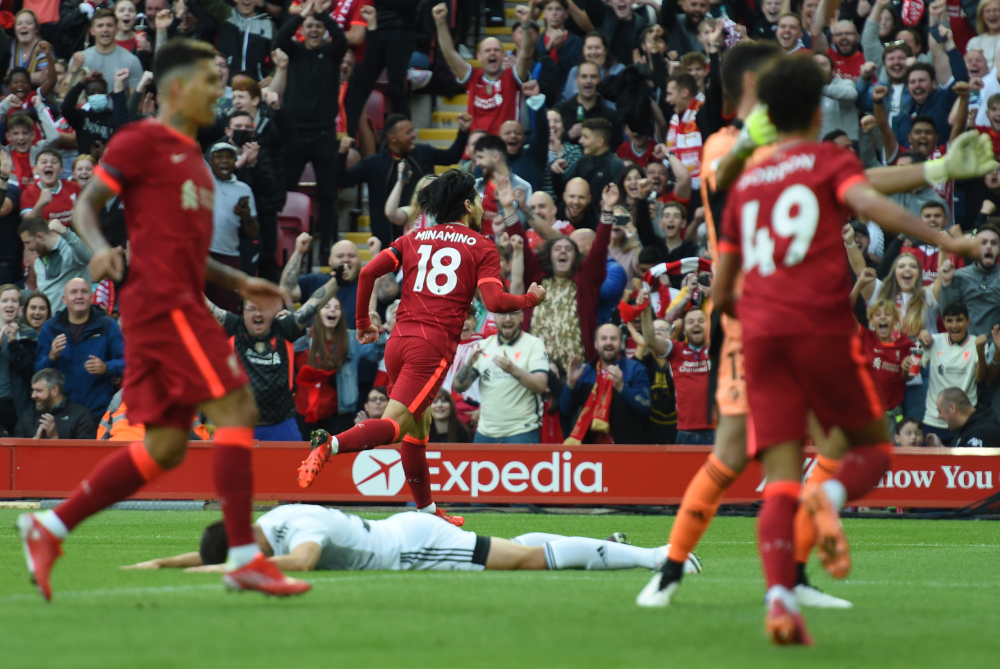 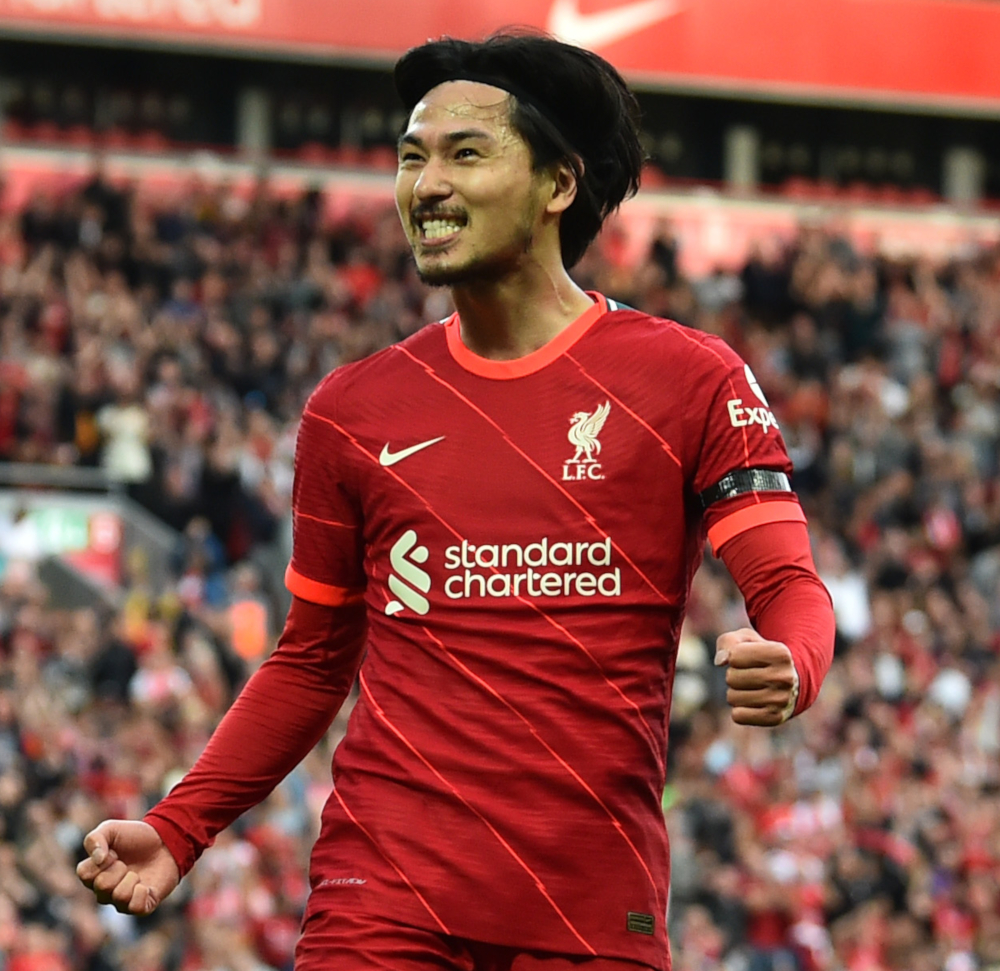 Klopp’s men needed no such fortune when they sliced through the La Liga visitors to double that fledgling advantage with 21 on the clock.

Patient, probing passing across the pitch was accelerated by Kostas Tsimikas, who completed a one-two with Minamino and swept in a plum cross that Firmino coolly tucked beyond Perez.

An increasingly positive half for Liverpool was interrupted by a knock to Curtis Jones that forced the midfielder off, with Ben Woodburn his replacement.

Alex Oxlade-Chamberlain went close to a third with a rising drive from distance that Perez scooped away from the top corner. But another goal would arrive before the interval.

When the Reds sprung Minamino free on the counter down the left, he accurately chipped into the middle, where Firmino deftly controlled with his chest and poked in off his left foot. 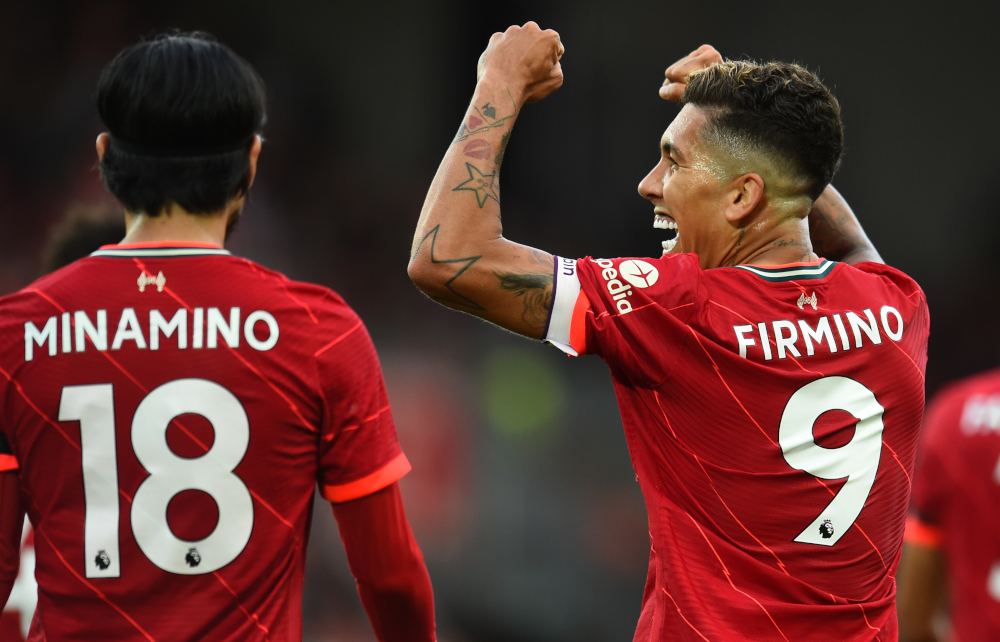 Divock Origi was introduced for Gordon at the start of the second half and the team’s buoyant display was reflected in Oxlade-Chamberlain’s attempt at a rabona finish from a narrow angle, saved by the goalkeeper.

Firmino was then denied a hat-trick as his Kop-end header from a looping Woodburn delivery was stopped. He, Fabinho and Joe Gomez were soon withdrawn with another hour of valuable time in the tank.

Thiago was among those sent on and he was swiftly joined by Henderson, the midfield pair featuring on the pitch for Liverpool for the first time this pre-season.

Osasuna reduced their arrears with 20 minutes of the contest remaining, Kike planting a downward header past the grasp of Caoimhin Kelleher having been picked out in the area by Ruben Garcia.

Henderson’s crisp pass into the right channel freed Oxlade-Chamberlain to chase a fourth Reds goal with a driven shot at the near post that substitute stopper Sergio Herrera repelled, leaving Klopp’s side to settle for 3-1 and a pleasing night’s work.