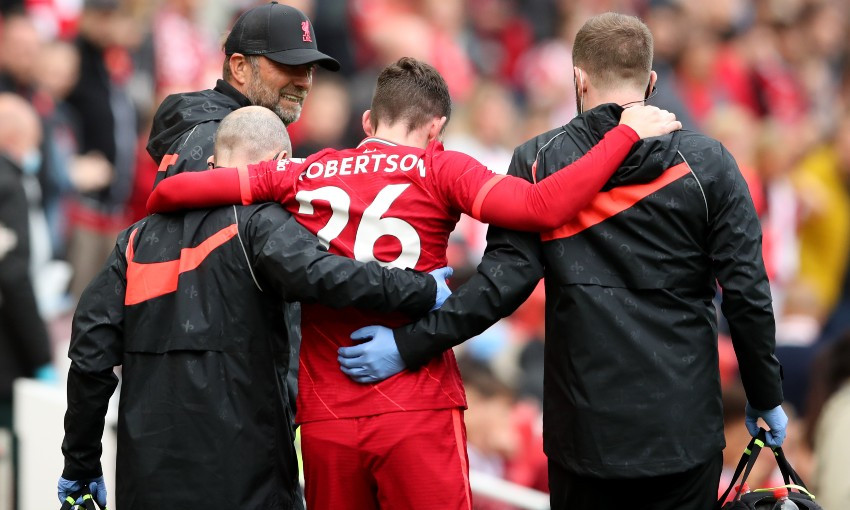 Andy Robertson will undergo a scan on Monday to determine the extent of the ankle injury he suffered against Athletic Club at Anfield on Sunday.

The full-back limped out of the action at the end of the first half of the 1-1 draw after sustaining a knock while attempting to block a cross.

Robertson will be further assessed tomorrow to identify the severity of the problem.

Jürgen Klopp told his post-match press conference: “We obviously don’t know in the moment how serious it is. It was pretty painful and that’s why Andy went off. You probably saw it on the TV pictures better than we did, but he got the ball, the ball on the front of his foot, [and] twisted the ankle.

“The pain settled already, but we cannot say anything further without further assessment tomorrow. He has to get a scan and then we will know more.”