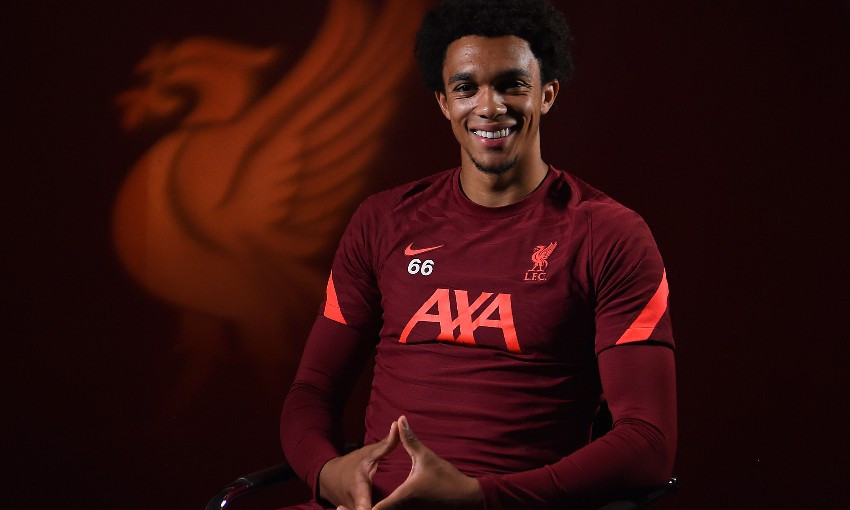 Trent Alexander-Arnold sat down for an in-depth interview after signing a new long-term contract with Liverpool FC - read it in full now.

The No.66 discussed topics including how it feels to have extended his stay at his boyhood club and his targets for the upcoming season and beyond during a wide-ranging chat with Liverpoolfc.com at the team hotel in Tirol, Austria.

Watch the interview via LFCTV GO below, or read a full transcript below…

Trent, firstly, congratulations. How pleased are you to have signed this new long-term deal with the club?

It's your club, so what does it mean to you to commit to it for even longer?

I mean, it's the only club I've ever really known. So to be here for this amount of time and extending to be here for a longer amount of time is amazing for me and my family. It's a proud moment for me – it always is – signing a new contract here. To be given the trust, like I said before, by the club and the staff is an amazing feeling.

Does that make it easier – that trust from the club and the staff?

Has the feeling of putting the shirt on changed over the years? Are you any more used to it, or is it still a special feeling? 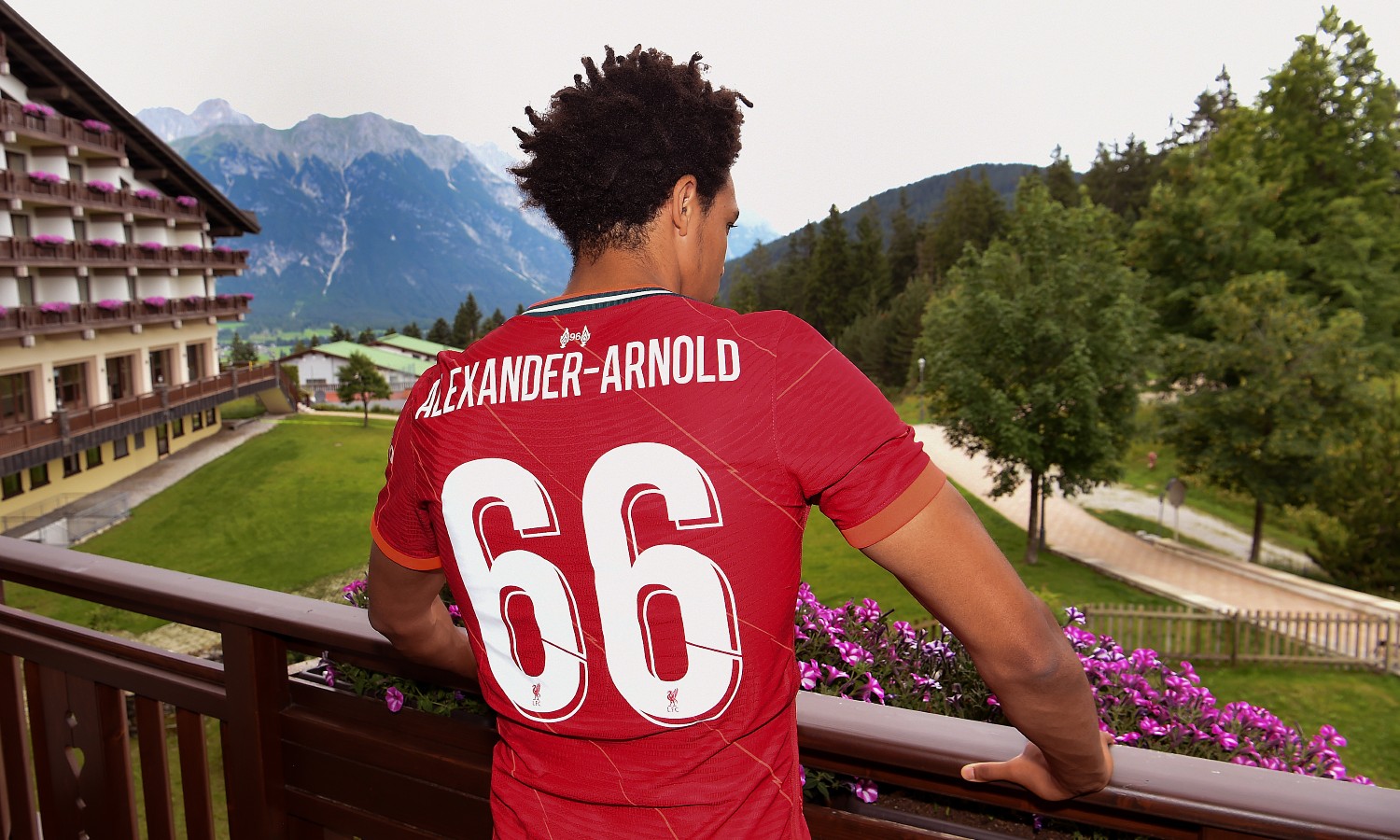 You mentioned earlier about focusing on football. There’s a big season coming up, isn’t there? What’s the feeling inside you looking ahead to that?

Trophies, really. That's always the aim, especially these days. We have our sights set on trophies, that's our aim. It's no longer top four or doing well, Europe and things like that, getting to quarters and semis. We want to be in a title run coming into May, we want to be in the Champions League final, we want to be in the domestic cup finals. We want to go as far as we can. I think this season we'll be fighting on all fronts to win as many trophies as we can. I think that season last year of not having anything to celebrate at the end of the season was a tough one to take, [but] hopefully it will motivate us to try to get our hands on some more silverware.

Just on that note, we’ve seen how intense the sessions have been in pre-season training so far. What kind of encouragement does that give you looking ahead to the new season?

Just that it's going to be a tough season. It always is. Pre-season is never easy but it needs to prepare you. Obviously we're a team that plays with high intensity, so we need to be at that level from the first game of the season. The only way to do that is to train it, so we've been training at that intensity and hopefully with the games that we've got coming up as well in the rest of pre-season we'll be able to get that over the line.

The levels are high, aren’t they?

Yeah, massively. The quality that we have, the young lads coming in as well who've not looked out of place at all and then obviously lads coming back from their respective tournaments over the summer filtering back in has been really good and increasing the quality all the time. I'm just looking forward to getting all the lads back and pushing on then.

Just going back to something you said earlier about ending the season without anything to celebrate, it really was a strange season in a lot of ways. What motivation does that give you going into the new one?

The previous seasons we were there with silverware and we were on top of the world – world champions, Premier League champions, we had everything under the belt. Then to be kind of brought back down to earth last season with a lot of road bumps in the way, speed bumps on the journey, we overcame them. It kind of felt like a little bit of an achievement to secure top four in the way that it was looking throughout the season at certain points. But I think all of us were still disappointed with how the season went. We wanted to win things, we wanted to defend the Premier League better than what we did. But that's football, we need to focus on what's coming next season and how we can adapt to that and know that we've got that hunger back in our bellies to go and win things.

Can it be a motivation, harnessing that feeling of ending the season empty handed?

Yeah, for sure. I think that each time that we won things, the previous season we just narrowly missed out on. I think it's kind of a good omen for us missing out the season before. Hopefully we can recreate that this season and get our hands back on some big trophies. Keep winning is what we want to do as a team and as a club.

When we spoke to you at the start of the camp, you mentioned having the fans back in the stadium. Just what difference can they make, especially at Anfield?

For you personally, it was maybe a mixed 12 months. What’s your mindset looking back on that and looking forward to what's to come?

It was mixed, I'd say – similar for the team really. We started off well. I picked up an injury but I couldn't really find rhythm in the first half of the season, but as a team we were doing well. I think going into Christmas we were top of the league, which is always good, and then kind of just, I don't know, hit a wall somewhere in January, February and then kind of stumbled a bit and was able to find our feet in the last 10 games of the season and showed the team and players and spirit we have as a club to keep fighting and nothing's ever done until it's actually done. I think in March, in a really difficult position quite low down in the table, being able to fight back, pick up wins when we needed to and grind out wins, last-minute winners and things like that just epitomises the club's spirit and us as a group of lads.

Are you setting yourself any targets for the new season?

Probably not too much personally. I think as a team, the main for me is just wanting to win things – and by doing that comes the individual things. You can only achieve things with playing well and doing well, getting numbers on the board. So whether I'm getting assists or goals is important but not as important as the three points. As long as I've got my hands on some silverware at the end of season, it won't really bother me what my numbers are looking like. 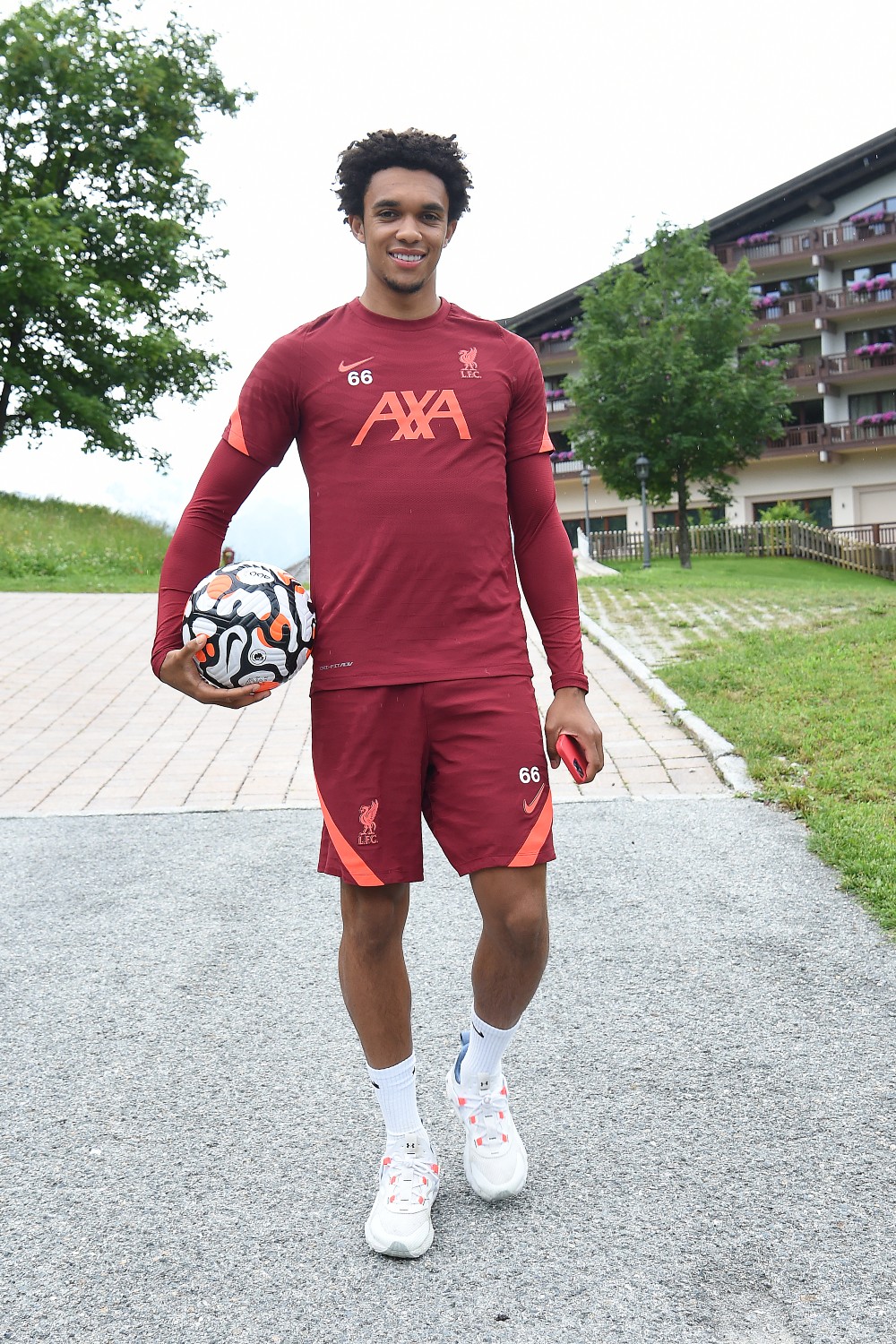 Longer-term, what are your targets? Have they changed at all in the last couple of years?

Probably a little bit. I think a few years ago it was obviously to establish myself as a regular and push on and kind of be an always-starter, someone that couldn't really be dropped. I think over the last few years I've kind of achieved that. Now it's about just winning things, leading the team as well in certain ways, being more of a leader on the pitch, off the pitch for the younger players. Establishing myself in those kind of roles as a leader would be something I've got my eye on.

It's interesting you say that because Pep Lijnders said earlier this week he’s watched you develop into a leader, ‘a future captain’ is what he said. What kind of things will you look to do to embrace that? You're still only 22 years old...

I think I've been in and around the lads enough time now to not see myself as a young player. Someone who's a mature lad, capable of fulfilling those roles and being a captain without necessarily having the armband on your arm is something that I've always wanted to try to be. So just being a role model for the younger players, trying to keep them on the right path and being there for encouragement when they need that. Just mentoring, I'd say – kind of what like Hendo and Millie were doing to me when I was a bit younger. Then just kind of nurturing them into young men that are capable of achieving anything really.

Do you take bits from the likes of Hendo, Millie, Virg?

Definitely. I've been around some amazing leaders. Those three that you mentioned were definitely up there as the three best that I've been in and around. I'm privileged to be able to pick up things and learn things from them. They're all different leaders in their own way – some lead by their actions and some by their words. But at the end of the day, leadership is leadership, and I think it's important to find what kind of role you have, who you are and don't try to be something that you're not. Try to lead in the way that's best for you to help the team.

You've a very driven and focused player but you're only 22 and you’ve won the Premier League, the Champions League, you play for the club you love. Do you ever allow yourself a moment to appreciate just what you’ve achieved so far?

Definitely, definitely. I mean it's not too often but I think I've achieved so much, I've achieved so many dreams and goals that I never actually thought I would. I live the dream every day really. Being able to represent the club and to be in and around names and players, and obviously managers and staff, that are world class every day is a privilege for me and I'm very fortunate to be in the position I am.

There’s more to come though…