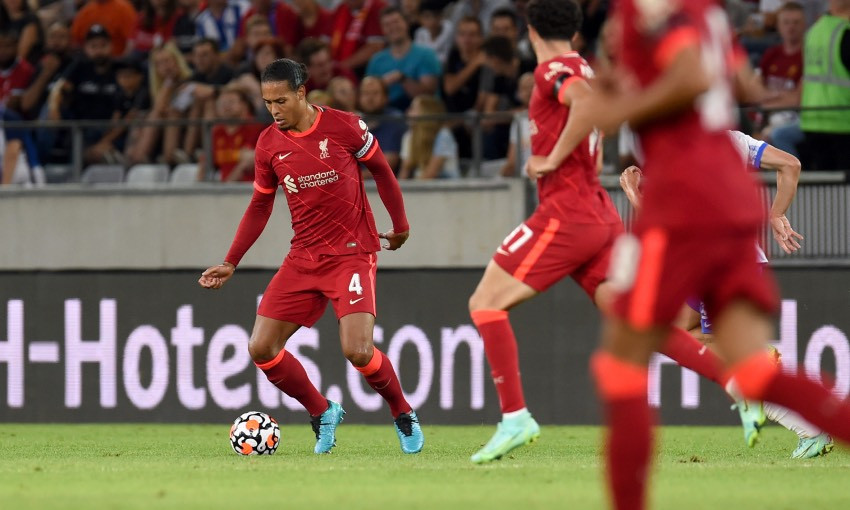 Virgil van Dijk and Joe Gomez made their long-awaited returns from injury as Liverpool were beaten 4-3 by Hertha BSC in a pre-season friendly on Thursday.

The defensive duo came off the bench in the 69th minute of the contest, which was won by two second-half finishes from Stevan Jovetic.

After months of hard work together, back on the pitch together 🙌 A fitting moment ❤️ https://t.co/l6WleegrRQ

Hertha initially took a two-goal lead in Innsbruck inside 31 minutes but were pegged back thanks to well-crafted goals from Sadio Mane and Takumi Minamino.

Jovetic came on for the Bundesliga side to net twice before Alex Oxlade-Chamberlain reduced the deficit late on with a fine volley.

The Reds started the contest well and went close to breaking the deadlock through Mohamed Salah and Mane, who were both denied by smart saves from Alexander Schwolow inside the opening 17 minutes.

Hertha took the lead a few moments later when Ascacibar stretched to reach and poke home Marvin Plattenhardt's whipped free-kick. The goalscorer collided with Caoimhin Kelleher in doing so and was forced off.

Kelleher was beaten again 11 minutes later as Suat Serdar thrashed a fine finish into the far corner from the tightest of angles.

Those goals drew a positive response from Jürgen Klopp's side, however.

Kostas Tsimikas pressed high to intercept a throw out from the Hertha goalkeeper and crossed for Mane to convert from inside the box. Then, Naby Keita won back possession in the centre of the pitch and played through Salah, who proceeded to set up Minamino brilliantly with an exquisite backheel. 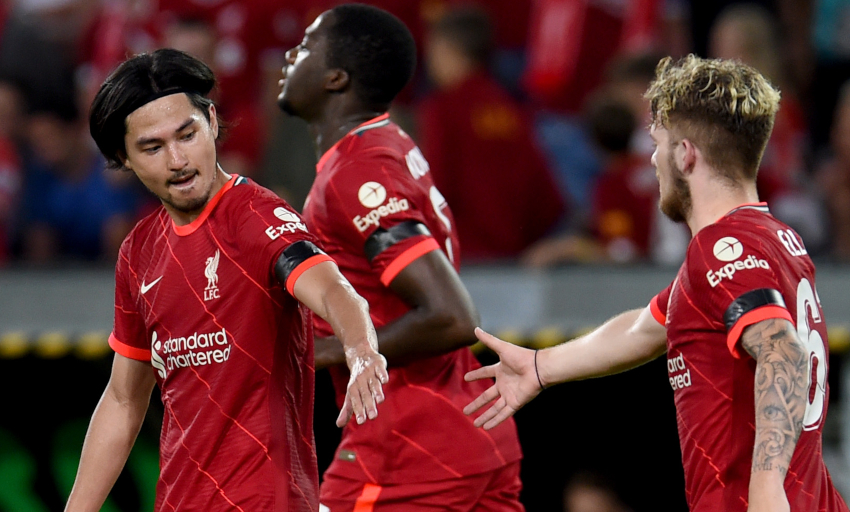 Half-time brought about six changes for the Reds, with Andy Robertson making his first outing in pre-season.

The Scot's first action was to send a ball over the top towards Mane that saw Schwolow deny the No.10.

Trent Alexander-Arnold's delivery forced Schwolow into two more saves; first, directly from the No.66 and then to kick away a Mane header off a free-kick.

The hour mark saw Liverpool make more substitutions as Diogo Jota also returned to the fold. Another substitute, 16-year-old Kaide Gordon, went close on two occasions as his good movement in the box was found by Robertson.

But Hertha regained the lead when Jovetic got in between Nathaniel Phillips and Rhys Williams inside the box to head beyond Adrian.

There was rapturous noise inside the ground entering the final 20 minutes when Van Dijk and Gomez took the field for the first time since last year.

Van Dijk was unable to stop Jovetic from running through and calmly slotting home his second of the game.

Oxlade-Chamberlain volleyed home in minute 88 to pull one back but it wasn't enough as Liverpool suffered their first defeat of pre-season.