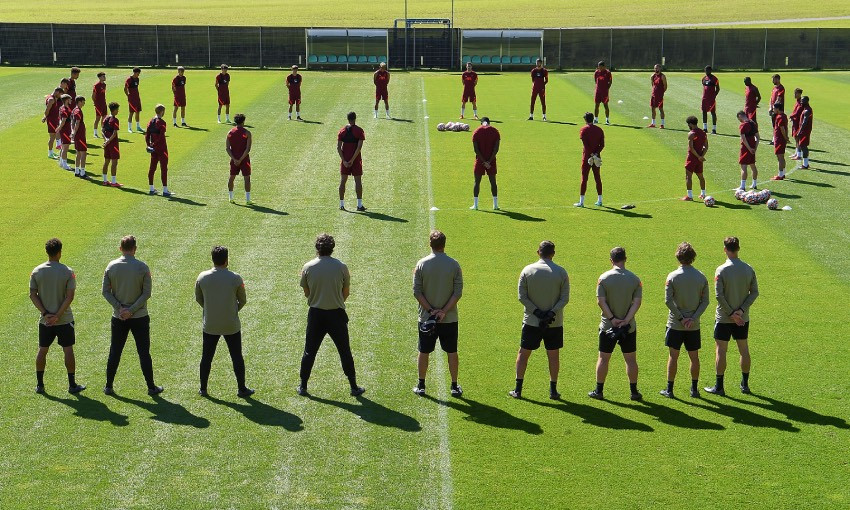 Liverpool players and staff at the club’s Austrian training camp paid tribute to Andrew Devine on Thursday morning by observing a 97-second silence.

A lifelong supporter of the club, Andrew passed away earlier this week at the age of 55. Despite sustaining life-changing injuries at the Hillsborough disaster, he continued to attend Reds matches at Anfield when possible.

Prior to the morning training session getting under way in Tirol, Jürgen Klopp gathered his players and staff together in tribute to Andrew.

Klopp said: “We found out that Andrew was in hospital last week and all of us hoped that he would make a recovery but it wasn’t to be.

“It is a very sad moment for everyone who has Liverpool in their hearts and for many others besides. We have lost an incredible person, someone who showed us all what it is to fight and who refused to give in even when the expectation was that he could fight no more.

“I did not know Andrew well but I met him when he visited Melwood when visits were still possible and all of us got to share some time with him. He had his carers with him and it was clear that they were brilliant people who did so much for him.

“We are all very sad about this news. We are sad for Andrew, we are sad for his wonderful family who cared for him for so long and we are sad for the entire Liverpool family because another life has been cut short by Hillsborough.

“All of them are in my thoughts and prayers. We will not forget Andrew. He made a big impact on all of us.”