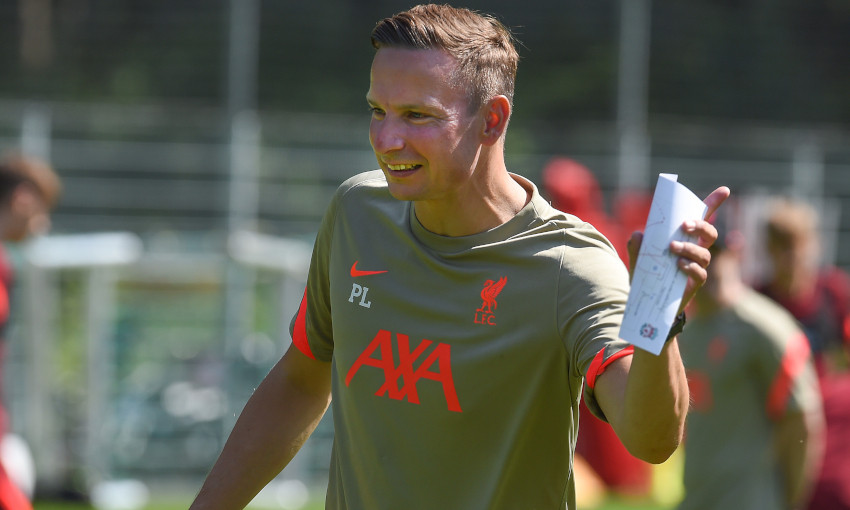 In Pepijn Lijnders' latest update in his diary from Liverpool's Austrian training camp, the assistant manager reflects on the draws with Wacker Innsbruck and Stuttgart, details the latest training work and provides details on a trip to a local lake on an afternoon off for the squad.

This week, we played our first minutes of pre-season in two 1-1 draws with Wacker Innsbruck and Stuttgart.

In terms of the positives from those matches, first of all it was that there were no injuries.

Secondly, there were so many young players involved, which is great for them but also for each kid at the Academy because it shows all of them that dreams can come true.

I really believe that the most important and decisive factor in creating players through the Academy is hope, that they know first-team staff wants to do it. The inside path deserves space in our squad, talent deserves opportunities. With time, this faith and patience will pay off with players like Trent, Curtis, Neco, Caoimhin, Rhys, Nat, Harvey and so on. The next ones are here with us, that’s one thing that’s for sure. We just need to show belief.

And thirdly in terms of plus points from the games, it gave us some feedback about the team and about the individuals. There were individual glimpses and moments with real team play. The moment where Naby, Sadio, Ox and Mo combined at full speed deserved the goal.

The reason we planned this mini-tournament in this way was to create a proper 11 v 11 training session exactly three days before the Mainz game. That’s why we only played 30 minutes. If you saw this game as a training session, it was just perfect.

It gave us also the chance to train ‘normal’ on Wednesday, adjusting a little bit and avoiding real explosive actions. It was a light MD-2, preparing the boys for the tactical day today. We will now spend the coming three sessions focusing on our structure, our ideas and creating the right habits in all different moments of the game, searching for fluidity.

Our training methodology is based on a logic and stable weekly plan that gives us the chance to develop and evolve the team, and each individual, session by session and game by game. We want to use each minute to train this one way - our way. The next three sessions will be fully dedicated specific team training. That’s why we plan carefully, prioritise and coach properly; that’s what’s most important for this moment. We focus on the process, the next game and nothing else.

The young team won the finishing tournament; Trent was using his shooting skills to lead them to victory. I told him after the games on Tuesday that in the U16s he scored so many from a big, big distance. Maybe he took that on board, or it’s just the competition between old and young… probably the latter, haha!

There were two different exercises where they had six or seven scoring opportunities from different angles and positions in and around the area, always stimulating this ‘net’ feeling.

The young team showed that every way into the goal is the right way. The ugly ones count the most, haha!

But, to be honest, the player of the tournament was Kelleher. His shot stopping and speed reactions were just insane. It shows that a goalkeeper can win you tournaments. There was some swearing from the older players towards him!

Despite Kelleher, who defended for the young team, the old, older and oldest players scored together 28 goals in total and that says a lot about the young team’s finishing skills and drive to win.

On Wednesday afternoon, we went to the Zell am See lake with players and staff on an afternoon off. The players went into the water with paddle boards and small boats, or they could just relax at the side of the lake listening to some music and enjoying some non-alcoholic cocktails.

As I said before, good people make a better team. Players have to feel we are a family. Especially now when we spend so much time together. In these moments, we get to know each other better and trust each other more. That’s the key in team sport: trust.

We almost lost Nat on the windsurf board! I think he went in the direction of the other side of the lake and couldn’t turn around!

Me, Jürgen, Jack and Vitor went on the paddle boats to the middle of the lake and enjoyed the views for a few minutes. It’s good they didn’t do the lactate testing because my legs were gone after the 45-minute boat tour... Jürgen and me did all the work, while Vitor and Jack got toured around, haha!

You know what was great as well? We had Billy Hogan with us for the last few days. Together strong, from top to bottom, bottom to top.

We are just arriving up into the mountain for our team dinner while I’m writing. Probably schnitzel again, but that’s not bad at all. While I’m sitting here and writing, Diogo just shook me ‘awake’ saying hello. It’s great to see him – fresh, fit and ready. Our pressing monster just arrived! Haha! 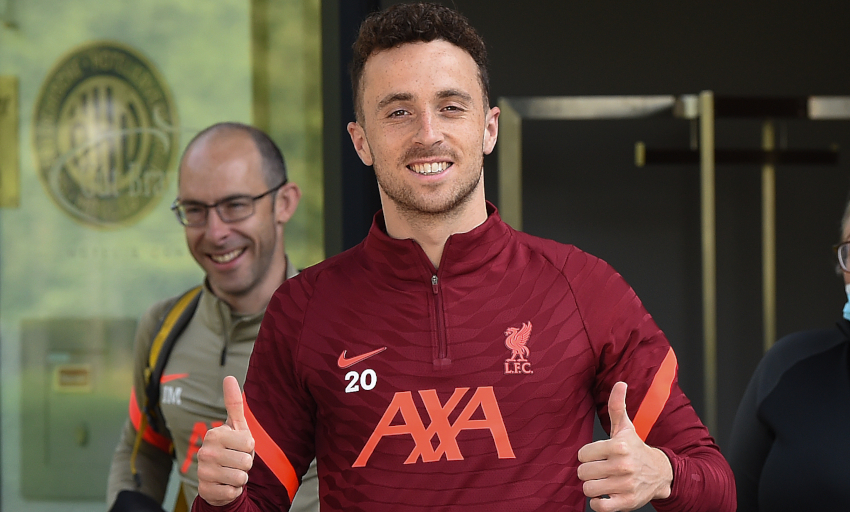 And what a day to arrive with the team, in this place, sun, mountain, restaurant. Vitor called the restaurant ‘complete madness’. He said Portuguese people are not used to the Austrian mountains.

These days together with team and staff are good. Seeing Mark our analyst together with Nat Phillips on the paddle boards shows the interaction between staff and players and it’s great to see. Ray knows how to organise special moments!

Today we are in full preparation for Mainz. This game will be another step in our development. We would like to see our principles and idea starting to go live!

We have seen it in moments on Tuesday, so now we want to increase more of that concentration and commitment with our identity.