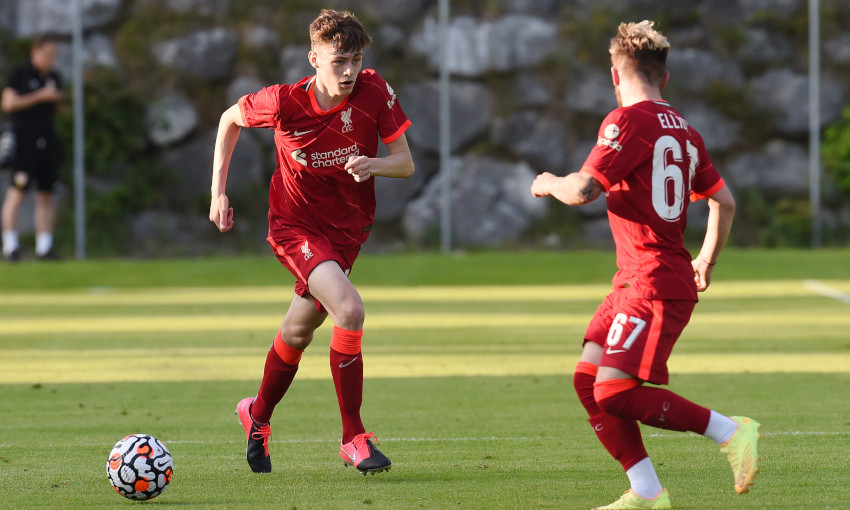 Tyler Morton and Conor Bradley were buoyant with pride after achieving boyhood dreams for Liverpool on Tuesday.

The pair were among the numerous Academy talents to feature for the Reds during the 30-minute pre-season friendlies with Wacker Innsbruck and VfB Stuttgart in Austria.

Midfielder Morton lined up for the opening match against Innsbruck, a 1-1 draw in which Divock Origi provided the Liverpool goal from the penalty spot.

It was a special moment for the 18-year-old and his family of passionate Reds – and half an hour of first-team football that he considered pleasing on a personal level.

“It’s my boyhood club,” Morton told Liverpoolfc.com post-match. “My brother and my dad went to every home game and away game we could go when I was little, and are still going now.

“To have them behind me, watching me, I’m proud to play for the club that we all love.

“I thought I did pretty well, attacking and defensively. A few sloppy moments obviously. I only got 30 minutes to play so I had to show all I’ve got and I think I did that quite well, to be honest, technically and defensively.

“It’s a lot tougher than you think when you go out there; no matter who you’re playing against, it’s going to be a tough battle.”

The first warm-up ties of the summer came on the ninth day of Liverpool’s pre-season training camp, where the squad are currently based in Salzburg.

Morton feels he is acclimatising to the rhythms and demands of the senior set-up all the time.

“Most definitely,” he said. “It’s not only adapting to first-team football, it’s adapting to the pitch, the weather and stuff like that. I’ve found it a lot easier as it’s gone.

“I’m happy to get my debut, no matter how many minutes it was. I’m just happy to play for the club I support.” 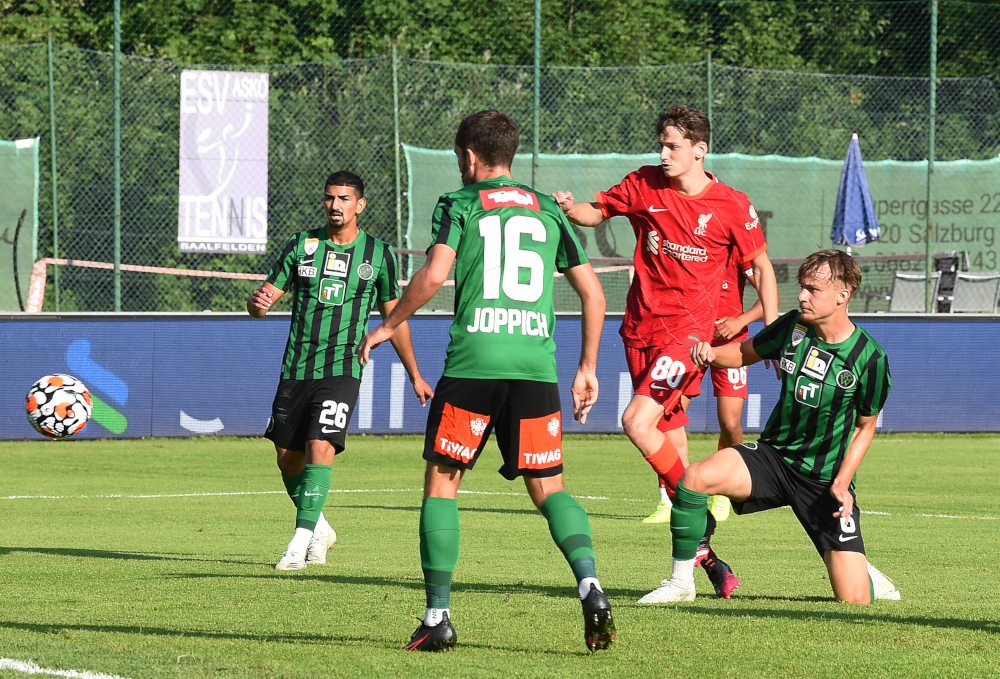 Bradley then took to the pitch against Stuttgart as part of an XI including the likes of Mohamed Salah, Sadio Mane, James Milner and summer signing Ibrahima Konate.

After falling behind, the Reds claimed another 1-1 draw when Mane converted Kostas Tsimikas’ delivery into the area from close range.

Bradley, too, was beaming with a sense of achievement at full-time.

His involvement in the Austria training camp is the latest personal milestone following a first senior international appearance for Northern Ireland in May.

And Bradley is soaking up everything he can learn from the experienced professionals around him as he seeks to improve his talents on the pitch and preparations off it.

“That’s obviously important as well for being a professional footballer: you look after yourself and look after the way you eat, how much you sleep, hydration. Watch how they do it and obviously learn from that,” said the 18-year-old.