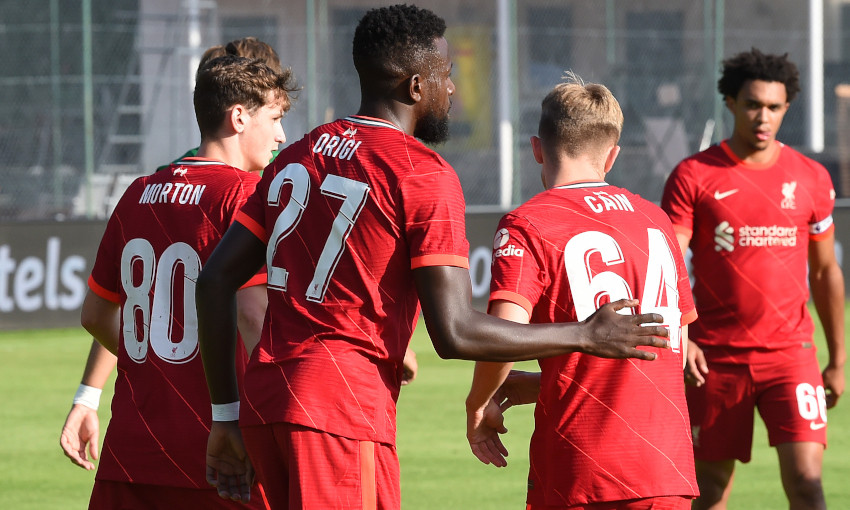 Liverpool got their pre-season campaign up and running with two 1-1 draws in mini-matches against Wacker Innsbruck and Stuttgart in Salzburg on Tuesday evening.

In a pair of 30-minute encounters, the Reds used 22 players over the course of the occasion, including a debut for Ibrahima Konate.

Divock Origi’s penalty gave Liverpool the lead in the first fixture of the night with Innsbruck; however, Ronivaldo’s header secured a draw for the Austrian side.

Jürgen Klopp’s men then had to come from behind against Stuttgart after Philipp Forster’s neat finish for the German club.

It was Sadio Mane who ensured the fixture ended in a tie when he tapped in from Kostas Tsimikas’ knock across goal.

Liverpool named two line-ups for the fixtures, with Konate making his debut in the evening’s second game against Stuttgart.

Liverpool had the lead inside five minutes after Darijo Grujcic was deemed to have handled Owen Beck’s attempted cross from the left. Origi stepped up to dispatched the resulting penalty beyond Lukas Wedl.

Kaide Gordon then scooped over from a half-cleared corner soon after, while Loris Karius was forced into a low save from Lukas Fridrikas’ low curler at the other end.

On 16 minutes, the Reds opened up their Austrian opponents in a move that resulted in Trent Alexander-Arnold sliding Gordon into space in the right channel of the area. His attempt to slot beyond Wedl was thwarted by the goalkeeper, however.

A moment later, Innsbruck were level when Ronivaldo planted a header from Merchas Doski’s delivery back across goal and into the far corner.

It was the goalscorer who slipped a ball in behind for Fridrikas to chase on 22 minutes, but Karius raced from his line to deny the attacker’s attempt.

Beck brought a flying save out of Wedl as the contest ticked towards the half-hour, but the first fixture of the night was to end level. 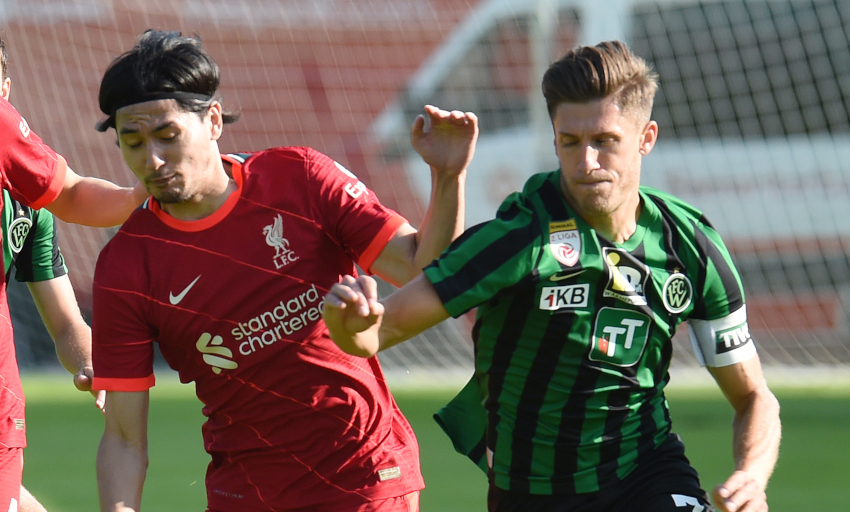 After a 15-minute interval, Liverpool kicked off their second mini-game against Stuttgart at the Saalfelden Arena, with Konate making his Reds’ bow in defence.

Klopp’s charges were prevented from opening the scoring after just three minutes when Fabian Bredlow made a fine save to deny Mohamed Salah at point-blank range after Alex Oxlade-Chamberlain had smartly slipped the attacker into space.

But Stuttgart opened the scoring moments after, with Forster finishing from Sasa Kalajdzic’s back-heel.

After heavy pressure, Liverpool’s leveller arrived in the 20th minute. James Milner swung a ball towards the back post from deep, which Tsimikas touched across goal for Mane to tap in.

Stuttgart threatened again when Daniel Didavi fizzed a low shot inches wide of Adrian’s right post, but both games were to end in 1-1 draws.