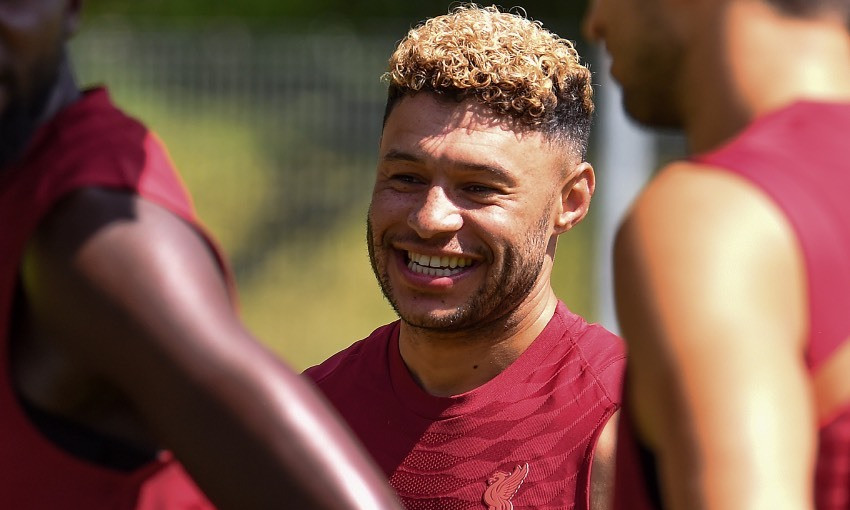 Alex Oxlade-Chamberlain playfully warned Roberto Firmino that he has competition while outlining his ambitions for pre-season and the upcoming campaign.

Liverpool’s No.15 added another string to his bow of versatility by adopting Firmino’s central attacking role as a substitute on occasion last term.

He then showcased his trademark shooting ability by working himself an angle and drilling home a left-footed drive during the late-season win over Burnley.

And, when asked about filling in at No.9 and that strike at Turf Moor, Oxlade-Chamberlain grinned while telling Liverpoolfc.com: “I was going to say, I think that’s more of a Bobby Firmino-esque goal! Bobby, be careful!

“Obviously it was nice at the end of the season to get that one. When it’s been a while it’s nice to just have that as a bit of a confidence booster and a reminder. But yeah, that sort of role that Bobby plays, the false nine, I think he’s the best in the business at it for us and in attacking situations he makes it so much easier for Mo and Sadio or Diogo, just dropping deep and leaving spaces in behind for them and then attracting people, and then defensively as well.

“But the way that role is played, it’s almost similar to a No.10, attacking-midfield role because you drop quite deep so in that sense I find it quite natural. I feel like I can run in behind from there as well and get in and around the box, and you get opportunities to shoot and score.

“So I don’t mind doing that role – but you know, I’ve still got my head more fixed on the midfield situation. But if I need to fill in and do that, then I’m confident that I can do that as well.” 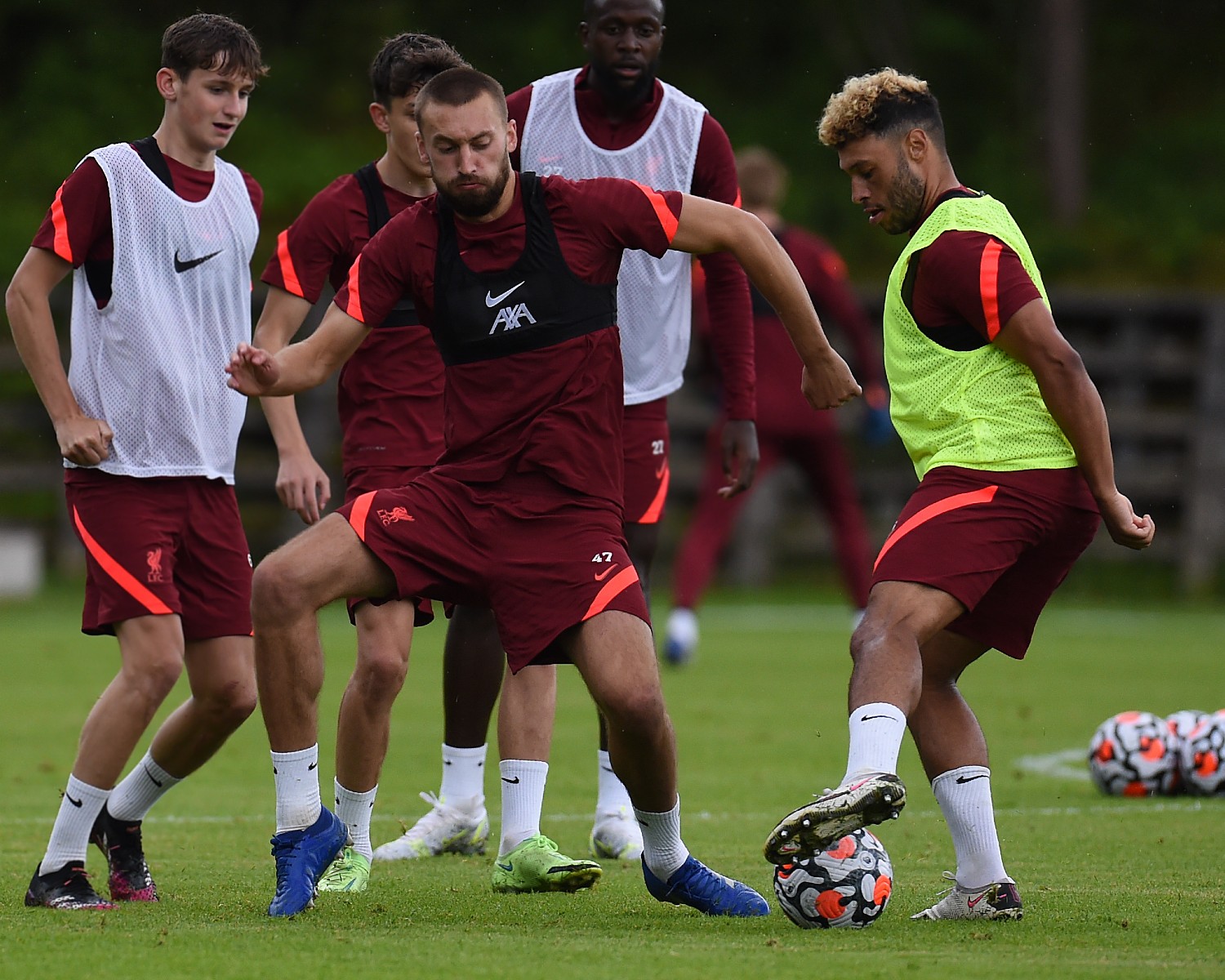 Oxlade-Chamberlain was speaking at the team hotel shortly after the Reds’ morning training session on day six of their pre-season camp in Austria.

“Yeah, it’s good,” began his assessment of the trip so far.

“I mean, pre-season’s never the most enjoyable situation, especially for the first week whilst you get going again. You’re here to work and that’s the main thing.

“Within there, there’s obviously some sessions which are really enjoyable and then there’s some where you’ve just got to grind and work hard in and get through them to build. So it is what it is in pre-season.

“So far, everything has been spot on for us: training, nutrition, facilities – everything is as good as we can hope for and that’s all you can ask for. You’re lucky to have a pre-season that’s got everything you need, including the physios and all the staff that are working really hard to make it that little bit easier for us. So no, we’ve got no complaints at all. It’s been really good so far.

“You have to keep ticking over [during the summer break], otherwise this part’s even harder than it needs to be. So of course we all did that. But yeah, you can’t really replicate coming here and the types of situations you get into when you’re actually training and competing against people at a top level again.

“So you can do your most to keep ticking over and keep your fitness up in the off-season, but this is when obviously the real work starts and I think we all have some making up to do from the time you have off.

“You have to keep ticking over to make that a shorter process to get back to that point, but yeah, I’m feeling it at the minute, for sure!”

Inside Training: Goals, games and gym work in Austria

Oxlade-Chamberlain’s pre-season stay in Austria last year was cut short by an injury that would rule him out of action for several months – and, as such, he sees this time around as something of a fresh start as he bids for more game time in 2021-22.

“I’ve made it past day three this year, so onwards and upwards from here!” he joked.

“Obviously that was unfortunate, what happened there last season. But I was back around the end of November last year [and] I don’t think I really missed a day of training. I felt good and I felt strong around the back end of the season. Obviously I didn’t feature as much as I would have liked, but things were happening with the team at the time and the main thing for me was keeping fit and keep building up and to be ready.

“So I’ve come into this pre-season feeling pretty good and I’m just building on that. I don’t like to think too much of what’s happened in the past, that’s gone. Just live in the present and at the minute I feel good and I’ve just got to keep doing that. But yeah, it’s always nice to make it past day three of pre-season!”

And, given that he has been involved since day one of this year’s pre-season programme, does the 27-year-old sense an opportunity to put a marker down in terms of Jürgen Klopp’s selection plans?

“Of course, I think that’s the same for everyone that’s here from the start. I’ve had a lot of pre-seasons in the past where I’ve been one of the later ones to return and you are kind of playing a bit of catch-up and trying to get back in as quick as you can.

“So we definitely have a nice long period, I’d say, to build back up and get fit. The longer the pre-season, technically by the time the season comes around the fitter you’ll be, so it’s an opportunity for me – just like the rest of the lads that are here – to of course work hard, impress and just put ourselves in the best place individually and as a team to be ready for when the first day of the season comes.” 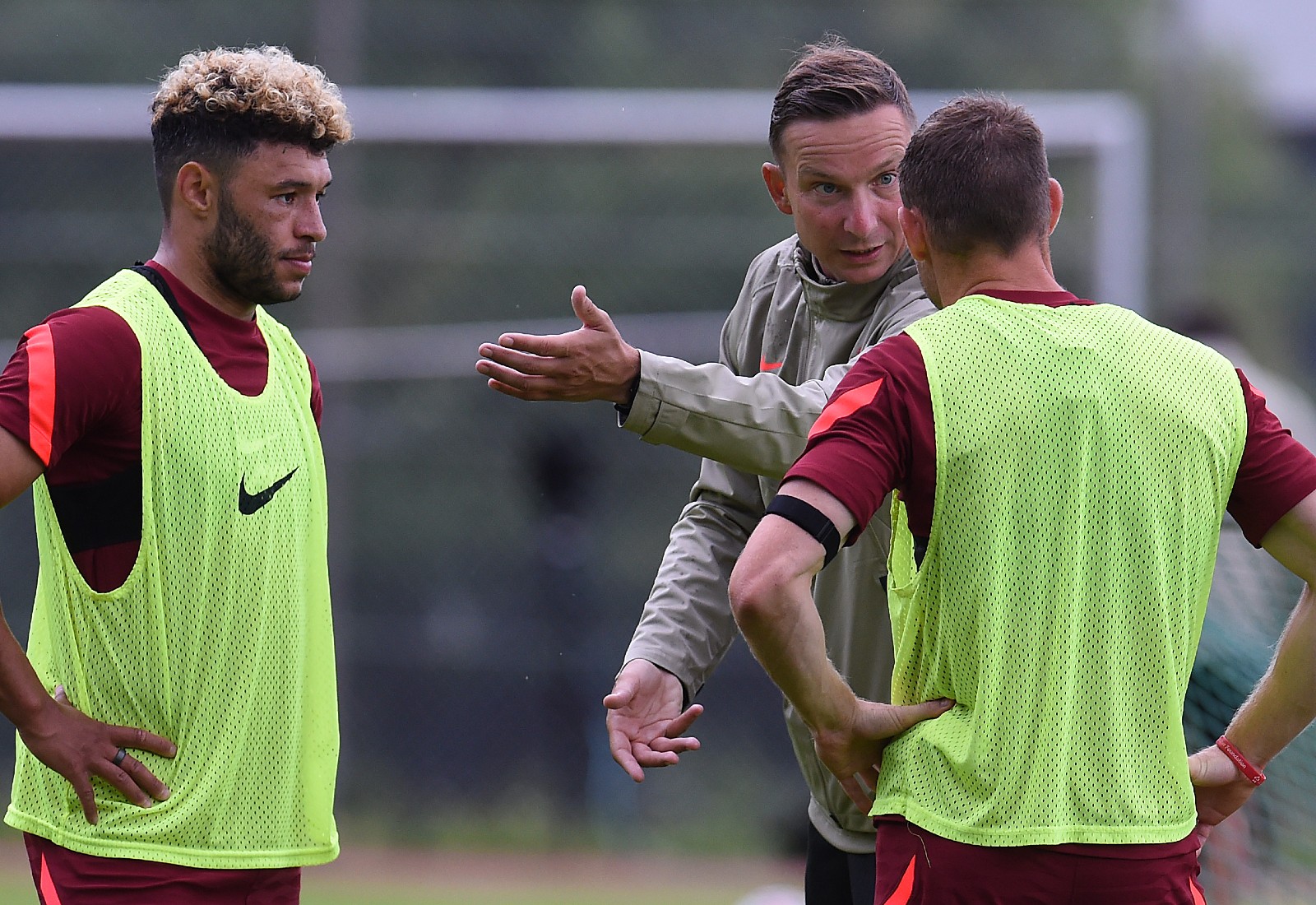 Surely scoring ‘absolute worldies’ in training won’t do his chances any harm, either?

“Has he [said that]?! That’s nice! I’m trying to think if I have – yeah, I’ve scored a few!” Oxlade-Chamberlain grinned, when Pepijn Lijnders’ words from his latest Liverpoolfc.com diary entry were relayed to him.

“But yeah, that’s obviously what I want to keep trying to do from midfield or attacking roles, just trying to shoot from outside the box. I know I’m capable of doing it, obviously they won’t all go in, but I’ve been working on that again.

“But there’s been a few, to be honest: Millie’s scored a worldie, he’s threatening from shooting from outside the box at the minute and he scored a worldie today! But that’s something that is part of my game and I need to keep doing.”