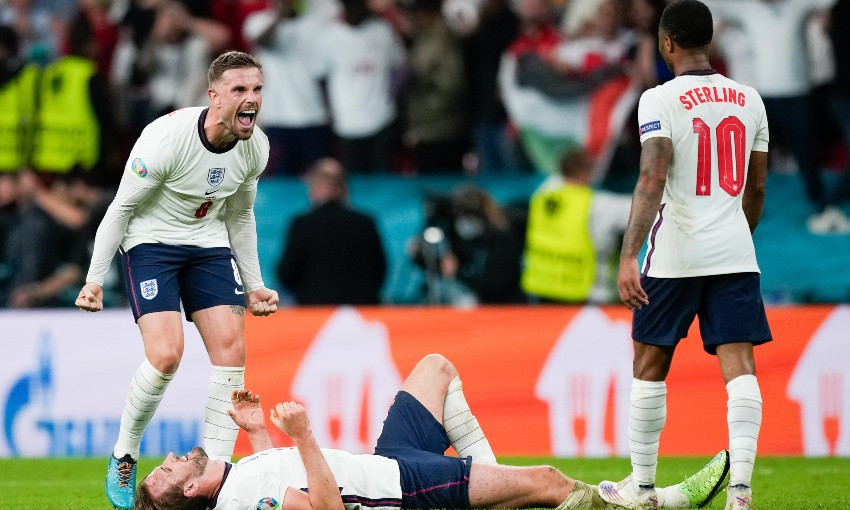 Jordan Henderson featured as England secured their place in the final of Euro 2020 by beating Denmark 2-1 after extra-time.

Liverpool's captain came off the bench with five minutes of the additional 30 gone during Wednesday's last-four clash at Wembley.

The score was tied at 1-1 at the time of Henderson's introduction, after Mikkel Damsgaard's stunning free-kick had been cancelled out by a Simon Kjaer own goal in the first half of the tie.

And, in the 104th minute, Harry Kane slotted in the rebound having seen his penalty saved by Kasper Schmeichel to book the Three Lions' spot in Sunday's final against Italy.

Not much else to say about this group!! We kept fighting till the end. One more game to go! 🦁 🏴󠁧󠁢󠁥󠁮󠁧󠁿❤️ https://t.co/Uu5Z1AoAIR