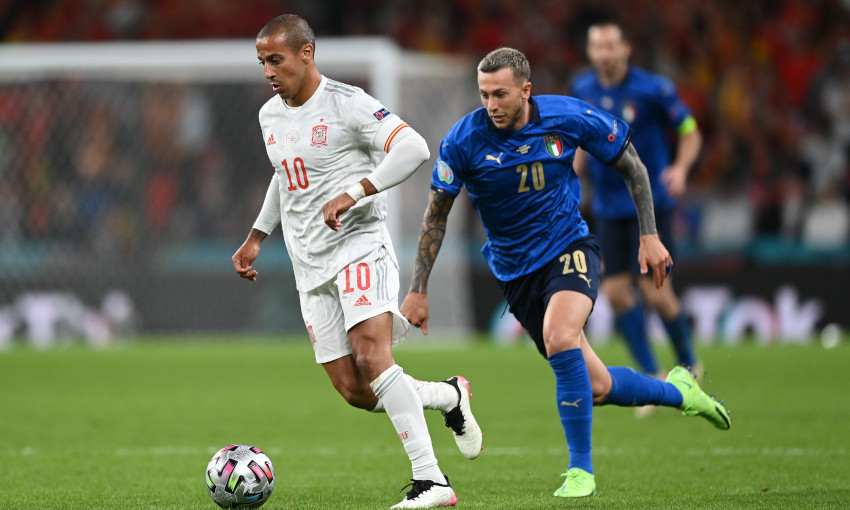 There was disappointment for Thiago Alcantara on Tuesday night as Spain were beaten on penalties in their Euro 2020 semi-final against Italy.

The Liverpool midfielder was introduced at the outset of the second half of extra-time in an enthralling contest at Wembley.

Federico Chiesa’s opening goal on the hour mark had been levelled by Alvaro Morata 10 minutes before the end of normal time.

After a goalless additional 30 minutes, during which Thiago was sent on from the bench, a shootout was required to separate the teams.

Thiago converted Spain’s third kick from 12 yards but it was the Italians who triumphed 4-2 to reach Sunday’s final, where they will face either England or Denmark.

'We aim as high as possible this season' - Thiago Alcantara