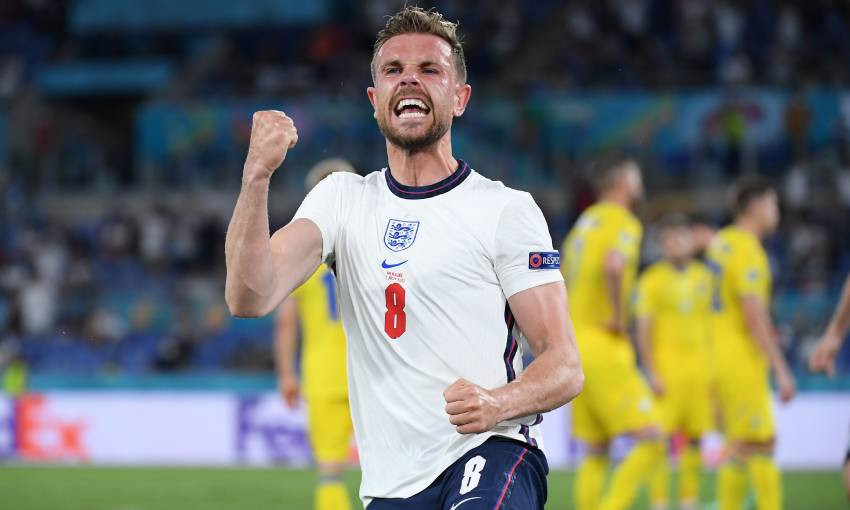 Jordan Henderson scored his first goal for England on Saturday night to help them secure a spot in the semi-finals of Euro 2020.

The Liverpool skipper came off the bench in the second half to net the fourth of a 4-0 victory over Ukraine in a last-eight tie.

Six minutes after being introduced in place of Declan Rice in Rome, Henderson found himself free in the penalty area and emphatically headed Mason Mount's corner into the back of the net.

Harry Kane (twice) and Harry Maguire were also on the scoresheet for the Three Lions, who will now play Denmark at Wembley on Wednesday.

"It's about time [for me to score], to be honest!" Henderson told the BBC post-match. "It's been a long time coming. Thankfully I managed to get on the scoresheet.

"I'm just delighted for the lads because the performance was fantastic."

It's been a tough old season for Jordan Henderson... but what a reward! His first goal for England! Watch and lis… https://t.co/Q4Ey5ycxVv