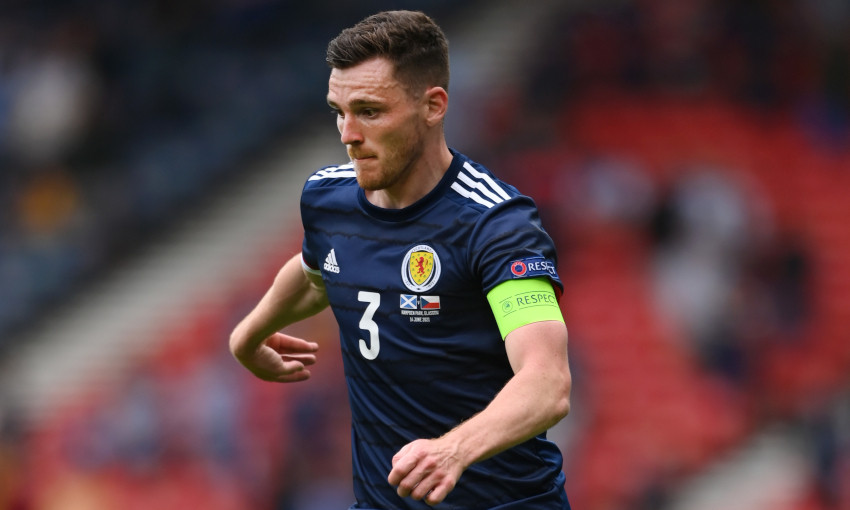 Andy Robertson played the full game as Scotland were beaten 2-0 by Czech Republic in their opening fixture of Euro 2020 on Monday afternoon.

The Liverpool left-back captained his country in the Group D clash at Hampden Park, which was settled by goals either side of half-time from Patrik Schick – the second a sensational effort from near the halfway line.

It means there is work to do for Scotland in the section, with the Czechs and England leading the way after the latter beat Croatia 1-0 on Sunday with Jordan Henderson an unused substitute.

Robertson and co next face the Three Lions at Wembley on Friday night.