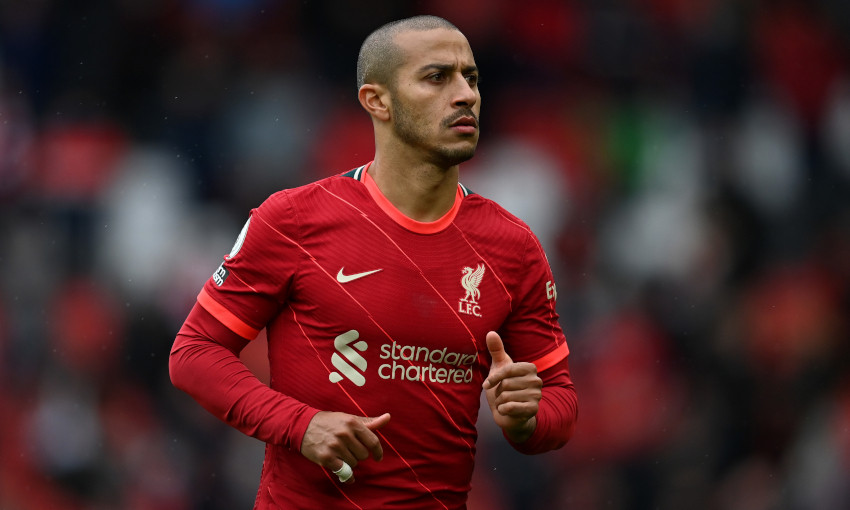 Thiago Alcantara was wowing his teammates from his earliest training sessions with Liverpool.

The Spain international joined the Reds from Bayern Munich last September but was forced to wait to make his mark on the pitch due to an injury sustained in the Merseyside derby the following month.

By the end of the campaign, however, Thiago was in full flow, producing a series of impeccable midfield performances to help Jürgen Klopp’s side clinch third place in the Premier League and a return to Champions League football next season.

That level of form came as no surprise to the squad, who were always convinced the No.6 would flourish.

“He’s unbelievable. His technical ability and knowledge of the game. His head is always on a pivot,” centre-back Nathaniel Phillips told the Liverpool Echo of Thiago.

“He always knows exactly what is around him to the centimetre. He is a good talker as well and I love how he gets stuck into challenges, I like that side of his game.

“At the start of the season, a few people were doubting him or weren’t sure about him. We were training with him day in, day out and we all knew from seeing him in training, and obviously what he has achieved in the game prior, that no-one needed to worry about him.

“You hadn’t seen anything yet. There were some moments he’d produce in matches later on that he had produced in training.

“In those moments, you know this guy is a serious player. Just to have shared a pitch with him is something I can look back on and be proud of because he is an unbelievable footballer.”