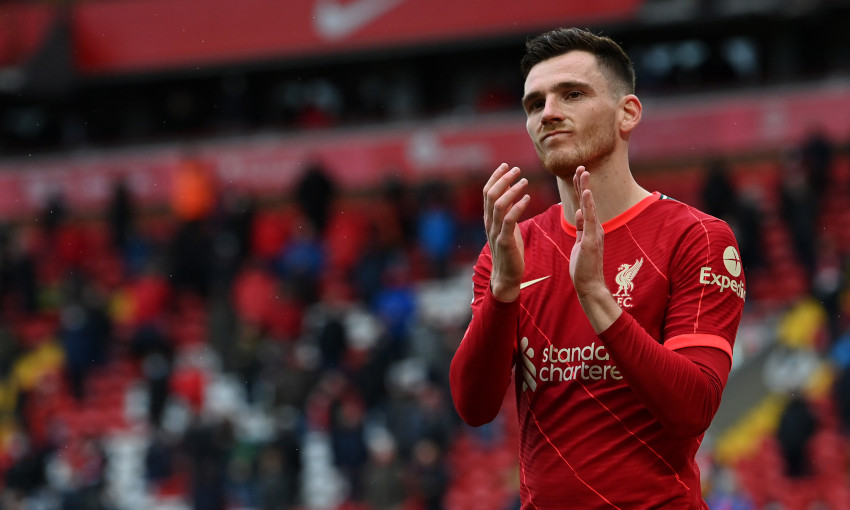 Ticking off huge historical achievements has become something of a habit for Andy Robertson in recent times.

In the space of five months last year the Glaswegian was a key part of both the Liverpool side that ended a 30-year wait for a league title and the Scotland team that ended a 23-year wait to qualify for an international tournament.

And when the Scotland captain leads his teammates out at Hampden Park on Monday June 14 for the opening game of their Euro 2020 campaign against Czech Republic, he will have sent yet another long-standing record tumbling.

It’s a slightly more obscure one, admittedly, but one that might provide a nostalgic glow to a few club legends and fans of a certain age: Robertson will be the first Liverpool player to represent Scotland at an international showpiece since 1990.

“I keep saying, that’s why we’ve been successful! You need a Scotsman in your team to be successful,” Gary Gillespie, the man whose record is due to be ‘stolen’, tells Liverpoolfc.com with a laugh.

The fates of the Liver bird and the Lion Rampant were once so intertwined that there was at least one Reds player in every Scotland World Cup squad from 1974 to 1990, with as many as three in 1982 at the height of the Alan Hansen-Graeme Souness-Kenny Dalglish axis.

By the time Italia ‘90 came around, the connection had waned slightly, but Gillespie – fresh from helping Dalglish’s Reds to league title No.18 – was there to play his part in an idiosyncratic Scotland campaign; losing to Costa Rica and rallying with victory against Sweden before an anguished 1-0 loss to Brazil meant Andy Roxburgh’s side missed out on qualification for the knockout phase by a point. 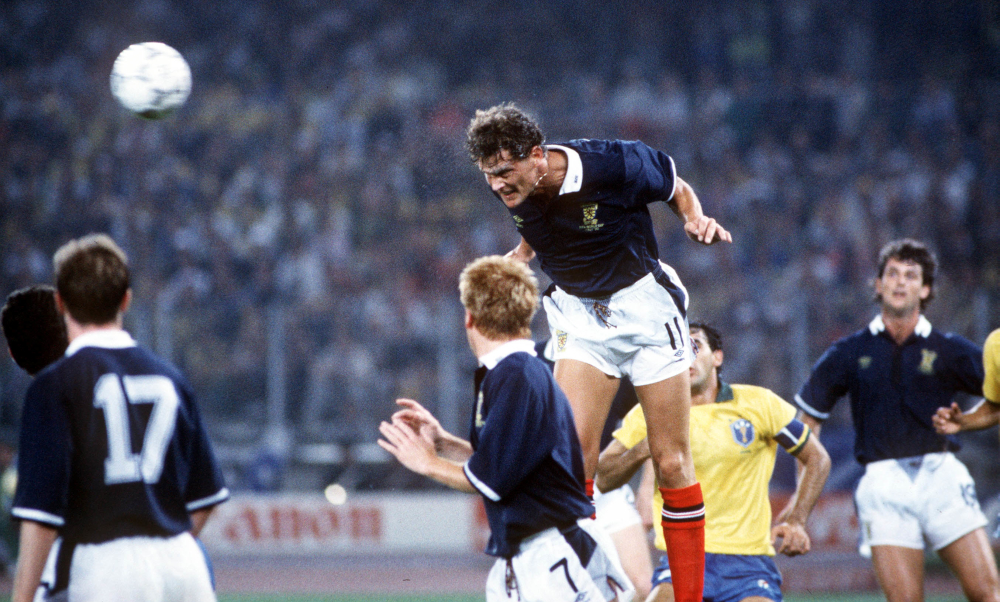 Gary Gillespie representing Scotland against Brazil at the 1990 World Cup

Robertson will be aiming for a more positive tournament experience at the European Championship and LFCTV pundit Gillespie has every confidence his younger compatriot will rise to the challenge awaiting him.

“It’s not easy being the captain of a host nation, expectation is always high,” says the three-time league title winner. “But Andy’s always first up for interviews after matches, regardless of how he’s played or how the team’s played, he puts himself out there, and I think that side of him has developed while he’s been the captain of Scotland. He takes the responsibility on his shoulders, and that’s all credit to him.

“Andy has been playing more of a wing-back role in a 3-5-2 system for Steve Clarke, but he’s comfortable doing that. That combination between him and Kieran Tierney is a good one and the left flank is one area of the pitch where Scotland have got that little bit of extra quality to really hurt teams.

“Andy’s had a long, hard season, I think he played all 38 league games, but he handles things like that well. He can’t do it on his own and the group around him have a big part to play as well, but Scotland have got a decent squad nowadays. They will go under the radar for a lot of people but there’s a lot of decent players in there, and the one thing they’ve got heading into this tournament is a little bit more camaraderie than they’ve had in the past.

“There’s a real togetherness with this squad, and when I think back to my day, the Republic of Ireland under Jack Charlton had that same camaraderie, and it underpinned their success at international tournaments. A little bit of confidence and belief in everyone around you, fighting for that cause – you’re an underdog and you embrace that.”

Perhaps most intriguing from a Liverpool perspective is what might happen on June 18, when Robertson will face off against an England side potentially featuring his club skipper, Jordan Henderson, at Wembley.

The Reds’ No.26 has previous in the fixture, having already netted against the Three Lions in a friendly at Celtic Park in 2014.

“There will be a little good-natured banter before the game, messages firing back and forward, but that’s just natural,” says Gillespie. “Back in our day, whenever you were playing against Phil Thompson, Phil Neal, John Barnes, Peter Beardsley, people like that, the Scottish guys always really wanted to get one over on the English, and I don’t think that’s any different throughout the ages! But I don’t think that will bother Andy one iota.”

As the class of 1990 learned to their cost against Costa Rica, the first game can be pivotal in determining your chances at an international tournament, but Gillespie does not believe that opener against the Czechs, set to be played in front of a reduced Hampden crowd of 12,000, is strictly a ‘must-win’ for Scotland.

“The big thing is not putting ourselves in a position where we’re already in trouble, so I don’t think a draw would necessarily be a bad result,” he concludes.

“On paper that fixture is the easiest of the three, but you can never tell how it’s going to pan out. They just need to focus purely on the Czech Republic and not get too carried away with playing England at Wembley.

“The fact there’s two games at Hampden could give you a big advantage, even without a big crowd in. Twenty-three years is such a long time, and with that comes a certain amount of nerves and trepidation, but excitement as well. I’m sure we’re all looking forward to it.

“If there is 12,000 inside Hampden, I’m sure they’ll be pretty vocal and make themselves heard, and that can spur the team on to greater things. Going in there, nobody has really given us a look, but I think we might just surprise a few people.”