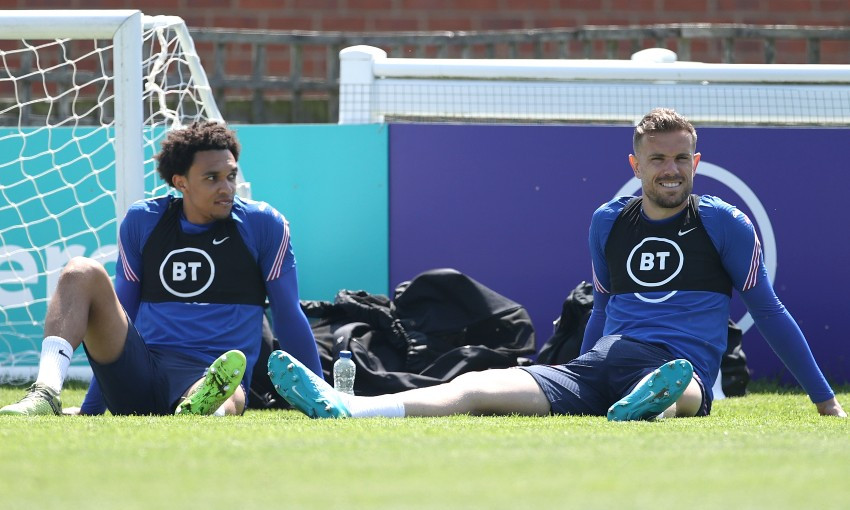 Trent Alexander-Arnold and Jordan Henderson have been included in England's final squad for the European Championship.

The Liverpool duo were among the 26-man party selected by Gareth Southgate on Tuesday.

England's preparations for the tournament will continue with friendly matches against Austria and Romania this week, before their Euros campaign gets under way versus Croatia at Wembley on Sunday June 13.

Photos courtesy of The FA via Getty Images