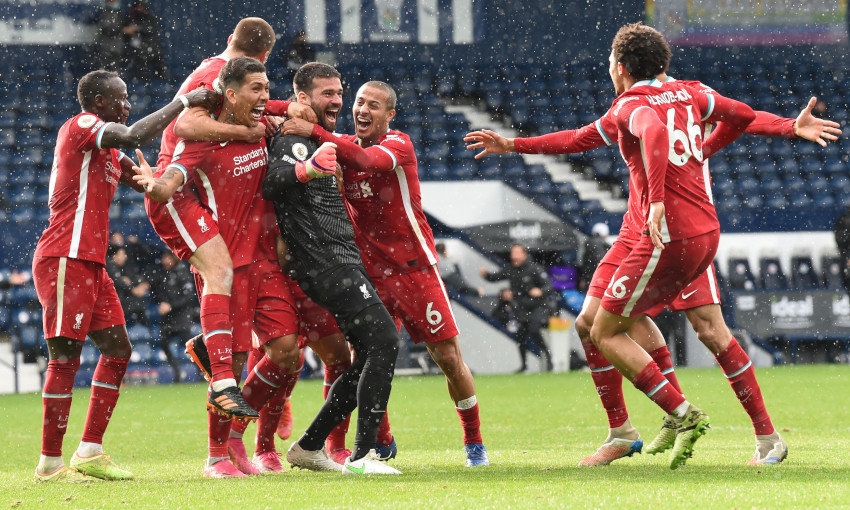 Alisson Becker's 95th-minute headed winner at West Bromwich Albion has been voted Liverpool's Goal of the Season for 2020-21.

The Brazil international became the first goalkeeper ever to score for the Reds when he came up for a stoppage-time corner at The Hawthorns last month.

He met Trent Alexander-Arnold’s delivery with a perfect header into the far corner to snatch a 2-1 win and make a massive contribution to his side claiming third place in the Premier League and, with it, Champions League qualification.

Alisson’s stunning effort amassed more than 65 per cent of the votes in our Goal of the Season poll here on Liverpoolfc.com to clinch the award.

Mohamed Salah took each of the remaining spots in the top five, with his opening-day thunderbolt against Leeds United claiming second place and the sublime counter-attack he finished at West Ham United in third.

The No.11’s precise strikes at Crystal Palace and Atalanta BC were fourth and fifth respectively.