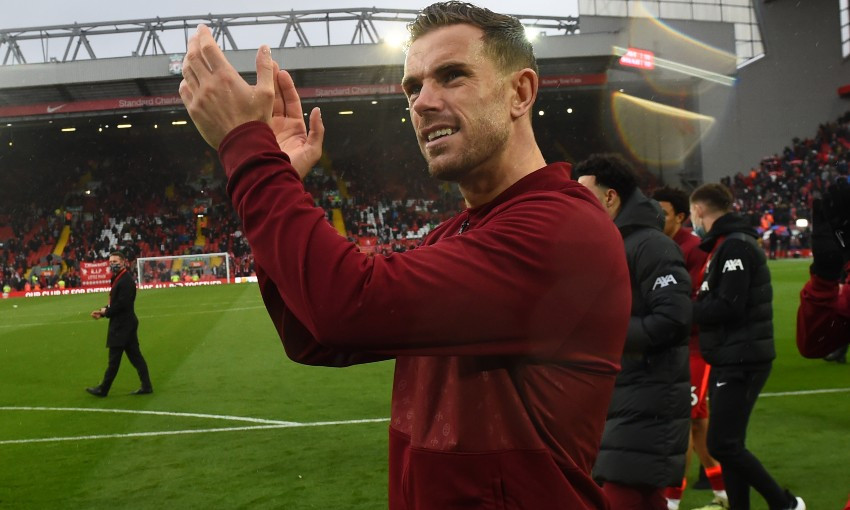 Jordan Henderson describes his gratitude to Liverpool's fans, players and staff while reflecting on an 'incredible' decade at the club.

Today marks the 10th anniversary of the captain’s arrival at Anfield from his boyhood club Sunderland.

Henderson’s time with the Reds so far has featured 392 appearances, many highs – including skippering the team to four major trophies – and several lows, too.

And, during an extended interview for LFCTV’s Henderson: The Making of a Champion documentary, which is available on demand now, he details how it feels to have spent a decade of his life and career on Merseyside.

“I just hope there’s more to come in the future. No-one ever knows what’s going to happen in the future and I know in football things change very quickly and things have to come to an end as well. I’m just very grateful that I got to spend 10 years at least at this football club and achieved the things that I’ve achieved.

“And again, I’d have to thank everybody that’s supported us along the way: fans, players [and] staff have been incredible and I’ve been so lucky and fortunate to have worked with all of them, and they’ve given us my dreams back.

“All of them together have made my dreams come true and I can’t thank them enough, really.”