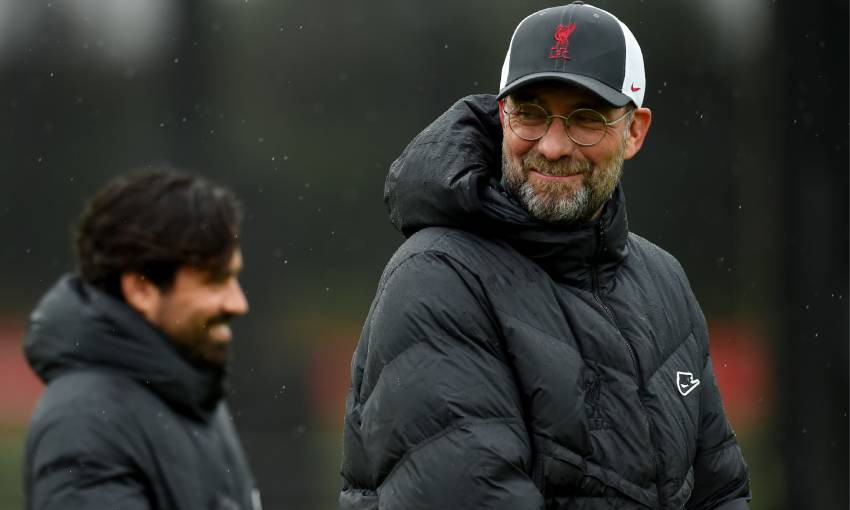 Jürgen Klopp detailed his excitement at walking out in front of 10,000 Liverpool supporters at Anfield on Sunday afternoon.

Reds will be inside the stadium for the 4pm BST kick-off against Crystal Palace to give their backing to Klopp's side as they aim to secure a top-four finish in the Premier League.

Asked what his message is for the lucky fans with tickets, Klopp told Liverpoolfc.com: "Welcome, I couldn't wait!

"Where have you been all the time? I have a lot of questions! Why we had to do that all without you?

"But Anfield, 10,000 now sounds amazing and it is. I can't wait to get out and just see the stands – I think it's all four stands, right?

Sunday's fixture is the third occasion during Klopp's reign that Liverpool have required a positive result in the 38th league fixture of a season to secure Champions League qualification.

Middlesbrough and Brighton & Hove Albion were beaten in 2017 and 2018 respectively to achieve that goal, with Klopp now preparing his players to do the same again.

"Middlesbrough, Gini Wijnaldum, great goal, stuff like this. It was a big game," he continued.

"We had a lot of important games in the last part of the season, so that's how it is. Being experienced in it doesn't mean you are always ready for it – but we will be ready.

"We fought so hard to come in this position and we will absolutely give our everything. Will we play our best football? I don't know. Will we give our absolute everything? Definitely."