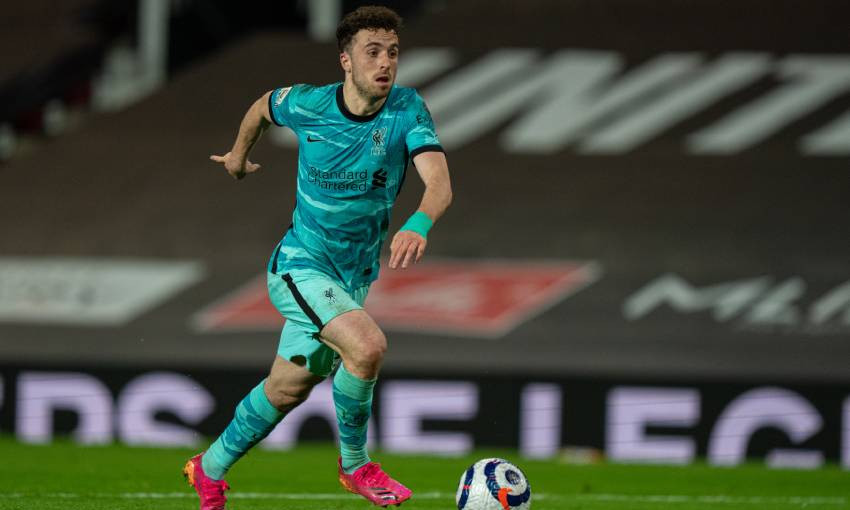 Jürgen Klopp has confirmed Diogo Jota will not play again for Liverpool this season.

The forward sustained a foot injury during the 4-2 win over Manchester United on Thursday night and will now be sidelined for the Reds’ remaining Premier League games.

“No good thing without a bad thing – so, we won at Manchester United but Diogo got something with the bone,” the manager told Sky Sports before today’s clash with West Bromwich Albion.

“Not too serious but serious enough to end the season. That’s it.”

Klopp was able to report positive news on James Milner and Alex Oxlade-Chamberlain, however, with both midfielders aiming for a potential return against Burnley next week.

“Oxlade is not in the squad, was ill a few days. We decided not to take him here just to give him now another session today that he is ready for Wednesday,” he added.

“Millie hopefully could be ready for Wednesday. We take what we get.”