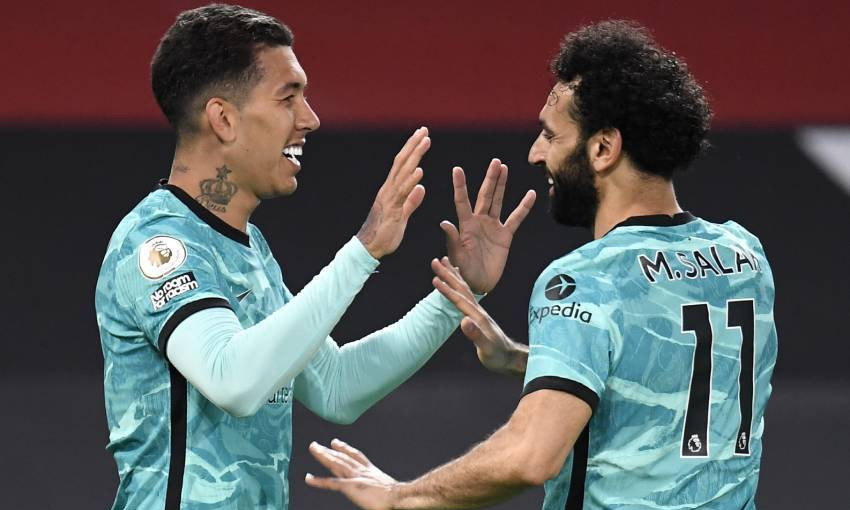 A deflected Bruno Fernandes shot put the hosts ahead early on during Thursday’s thrilling and eventful Premier League contest, but the Reds reacted to that setback in hugely impressive fashion.

Diogo Jota’s instinctive flick brought Jürgen Klopp’s side level in the 34th minute, and a powerful Firmino header made it 2-1 in first-half stoppage time.

Their advantage was extended just two minutes after the restart as Firmino coolly converted the rebound after Trent Alexander-Arnold’s hit had been saved, although Marcus Rashford pulled one back for United midway through the second half.

Further chances followed at both ends before Mohamed Salah raced clear in the last minute to stroke in his 30th goal of the season and seal a victory that could prove vital in Liverpool’s quest for Champions League qualification.

Firmino came in for Sadio Mane in the only change to Liverpool’s starting XI, while Divock Origi and Caoimhin Kelleher returned to the bench following injury.

A pass fizzed into Firmino’s feet by Alexander-Arnold earned the visitors an early sight of goal but, rather than shoot, the Brazilian sought to find Jota with a cut-back that a sliding Eric Bailly diverted wide.

But it was United who took the lead with 10 minutes played, when Fernandes received the ball from Aaron Wan-Bissaka and saw his subsequent effort deflect in off Nathaniel Phillips.

Liverpool responded positively and another fabulous Alexander-Arnold pass – this time a devilish, clipped ball into Jota in the penalty area – nearly created an equaliser, only for Dean Henderson to rush out and smother the danger as the Portuguese looked to convert.

The Reds were awarded a penalty midway through the half, with Anthony Taylor pointing to the spot after Bailly had collided with Phillips, but the referee overturned the decision following a VAR review.

However, they quickly shook off that disappointment to deservedly level through Jota, who imaginatively redirected Phillips’ drive across the box home following a corner he won via a snap-shot that was tipped over the crossbar by Henderson.

And the continuing enterprise of Klopp’s team was further rewarded on the stroke of half-time, when Firmino expertly planted home a back-post header from Alexander-Arnold’s pinpoint free-kick delivery. 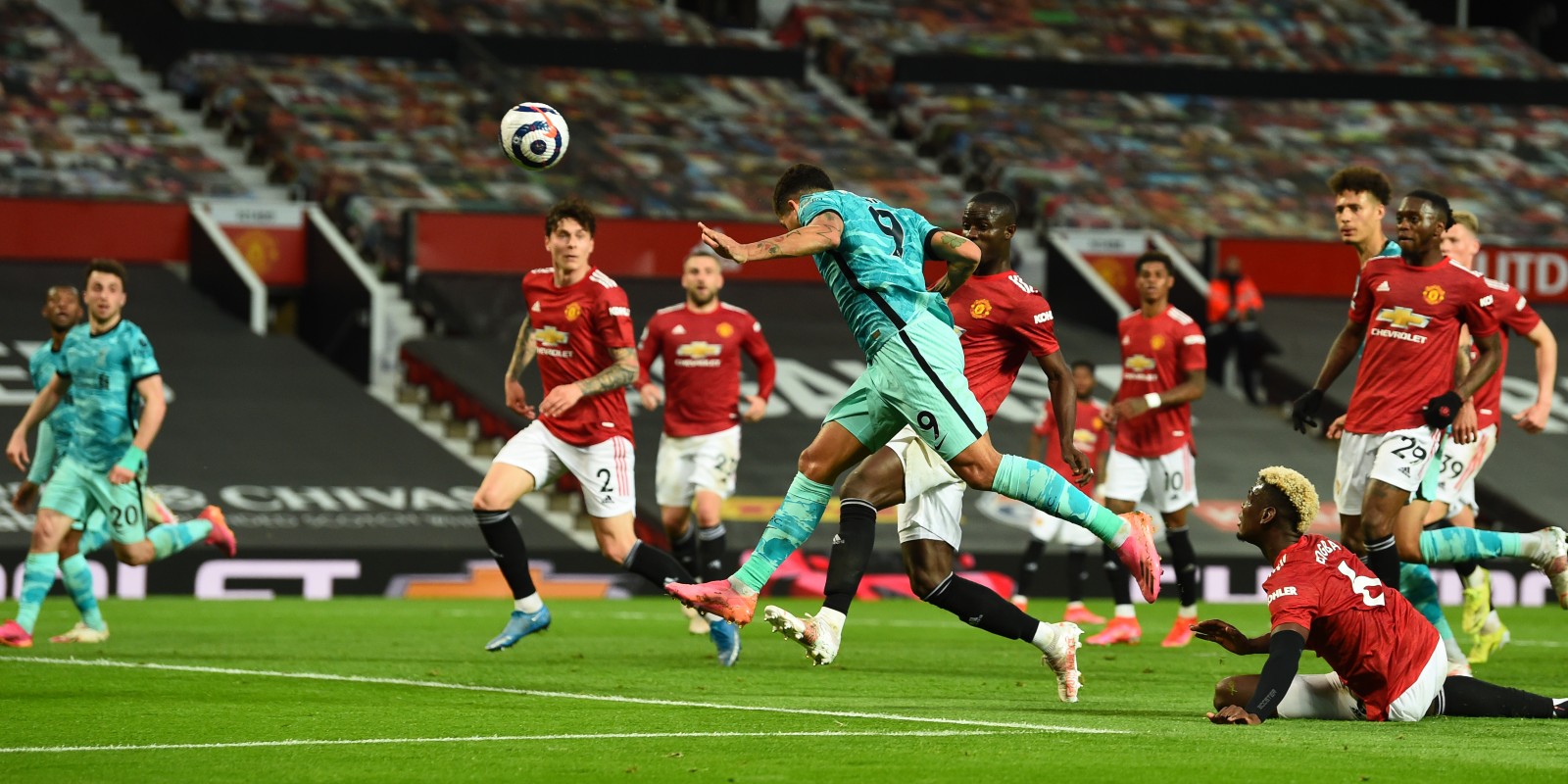 Within two minutes of the restart, it was 3-1 – and again, Alexander-Arnold and Firmino were the primary protagonists.

Fred ceded possession as Liverpool pressed high up the pitch. Alexander-Arnold duly blasted a shot goalwards that Henderson could only parry, with Firmino on hand to confidently tuck in the loose ball.

Buoyed by their complete control of the match, the Reds could have added a fourth just before the hour when Jota smashed a shot off the post at the conclusion of a sweeping team move.

They failed to capitalise further on their spell of dominance, though, and United quickly reduced the deficit as Rashford finished Edinson Cavani’s throughball.

Brilliant defensive work from Phillips and Rhys Williams then thwarted Mason Greenwood; the former clearing off the goalline before the latter blocked the forward’s follow-up effort.

And Salah finally relieved the visitors' tension; the Egyptian latching onto Curtis Jones' pass and speeding away from the halfway line prior to slotting calmly past Henderson.