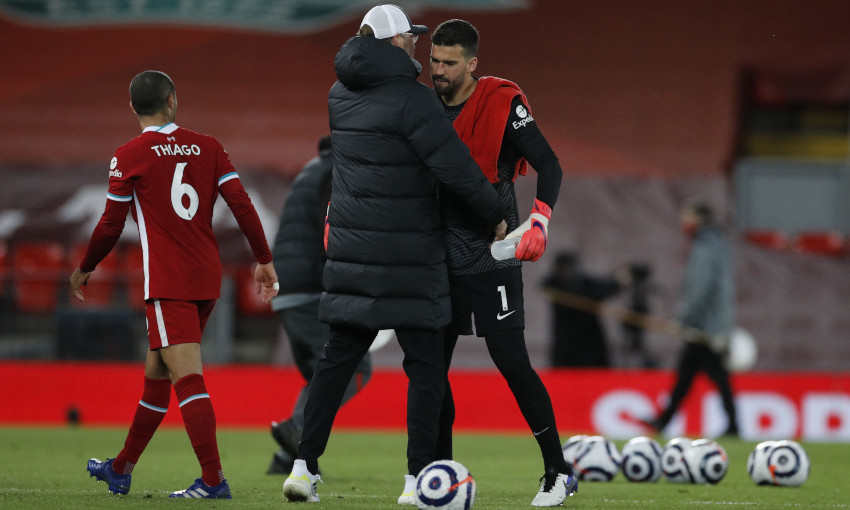 Liverpool are looking up the table again after boosting their top-four ambitions with a 2-0 win over Southampton at Anfield on Saturday night.

Goals in either half of the Premier League clash from Sadio Mane and Thiago Alcantara – plus a number of important interventions by Alisson Becker – secured three much-needed points for Jürgen Klopp’s Reds.

Here are five talking points from the evening…

Liverpool’s gap to the Champions League qualification places has been reduced to six points after they capitalised on Leicester City’s defeat on Friday night.

The Reds had to dig deep to do so and, having conceded late equalisers when winning 1-0 in each of their previous two top-flight games, bucked that frustrating trend through Thiago’s precise finish in added time.

Leicester, who were overturned 4-2 by Newcastle United the night before, are now the nearest target for Klopp’s men in their push to qualify for next season’s European Cup.

Sixth-placed Liverpool hold a game in hand on the Foxes, too, with both sides set to take on Manchester United at Old Trafford in the coming week.

Chelsea are a point further clear in third following their win at Manchester City, while West Ham United host Everton on Sunday afternoon.

“The only thing we can do is [keep] winning our games,” said Klopp of a battle that seems ever more likely to be fought until the final day of the campaign.

Thiago gets his moment

When Thiago dispatched a low strike beyond the reach of Southampton goalkeeper Fraser Forster in minute 90, the goal brought relief for the Reds.

And it also provided the Spain international with a personal moment he and his supportive teammates have craved since he joined the club from Bayern Munich last September.

“For sure it is very special because it is my first goal,” said the midfielder shortly after his breakthrough at the Kop end. “I hope it is not the last.” 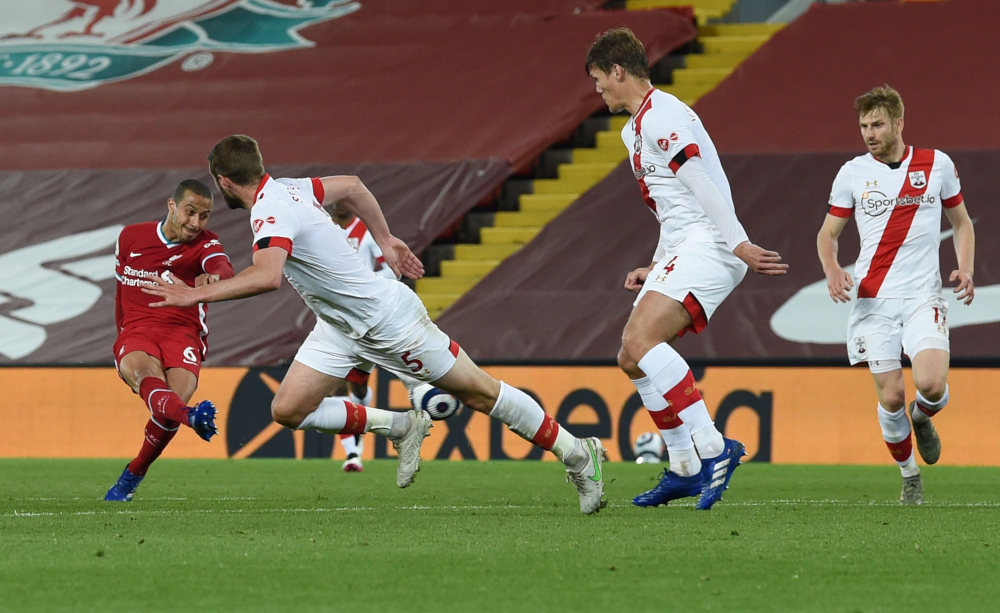 Encouraged to try his luck as he carried the ball to the edge of the Saints area – not least by a booming ‘Shoot!’ from Georginio Wijnaldum – Thiago’s side-footed curler was perfectly aimed to suit player and team.

Alisson shines at the other end

Liverpool’s gritty victory was achieved with a hefty helping hand from their No.1.

In a pivotal minute of play at Anfield, Alisson stood strong and tall to prevent Che Adams from finishing off a Southampton counter-attack before the hosts surged the other way and Mane broke the deadlock with a header against his former club.

Alisson later shut down Michael Obafemi in similarly alert fashion, then scooped up Adams’ effort from his own misplaced pass out of the penalty box.

In total, the Brazilian recorded six saves to preserve a timely clean sheet – the Reds’ first at Anfield in the Premier League since January – and claim the Man of the Match award.

A clean sheet and plenty of big saves 💪 @Alissonbecker is your @carlsberg Man of the Match for #LIVSOU 🙌 https://t.co/EcewOsL8eN

In front of Alisson, the manager was forced into another defensive reshuffle due to a series of minor injury concerns within the squad.

Ben Davies and Ozan Kabak were unavailable at the back, while James Milner and Naby Keita missed out in midfield, meaning Fabinho returned to his natural role and Rhys Williams partnered Nathaniel Phillips at centre-half.

It was only the second occasion the pair have begun a match as a combination, and marked Williams’ first appearance in a month and first start in two. 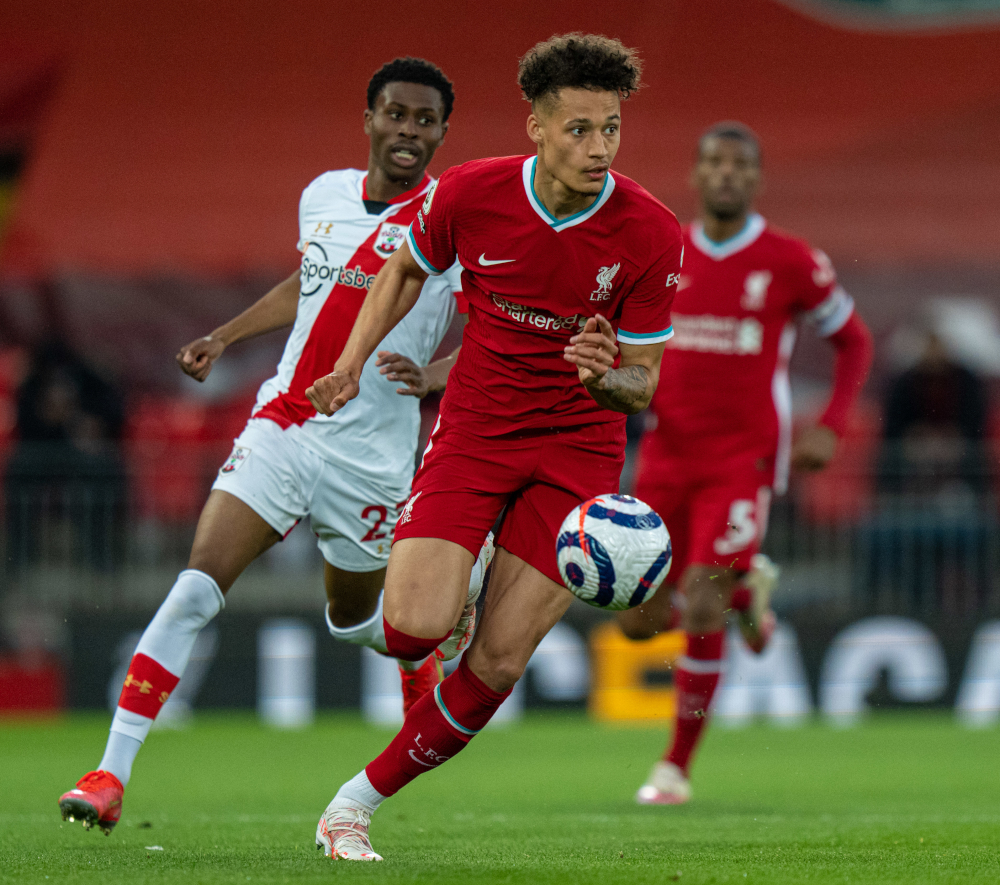 But with Phillips, the elder of the duo, guiding his teammate through the match, they again fulfilled Klopp’s faith and belief to help clinch a vital result.

“Nat’s a top defender,” reflected Williams. “He’s got bags of potential and he coached me through the game for some of it, so I’m really happy I could play with him.”

Hope for the future

It will be hoped by everyone that Saturday’s contest can be the last played without any supporters in attendance at Anfield.

That will represent the largest number of fans inside Anfield since March 2020.

“I hope so,” said Thiago of the prospect of matches being played without supporters coming to an end. “We have huge fans; they want to know the stadium, they want to visit the stadium and they want to watch us live again.

“I think it would be a double joy to have the fans and also the family here with us.”