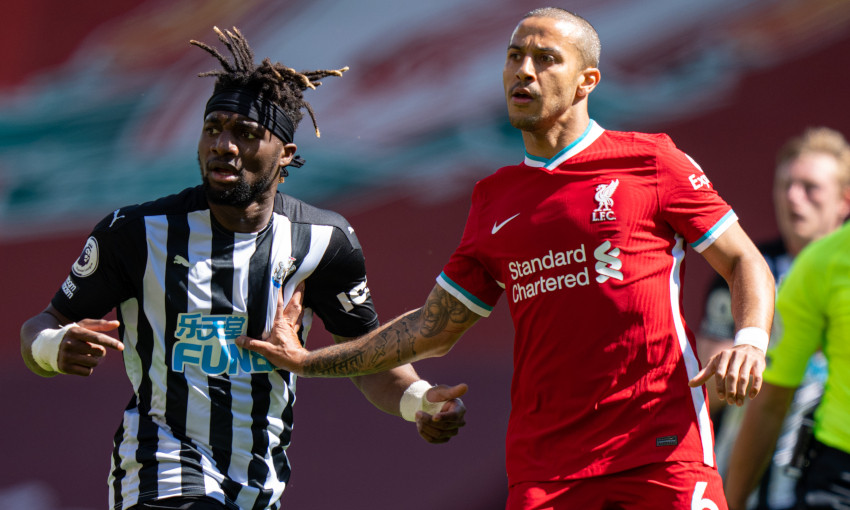 Thiago Alcantara rued Liverpool's failure to capitalise on the chances they created in a frustrating 1-1 draw with Newcastle United on Saturday.

The Reds raced into a third-minute lead in the Premier League clash at Anfield courtesy of an exquisite finish from Mohamed Salah, his 20th in the division this season.

But the hosts were unable to add further to the scoresheet despite fashioning a series of strong opportunities, leaving the door ajar for Newcastle to level.

“We could for sure have scored a lot of goals in the first half but at the end, you are dominating the game, winning 1-0 so you have to close the game with 1-0. It’s the essence of the sport,” Thiago told Liverpoolfc.com post-match.

“Your aim is to win and we didn’t deserve to win this game because we conceded.

“It creates for sure a disappointment in the team [when chances aren’t taken]. We were in a high energy bringing the game in the first half, with chances.

“And when we don’t score it looks like the team comes down, but it didn’t happen – we tried to be in the mindset for the second half but we didn’t come through as we have to.” 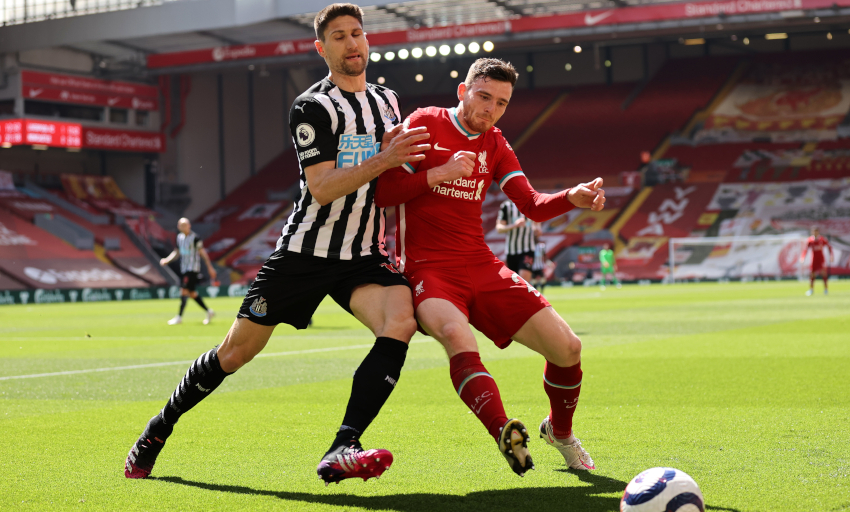 Asked how the Reds can become more ‘decisive’ again in such scenarios, Thiago continued: “It’s about scoring goals. We scored very early and then we had plenty of chances to score more.

“If we score twice, the game opens for us and if we score we feel more comfortable with our game as well and the other team opens and we can even score more. But it is what it is. When you don’t score, you [can] concede.”

The outcome meant Jürgen Klopp’s side collected just a point in their chase for Champions League qualification ahead of a contest between two other teams in the race, West Ham United and Chelsea.

“It was a big chance,” said Thiago.

“Between Chelsea and West Ham they can draw or one of them can lose and we were there, but to be in the Champions League we have to deserve it.”

Liverpool must now rally themselves for a trip to Old Trafford next Sunday as they attempt to secure a top-four finish in their remaining five fixtures of the season.

Thiago added: “Every game is huge for us. It’s a great chance to be there, but we are not taking the chances to be in the top [four].

“Now we just have to rest a bit, rethink, and review this game because it will be a tough game next week.”

Thiago Alcantara: I'm not satisfied with my form, I always want more