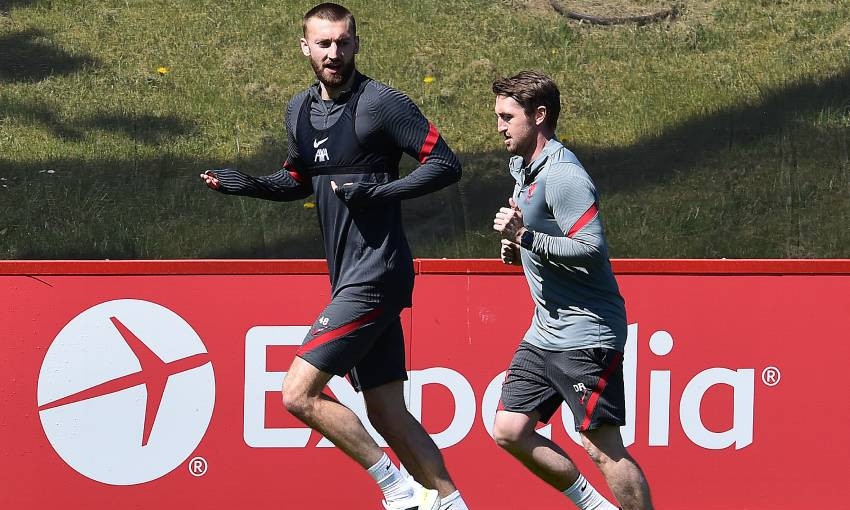 Liverpool will continue to be without Nathaniel Phillips against Newcastle United on Saturday but are boosted by the return of Curtis Jones.

Phillips missed Monday night's draw at Leeds United with a hamstring issue, while Jones has been absent from the Reds' last three matches due to a muscle complaint.

Jordan Henderson also remains sidelined with the groin injury he sustained in February.

However, Diogo Jota is in contention to appear against Steve Bruce's side at Anfield in the 12.30pm BST kick-off.

Speaking at his pre-match press conference on Friday, Jürgen Klopp said: "No, Nat Phillips is not back. Curtis is back, yeah, that's true. All the others not."

On whether there was any update as to when Henderson might be available, the boss replied: "Not really, I don't know.

"Nobody told me, so it's for sure not in the next couple of weeks."

Diogo Jota on his first year at Liverpool, UCL aims and Porto return