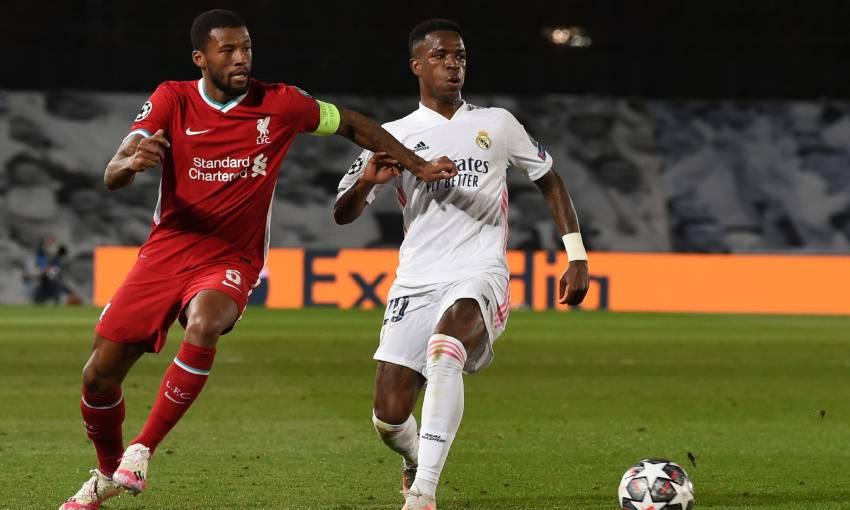 Georginio Wijnaldum rued Liverpool's slow start that contributed to a 3-1 defeat by Real Madrid in the first leg of their Champions League quarter-final on Tuesday.

Zinedine Zidane's side will take a two-goal advantage into next week's return fixture at Anfield following finishes by Vinicius Junior (two) and Marco Asensio in the Spanish capital.

Mohamed Salah netted an away goal for the Reds shortly after half-time to make it 2-1, though it was quickly followed by Vinicius' second of the encounter.

Asked if he felt the opening 45 minutes was where the game slipped away from the visitors, Wijnaldum told Liverpoolfc.com: "Yes, for sure.

"You saw how we gave the goals away and how we played when we had the ball – it was not good enough.

"When we recovered the ball we gave it away too quickly and that's why we had to run a lot and that's why the first half was really intense, really heavy and hard.

"I think that was more because of the way we were playing. That killed our first half.

"On the weekend when we had the ball we were really good, played good football, and when we lost the ball our counter-pressing was good.

"Today, in a lot of moments the counter-press was good but when we had the ball we didn't keep it long enough to come in the game.

"That brought them in the game because they recovered the ball really quick and that's how they created chances." 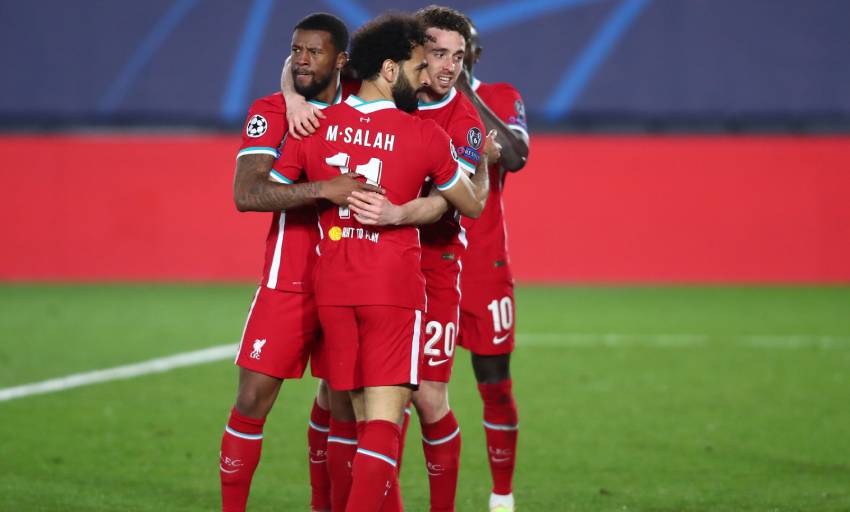 Jürgen Klopp's side can take some solace from Salah's 51st-minute effort, though Wijnaldum is aware how difficult the challenge will be to overturn the deficit and reach the semi-finals of the competition.

The midfielder continued: "It's always good to have an away goal. Unfortunately, they scored one after we scored.

"It's not impossible, [like] we've shown in previous years, but it's difficult."