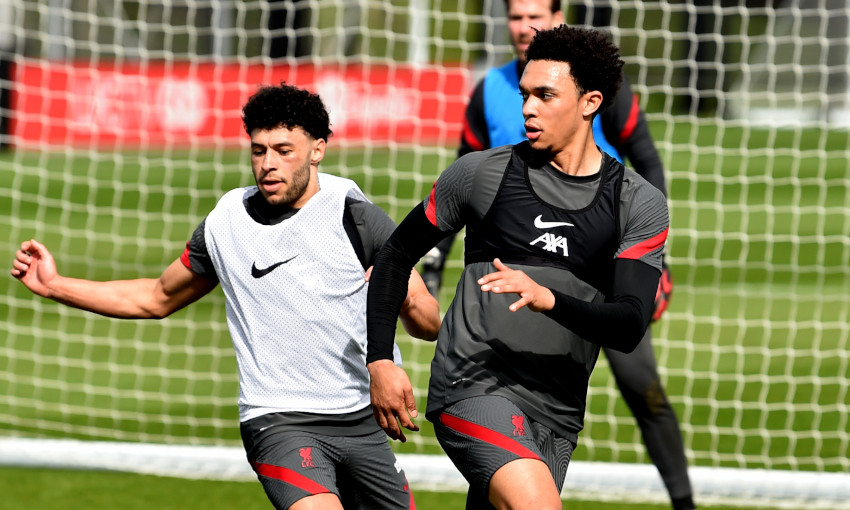 Jürgen Klopp discussed Trent Alexander-Arnold's form and a potential added role for Alex Oxlade-Chamberlain during the second part of his pre-Arsenal press conference.

The Liverpool manager spoke to the media on Friday ahead of the Reds’ return to Premier League action at Emirates Stadium on Saturday night.

So I was surprised when he didn’t get the call-up. I didn’t plan at all with him. We had sessions after the call-up where the players who went to international duties after that had [days] off and Trent was in that group without knowing if he would have a call-up – just to show how surprised I had been about it. Then he showed up in training obviously, he didn’t go away.

I’m a manager myself, I make decisions every day, every weekend, midweek about team selections and squad selections. You always probably make decisions other people don’t understand. But I respect that Gareth [Southgate] makes his own decisions, of course. Absolutely. But I didn’t understand it anyway because Trent Alexander-Arnold was in the last two years at least – or let me say the season before and the season before – the standout right-back in world football, that’s the truth. In an unbelievably young age. I have no problem that my players get some criticism or whatever – they get it from me, they can get it from other people if they are not performing. But that’s the truth: he was the standout right-back in world football.

He started the season and had COVID early on, which is not good. How you can imagine, it took him a while to get into the season. But from the moment on when he was into the season, he was one of our most consistent players and was kind of the standout player. Robbo the same, he could play all the time, high level, these kinds of things. That cannot be the reason he was not in the squad. If you compare Lionel Messi every year with his best season he ever played and say, ‘He’s not performing like he performed in 2005 and 2006’ maybe he was still the world’s best player. That’s one thing.

And it’s about how you want to play. That’s the thing Gareth has to make sure; he has [Kyle] Walker, an outstanding right-back, can play centre-back as well. Reece James, big talent absolutely. [Aaron] Wan-Bissaka was not there as well. And [Kieran] Trippier, absolutely, he knows him better or longer maybe. So that’s the situation. It’s his decision. It’s about how you want to play. If you have to play against a deep-defending side, for sure, then the crosses and passes of Trent – I don’t know anybody who can do that like him. And he defends on a really high level for us as well; it’s not his first skill but it’s not bad. It’s really good, especially [now].

Can he get the benefit of it? Of course. He was not with the national team now so he had time to train. He trained on an extremely high level. You could see he showed a reaction – with no need, but he was really in the sessions. That was good. He enjoyed the sessions a lot. He’s a very ambitious boy so I’m sure he wants to be in the England squad. Or I know he wants to be. And he will try everything to get there again. But if Trent Alexander-Arnold is not in the squad of England, England must have an extremely good squad. Let me say it like this. That’s the situation.

Summary: I respect the decision, of course. But I didn’t understand it.

No. It’s Saturday-Tuesday – no, not really. We have all available, I think all of the players who are fit – we mentioned the others who are not fit – but the players who were fit before the international break are still available, plus Bobby. That’s the situation and that’s what I will give consideration, but not the Real Madrid game yet.

On Oxlade-Chamberlain being used as a No.9…

He can do that. He did that against West Ham as well. West Ham away, he came on in the same position and did really well there. Ox is obviously a versatile player, definitely more offensively orientated. And that’s a very offensive position for him with the speed, the technique, the moves, the turns, the acceleration he is able to do. It’s a good position. It was not only for that [last game against Wolverhampton Wanderers], we knew [he could play there]. He didn’t play it 500 times obviously but we knew because of the West Ham game it’s good for him. And that’s why he came on. And yes, he was impressive, even when it’s three weeks ago, it was good.

On what he has learned about himself, Alexander-Arnold and the rest of the squad this season… 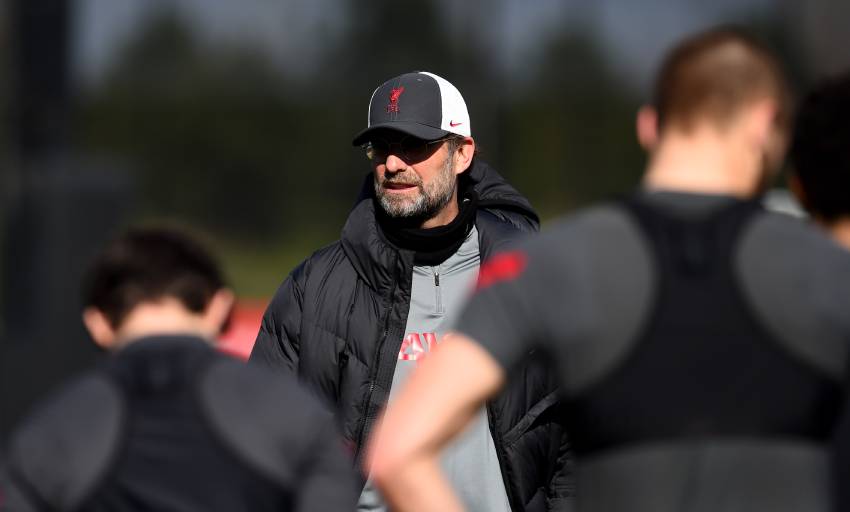 Not really something new. I knew before, don’t take anything for granted – I never did anyway, things can happen. Don’t think too far ahead, whatever will be in that. We have to focus on the next game. I knew it before but it proved again. For us or for Trent, it didn’t go everything like perfect so far. He had games when he didn’t perform, long ago but he had them, where he had to learn. He had setbacks with the team together. Not becoming champions [by] one point – there are people out there who think, who say, ‘It’s the last chance in your life, you missed a once-in-a-lifetime opportunity.’ He is obviously not the type of guy, we are all not. So we tried it again, same with the Champions League final. So we had setbacks and he had setbacks.

But there are more tricky things in life to deal with, to be honest, than these kinds of problems. That’s the way we see it.  Yes, we will learn a lot. We learned a lot but not a lot of new things because it happened to others, so you can learn from that. But the things that happened to us, the things we can have influence on we will be influential. And the other things we have to accept again next year, you cannot hope that they just change because you had it last year. But all the things we really can influence, we will in the future again. Full of energy, all these kinds of things, the greed to be successful grew of course in that year again to an amount which is quite ridiculous. These kinds of things. It all will help us in the future. Or now maybe, we will see. But we have to show that on the pitch, not here in the press conference.