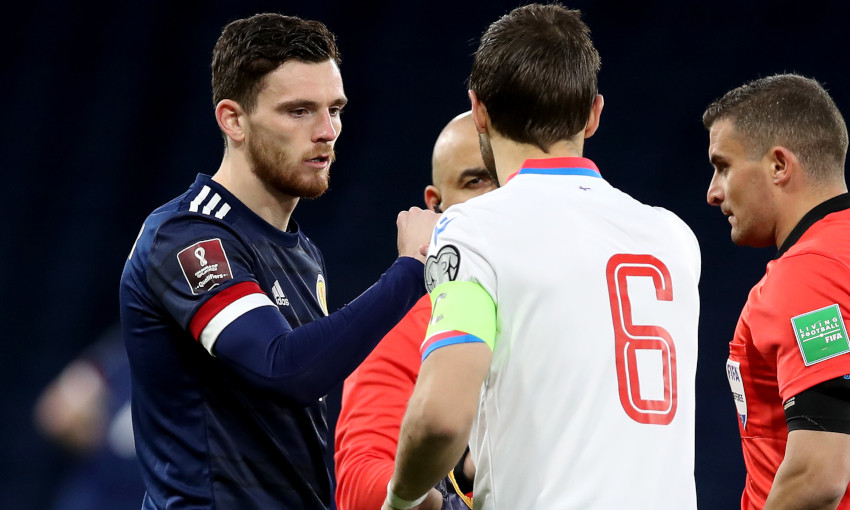 Andy Robertson claimed an assist as he captained Scotland to a 4-0 win over Faroe Islands in 2022 World Cup qualifying.

The Reds left-back, who completed the full game at Hampden Park, teed up Ryan Fraser for the last of the goals in the Group F tie.

Elsewhere, Xherdan Shaqiri featured for the first half of Switzerland’s 3-2 friendly victory over Finland in St. Gallen.

Earlier in the day, there was frustration for Curtis Jones and England U21s as the U21 European Championship group stage came to a dramatic conclusion.

The Liverpool midfielder, who had struck the woodwork in the opening stages of the Young Lions’ clash with Croatia, fired in a clinical second-half finish to give his side a 2-0 advantage that would have sent them into the knockout rounds.

But their opponents’ 91st-minute goal meant England were eliminated on head-to-head goal difference in the section despite winning the game.

Jones was subsequently shown a second yellow card and sent off following an altercation after the final whistle.

Thiago Alcantara and Kostas Tsimikas were unused substitutes for Spain and Greece respectively.