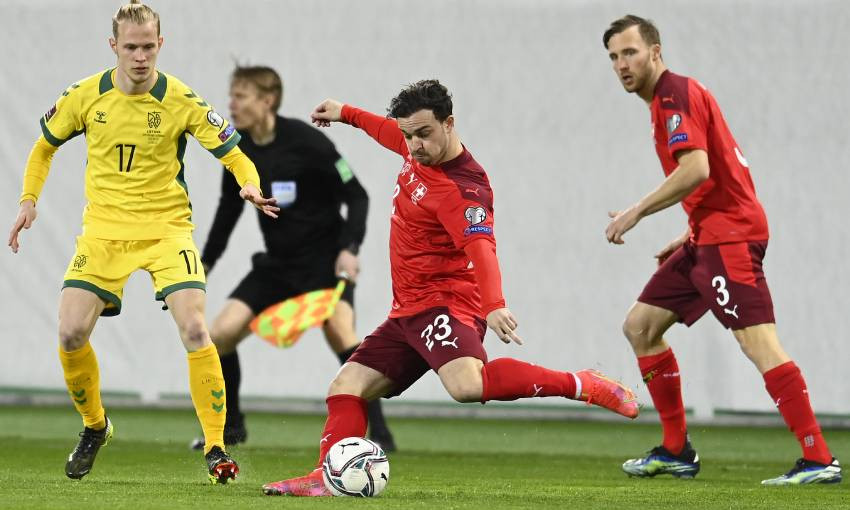 Xherdan Shaqiri netted to give Switzerland a 1-0 win over Lithuania in a 2022 World Cup qualifier on Sunday evening.

Liverpool's No.23 scored the only goal of the Group C encounter with an instinctive first-time finish after two minutes of play.

In Group B, meanwhile, Thiago Alcantara came off the bench early in the second half to help Spain come from behind and beat Georgia 2-1.

Andy Robertson captained Scotland to a 1-1 draw away at Israel in another World Cup qualifier.

Elsewhere, there was disappointment for Curtis Jones and England U21s. Jones appeared as a 72nd-minute substitute as the Young Lions were beaten 2-0 by Portugal in the group stages of the European U21 Championship.

Kostas Tsimikas was an unused substitute in Greece's 2-1 friendly victory over Honduras.