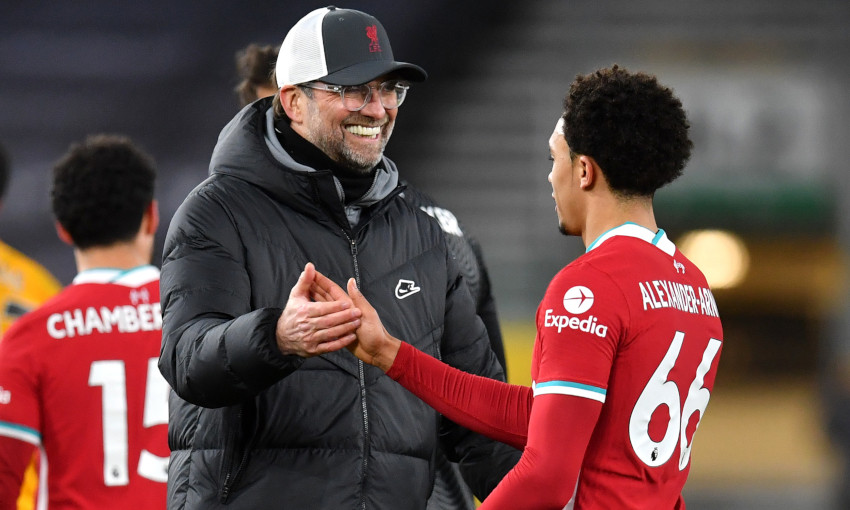 Liverpool's defensive solidity was highlighted by Jürgen Klopp as the most pleasing element of their back-to-back wins over RB Leipzig and Wolverhampton Wanderers.

The Reds followed up their progression to the Champions League quarter-finals with a 1-0 victory away at Wolves in the Premier League on Monday night.

Diogo Jota’s first-half goal against his former club added the decisive flourish to a result the manager felt was built on a collective commitment to ensuring a second successive clean sheet.

Asked whether Liverpool, who rose to sixth in the table, can ‘attack’ the season run-in in the manner he referenced at the beginning of the campaign, Klopp told Liverpoolfc.com: “The season is completely different than we obviously expected before the season.

“Nothing is anymore like it was then. That’s not a problem. We knew one is the idea and the other thing is the reality. It’s what we have to do.

“I think the Champions League game [against Leipzig] was just a good example. We played a good game, a really good game against a strong opponent, but the most pleasing part was how we defended together. Everybody was involved in that – and tonight again. And that was the key.

“That we scored a goal obviously helped as well but that we got a clean sheet again was about the whole team defending and I’m really happy about that.”

At the other end of the pitch, Jota bagged his 10th goal of the campaign when he fired inside the near post to round off a flowing move involving Mohamed Salah and Sadio Mane on the stroke of half-time. 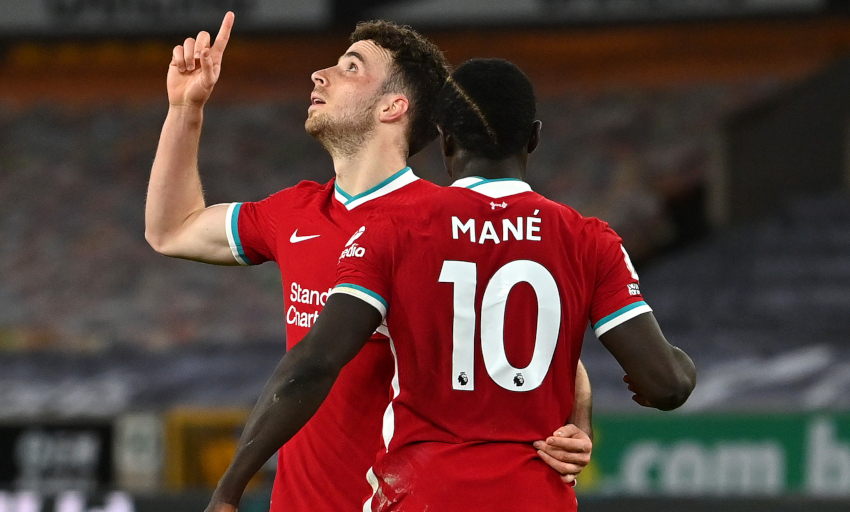 The Portugal international, back at Molineux for the first time since joining the Reds last September, caught his manager by surprise with the nature of his winning effort.

“It was a great goal, a really nice attack, two or three passes and Diogo had an opportunity to shoot,” added Klopp during his post-match assessment.

“I was a little bit surprised that he took it first touch but then the ball was in and he was right obviously! In a good moment as well for us.

“When things are not easy and things are not clicking, you have to work even harder and the boys worked hard tonight. The start was not good in the game – we weren’t active enough, we didn’t do enough in the beginning. But from 10 or 15 minutes, from that moment on we were really in the game, fought, played.

“Again, the last pass, last touch was not often enough there that we scored more but we scored one and defended together this result.

“‘Ugly’, ‘dirty’, whatever is right and I have absolutely no problem with that because that’s the only way I know to get back on track.”