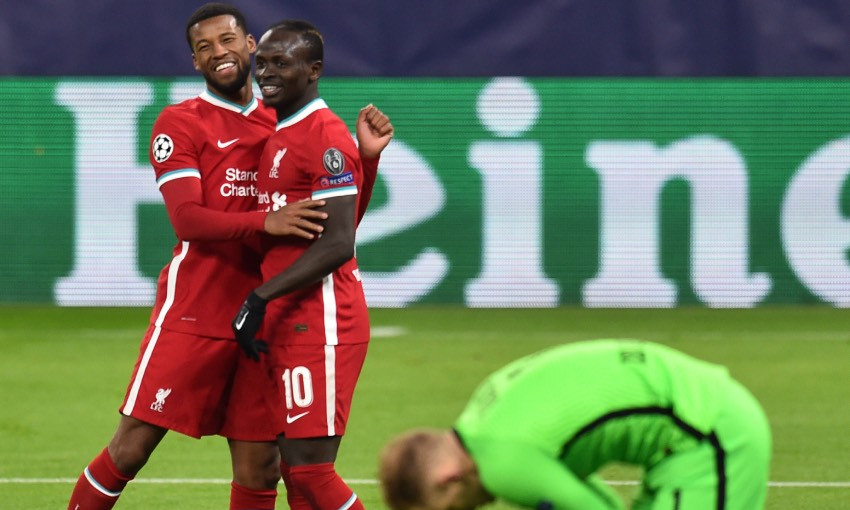 The Reds reached the last eight of the Champions League in convincing fashion as goals from Mohamed Salah and Sadio Mane clinched a 4-0 aggregate victory in the last-16 tie.

They'll look to take confidence from that into Monday's trip to Wolverhampton Wanderers in the Premier League, though Wijnaldum is aware improved form isn't now just a certainty.

Speaking to Liverpoolfc.com, the No.5 said: "It helps to get confidence back when you have results, and especially when you play a good game, which we did today.

"But it's not a guarantee that you're going to win the next couple of games, so we just have to realise that we have to give everything and work even harder than before to get the results back that we had before.

"So, we're happy with this and it will give us confidence, but we know that we still have to do a lot of work to win a lot of games in a row."

On the second-leg performance in Budapest, Wijnaldum continued: "Not a bad night. Well, same like the first one.

"I have to say, the first one looked more difficult than today but that's also because we knew how they played. We played them [for] 95 minutes before so we know how they play. That was easier. But it was still a tough game, I have to say. But the result is good.

"We spoke about it in the team that the last couple of games it was really difficult for us because we didn't create chances, so it makes it automatically difficult to score goals.

"But we knew if we just worked hard and analysed the game well and just give everything, the chances will come.

"This season, unfortunately, we're in a position and a situation where we don't score every chance we have. It [creating chances] gives you a really good feeling; sometimes also you're disappointed because you don't score the chances you get. But that we create chances again is a good thing."

Happy with the result today, on to the next round @ChampionsLeague ✊🏾🔴 #YNWA https://t.co/Y5rjnEiiCq

Fabinho returned to his midfield anchoring position for the meeting with Leipzig, allowing Wijnaldum and Thiago Alcantara to take up more advanced roles.

Behind them were the impressive centre-halves Nathaniel Phillips and Ozan Kabak, while at the other end Salah recorded goal No.25 of the season with his opener at Puskas Arena.

"I enjoyed playing in the midfield – also because it went well today," Wijnaldum said. "We talked a lot, trying to help each other out in moments and it went well.

"But I have to say, the whole game up front it went well, at the back it was good, so as a team we were really organised and played a really good game, so I think everybody enjoyed playing today."

Asked about Salah's goalscoring achievements so far in 2020-21, Wijnaldum commented: "Yes, it is [pretty amazing].

"We hope that he can continue doing that because that will make it easier for us to win games.

"Yeah, 25 is a good number – hopefully he can continue scoring goals."