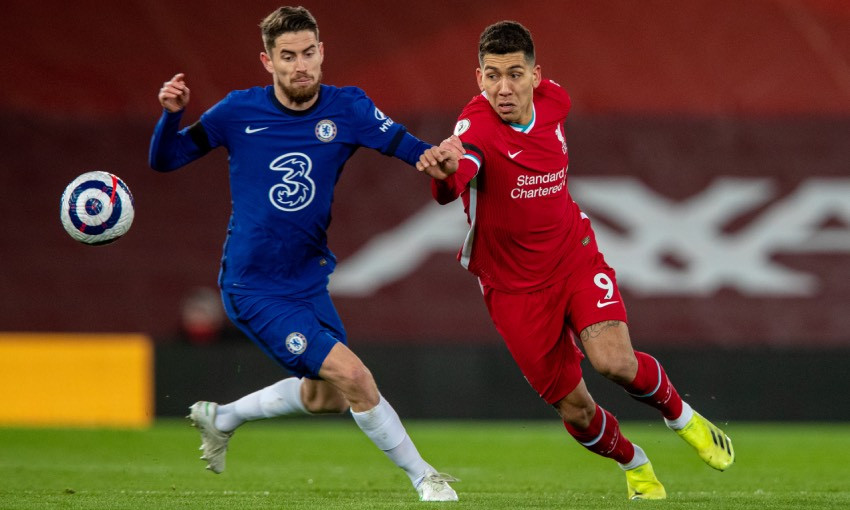 Liverpool lost ground in the race for a top-four finish after they were defeated 1-0 by Chelsea at Anfield on Thursday evening.

Mason Mount broke the deadlock in the 43rd minute, applying the finishing touches to a break from the Blues when he darted inside and swept into the corner.

The Reds pressed in search of an equaliser throughout the second half, but were unable to break down the visitors, who clinched all three points.

Liverpool made two changes from the weekend win at Sheffield United as Alisson Becker and Fabinho returned in place of Adrian and Nathaniel Phillips.

Diogo Jota was named on the bench for the first time since December 9 following a knee injury. 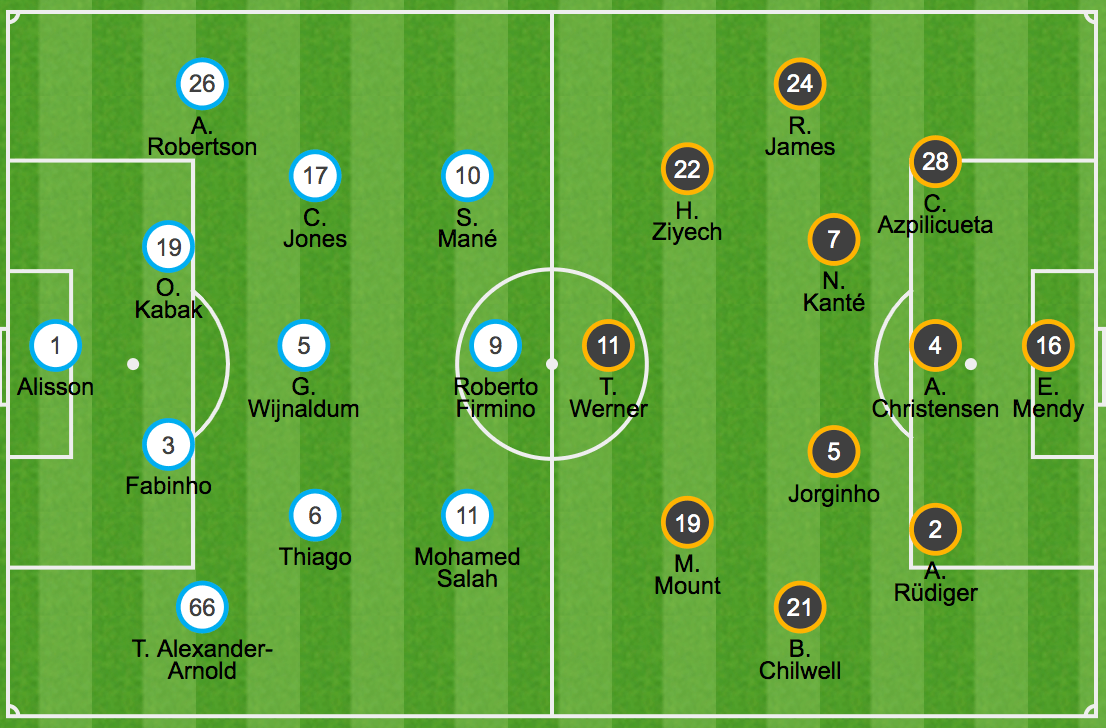 Having returned to winning fashion in the Premier League by beating Sheffield United on Sunday, Liverpool got under way aiming to overtake their opponents in the table.

It made for a lively start in L4 as Andy Robertson dragged an early effort wide of the post while Timo Werner drilled over the crossbar.

Chelsea’s German forward perhaps should have given the visitors the lead on 16 minutes, but nudged into the grateful grasp of Alisson after Cesar Azpilicueta had hoisted a ball back into the area.

Azpilicueta then had a sighter clear the frame of the goal before the Reds were afforded a let-off in the 24th minute. Werner beat Alisson to a long ball forward and rolled into the unguarded goal, but the VAR deemed him offside and the effort was chalked off.

Liverpool responded by fashioning their best chance of the evening so far, but Sadio Mane couldn’t connect properly with Mohamed Salah’s sublime first-time sweep into the area, enabling Edouard Mendy to collect.

However, Chelsea took the lead three minutes before the break when Mount concluded a swift counter-attack by cutting in from the left and arching a low shot into the bottom corner.

Liverpool began the second period with intent and Fabinho headed wide from a corner in the early stages.

Nevertheless, Chelsea could have furthered their advantage as Ben Chilwell had a close-range blast blocked by Alisson before Hakim Ziyech’s follow-up was hacked off the line by Robertson.

Just after the hour mark, Jota and Alex Oxlade-Chamberlain were introduced from the bench, taking the places of Salah and Curtis Jones.

With the hosts pressing for an equaliser, the visitors went close again on the counter, but Alisson foiled Werner at close quarters.

As the game ticked towards a conclusion, Georginio Wijnaldum headed straight into the gloves of Mendy, but the Reds were unable to regularly test the Chelsea goalkeeper as the Londoners clinched the win.