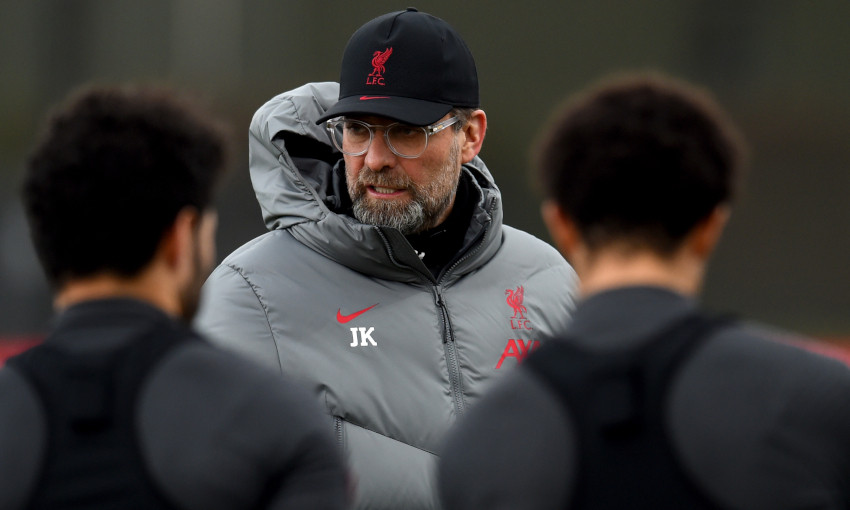 Adjustments to Liverpool's attacking set-up against Sheffield United were designed to get more players into scoring positions, explained Jürgen Klopp.

The Reds returned to winning ways in the Premier League on Sunday night as they turned their dominance into three points in the second half at Bramall Lane.

Curtis Jones broke the deadlock with his fourth goal of the season, the midfielder firing in after Trent Alexander-Arnold made ground and delivered from the right.

Deft footwork then took Roberto Firmino into the Blades box and his strike deflected off Kean Bryan and found the net to confirm a 2-0 victory.

As he previewed Thursday’s clash with Chelsea at a press conference, Klopp was asked to detail the thinking behind the tweaks to Liverpool’s system.

“Keep the width, offer depth, have enough players in between. That’s a short summary of it, pretty much. And be always well protected. Because yes, we had to be dominant in the game, we had to be very flexible.

“I think [it was] a back five in the manner Sheffield [United] plays – all the predictable stuff they defend really well. That’s how it is, [they are] well organised. If you can make it slightly more unpredictable then it gets more difficult and you have a better chance.

“So that’s why I liked the first half a lot, because the chances we created were actually exceptional and were kind of based off that formation, if you want. The chance Bobby had, the big one when he was around Sadio [Mane] in that moment – Sadio in the centre and Bobby is around him, picks up the second ball or the deflected ball and goes one-on-one with the goalie – these kind of things.

“When we scored the goals we had enough bodies in the box; only one scored the goal obviously but when you see the pictures back you see we have enough players. It’s what we needed that day.

“Very often it ends up in these kind of games where you are really dominant possession-wise, that in the end you have a lot of players who are involved in creating and not enough involved in finishing. That’s what we tried to change for this game.”