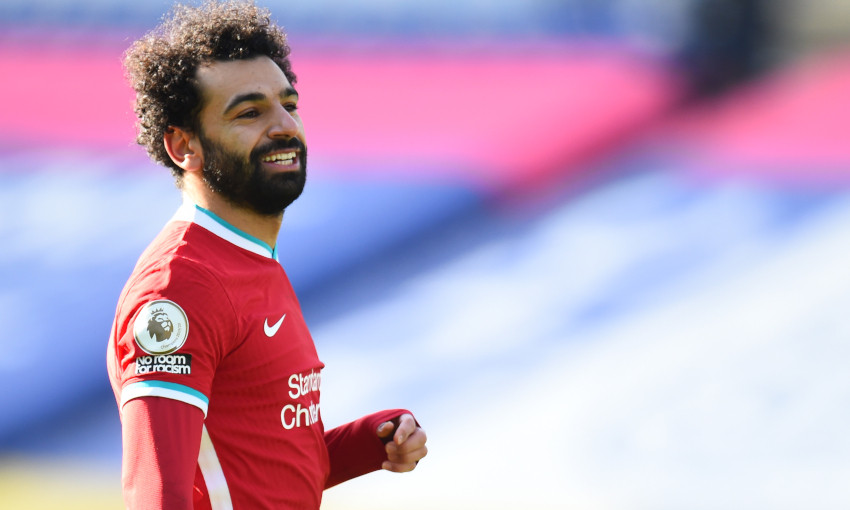 Jürgen Klopp hailed Mohamed Salah's outstanding performance against RB Leipzig as he underlined the respect he is held in at Liverpool.

The Egyptian notched his 24th goal of 2020-21 in Budapest in midweek, surpassing his total for last term with three months of the season still to be played.

In total, the strike in the Champions League last-16 first leg was Salah’s 118th for the club, moving him level with Ian St John on the Reds’ all-time scorers list.

“He gets the credit here, internally, for sure, for all these things.

“He played an outstanding game against Leipzig and not only because he scored – no, in all the other parts. Actually my favourite moment in the game, especially in a knockout game I would say it was one of my favourite situations in general, was when he won the heading challenge in his own box after 87 minutes or something, when Angelino was in his back and wanted to volley the ball in.

“Yes, he played an outstanding game and he gets all the respect from us. If you don’t give him the right amount of respect, you have to ask yourself why that’s the case. But the numbers and the performances cannot be the reason.”

At the other end of the pitch, Liverpool registered a first clean sheet for a month as a back four that featured Jordan Henderson and Ozan Kabak at its centre shut out Leipzig at Puskas Arena.

The defensive solidity and composure his side showed was praised by Klopp as they move towards the most decisive months of the campaign.

“Against a really tricky side, you can struggle a lot against them and we will probably realise that when we play them next time. But for that night we did really well as a unit and that helped.”