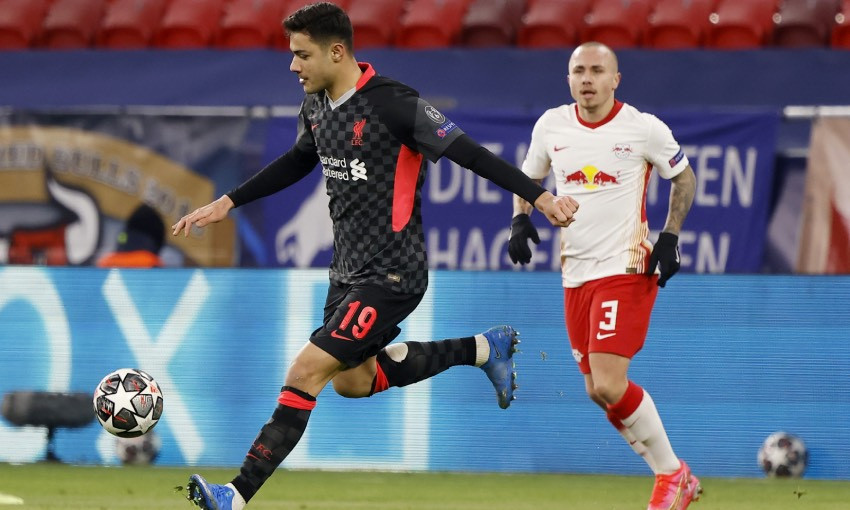 Jürgen Klopp has been mightily impressed by what he's seen from Ozan Kabak in a Liverpool shirt so far.

The centre-half's second appearance for the club ended in victory as he helped record a clean sheet in the 2-0 Champions League win against RB Leipzig on Tuesday night.

Kabak arrived at Anfield on loan from Schalke 04 at the start of the month and Klopp hopes he can continue to build on his strong start with the Reds.

"Oh, big potential – 20 years old, already pretty experienced, to be honest," the boss said of the No.19 at a press conference. "He didn't take the easy way in his career so far.

"When you are in Istanbul and can play for one of the biggest teams probably in the world and always [being] around the top of the table. Then go to Stuttgart and you go to Schalke, and all these kind of things, so you have to fight really hard to win a football game. That's good from an education development point of view.

"So now he's here and it looks really promising. Both games were really solid.

"Yes, we all know what happened in the Leicester game but around this situation or maybe the two situations, he already played a really solid game there – not to forget against who we played that day, No.2 or No.3 in the Premier League.

"That's a tough one with the strikers they have and all these kind of things. He did really well. Long may it continue."