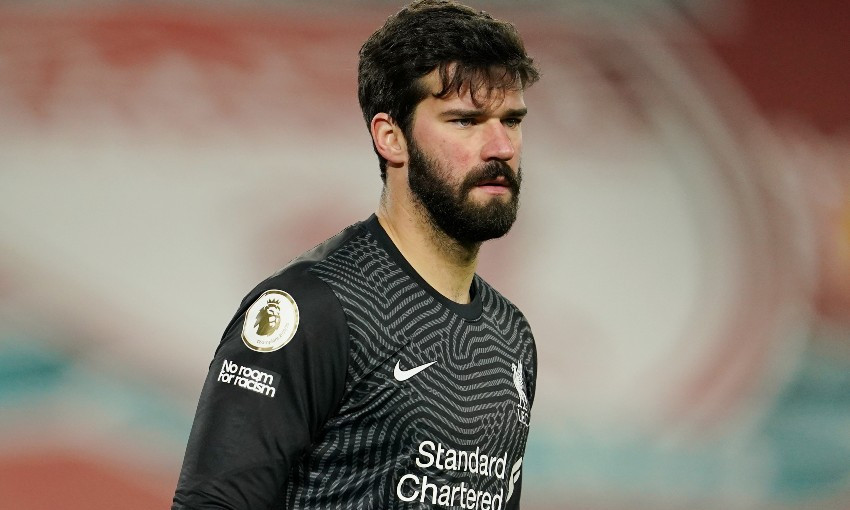 Jürgen Klopp allayed any concerns over Alisson Becker's fitness while reiterating his belief in his No.1's world-class qualities.

Liverpool’s goalkeeper performed with characteristic authority during Tuesday’s 2-0 Champions League success over RB Leipzig, with that clean sheet in Budapest representing his 50th shutout for the club.

The Brazil international was then not photographed in Thursday’s training session but Klopp told the media on Friday that he is ‘fine’ ahead of this weekend’s Merseyside derby at Anfield.

And, when asked about his confidence in Alisson and whether the 28-year-old is feeling OK mentally following the recent Premier League defeats by Manchester City and Leicester City, the boss replied: “My confidence, nothing changed in that if we talk about Alisson. But we are all human beings, Ali as well, and he showed that in the last two [Premier League] games so that’s how it is.

“It’s not a problem and of course it’s work but most of the work you have to do with yourself and he is doing that, definitely. It’s not about telling him, ‘Come on Ali, you are a world-class goalie’ - he knows that, but he doesn’t get up in the morning and look in the mirror and think, ‘What I see is a world-class goalie.’

“So if you made a mistake in the game before, in the previous games if you want, then it’s nothing you like. Humans are all the same and Ali is too smart to ignore it completely. Other personalities maybe would not struggle, that’s completely normal.

“But, in the end, we can rely - and he can rely as well - on his quality, on his attitude, on how focused he is in a game, how much he gives in a game and all these kind of things.

“No, I was not one second in doubt. Ali, for sure, had not the best time between the two games [against Leicester and Manchester City], that’s how it is. But the Leipzig game was a really good one to get back and there we are now.”