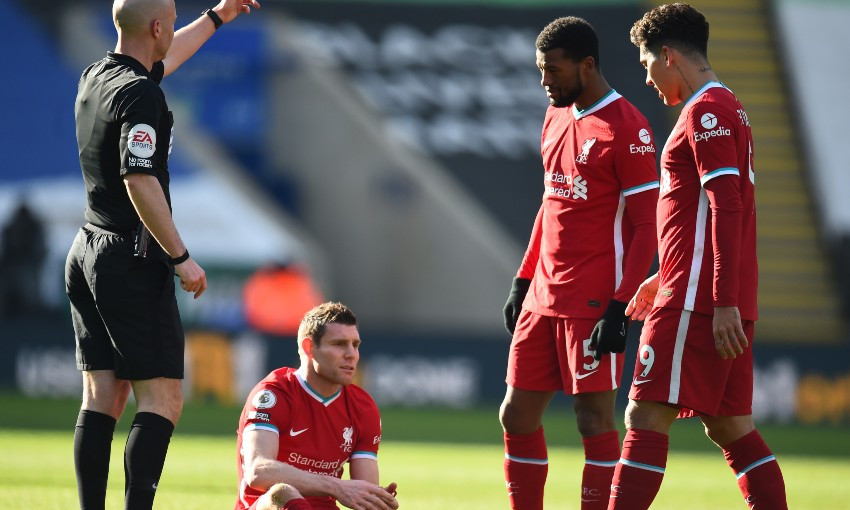 The vice-captain was forced off in the early stages of Saturday's Premier League game at King Power Stadium.

"We'll see how it develops, but yeah, hamstring."