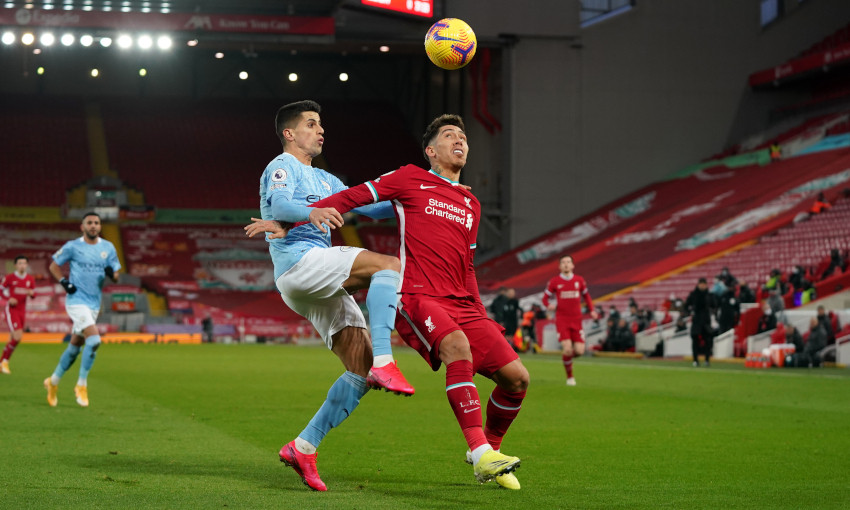 Liverpool fell to a 4-1 defeat by Manchester City at Anfield on Sunday.

After a goalless, evenly-matched first half that included a missed penalty by Ilkay Gundogan, City took the lead early on in the second period through their No.8.

Mohamed Salah then won and converted a spot-kick to draw the Reds level just after the hour mark, but the visitors soon punished two uncharacteristic errors from Alisson Becker to net twice in the space of three minutes.

Gundogan and Raheem Sterling were the scorers to put City back in charge, before Phil Foden added a late fourth.

Alisson, Fabinho and Sadio Mane returned to Liverpool’s starting XI, while new signing Ozan Kabak was named on the bench. 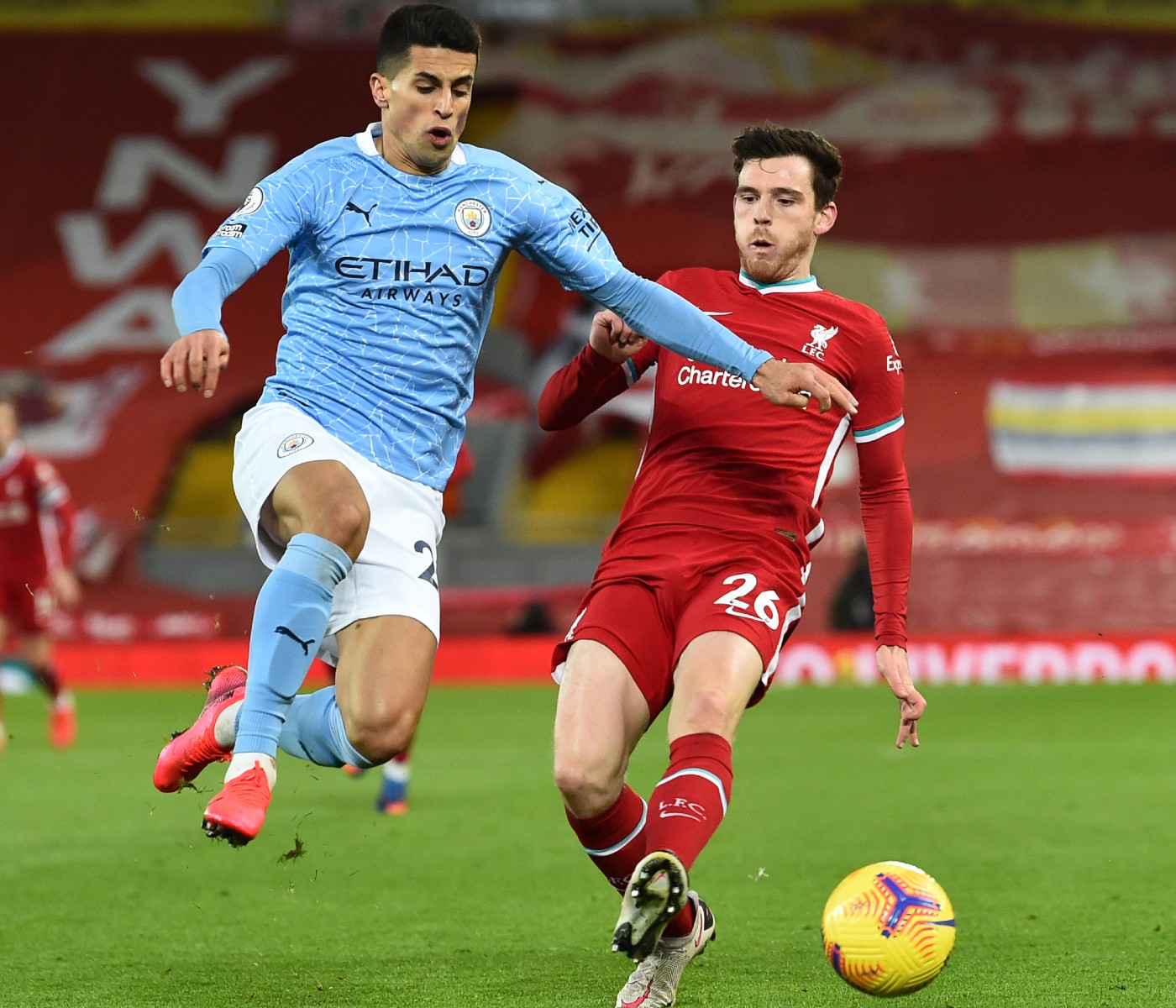 The Reds’ intention to press their opponents aggressively was clear from the opening seconds and brought some reward inside two minutes when Ederson, under duress, played the ball to Mane.

That turnover led to nothing and a booking for Thiago Alcantara quickly followed, the No.6 cautioned after an unsuccessful attempt to slide in and pickpocket Gundogan.

As is routinely the case when these sides meet, the early tempo was unrelenting and Liverpool carved out the game’s first meaningful chance midway through the first period.

Trent Alexander-Arnold twisted and turned away from Oleksandr Zinchenko before whipping in a devilish delivery towards Mane, who got across Joao Cancelo at the near post but directed his header over.

City, though, retained a threat of their own and Curtis Jones married impressive pace and reading of the game to get back and thwart Foden as he looked set to run clean through on Alisson immediately following a Liverpool corner.

And Pep Guardiola’s team would spurn a huge opportunity to break the deadlock eight minutes prior to the break, as Gundogan sent his spot-kick into the Kop after Fabinho was adjudged to have felled Sterling inside the area.

Mane then glanced a header from an Alexander-Arnold corner into Ederson’s arms as a breathless half ended goalless. 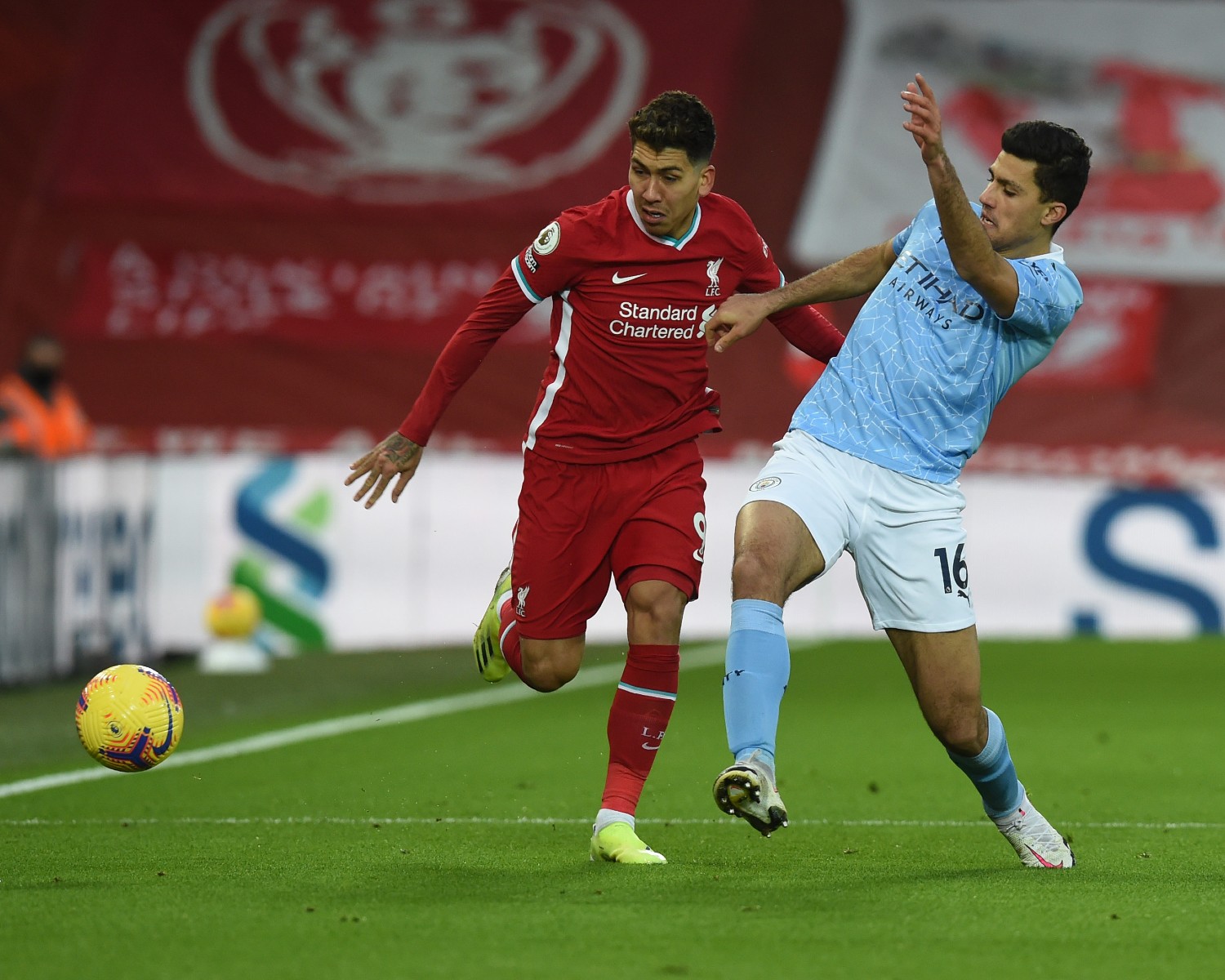 Alert defending by Zinchenko, who swept across on the cover, denied Salah the chance to latch onto Mane’s pass after the No.10 had rolled Cancelo and, three minutes later, City edged in front.

Alisson reacted sharply to palm away Foden’s effort from close range, but Gundogan was on hand to slam in the rebound.

Jones was a whisker away from equalising when his low shot inched past the post following a glorious switch by Alexander-Arnold.

The hosts were back on terms with 63 minutes played, though.

Salah seized on Ruben Dias’ heavy touch and sped towards Ederson, only for the retreating City defender to pull him back. Michael Oliver duly pointed to the spot and a nerveless Salah dispatched his penalty into the top corner.

However, two quickfire goals swung the momentum back in City’s favour, as first Gundogan and then Sterling profited from misplaced Alisson passes, with Foden and Bernardo Silva the creators.

And Foden then got on the scoresheet himself by cutting in off the right and blasting home.