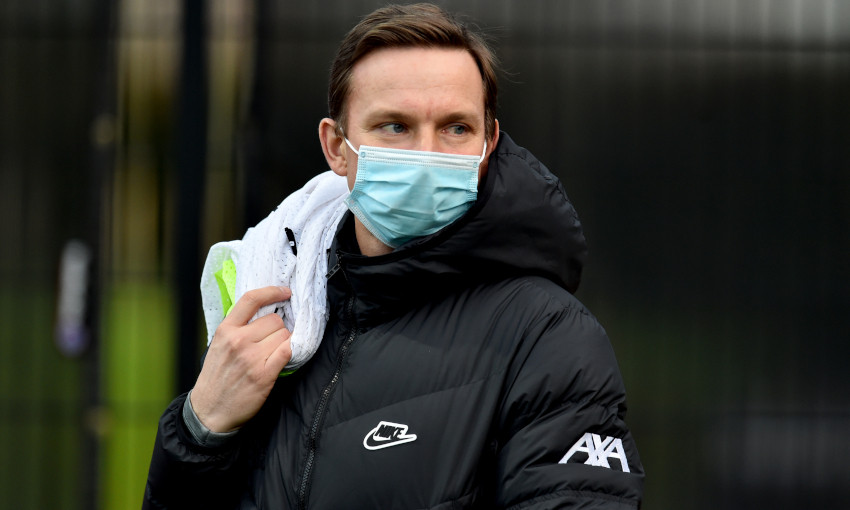 Pepijn Lijnders is confident the work being done on and off the training pitches at the AXA Training Centre can result in Liverpool rediscovering the levels of consistency demonstrated throughout the course of the previous two seasons.

After back-to-back victories on the road at West Ham United and Tottenham Hotspur, the Reds were defeated 1-0 by Brighton & Hove Albion at Anfield on Wednesday evening.

Next up, the champions take on table-toppers Manchester City on Sunday on home soil aiming to cut the visitors’ seven-point advantage.

Ahead of that fixture, Lijnders took time out of the pre-match preparations to sit down with Liverpoolfc.com and discuss the reaction to the midweek loss to Brighton and look ahead to the visit of Pep Guardiola’s team.

Read on to see what the assistant manager had to say...

Firstly Pep, after defeat by Brighton at Anfield on Wednesday, how do you go about picking the players up and refreshing them ahead of Sunday?

Time helps. The difference between the last game and this game is that we have three days in between and we all know that the body needs 72 hours to fully recover. I’m talking about the entire body, not just the legs or the lungs but also the mind. We know how important freshness is for our game, so we see recovery as being on the same level as performance. The recovery started straight away after the [Brighton] game with the right nutrition, with a day off, with the treatment. Friday was an important day, of course, because it was second-day recovery, so it was a day where the players have to get fresh in mind again. We try to accelerate the process by doing a few things on and off the pitch.

One of the messages from the manager over the years has been we don’t make things too big, whether we win games in a row or when we lose some matches. Is a bit of a momentary drop-off only to be expected with the performances of the last two or three years added with the circumstances of this season and the injury list?

First of all, and it’s the most important, we don’t measure ourselves with the past. We don’t accept what happened, but we are not in a place where we make excuses or we blame other people or we whine. That’s really important. The one thing we have to improve as quickly as possible is that we have to show more character. I don’t mean individual character because that’s easy, each player can put his character onto the pitch, but as a team [we need to show] more character. We know we can do better, we will do better in the next games and we will focus on that.

Is that going to be the message to the players ahead of Sunday?

First and foremost, it is we want those three points! The message will be that they have to focus on the preparation, any doubts we have they have to take them away. [Take] each day at a time and on each day [do] the right things. It’s a special game – and we have to be prepared for this special game.

In some ways, is Sunday and Manchester City at Anfield the best possible next game, because anything less than 100 per cent will be punished?

Yes, that’s the Premier League. If you don’t give all you have, you don’t get anything. You get punished in those moments. It’s also the season we are in; you cannot prepare the team in the way you can when you have four days leading up to a game. It is not easy to correct things – we try, of course, but you don’t have this time, so you have to try at the same time to create stability.

Is that creating of stability how you, the manager and the coaching staff ensure we see a true Liverpool performance on Sunday?

We have to be prepared to be fresh, that’s very important, we have to be prepared to be unpredictable and we have to prepare to be organised. So we focus on these three things: fresh, organised and being unpredictable. And not to be afraid to fail because otherwise we will never do the things that make us different, so it’s important we go into this game with that mindset. There are two things that are really important: first of all, City try to play with a certain rhythm so we have to put our rhythm into the game and it will be high intensity from our side. The second thing is we have to try to avoid them putting their offensive structure into the game, so don’t give them time [to do that] and all of these things, and we have to be prepared for that as well.

How do the coaches react to a defeat? Is there any difference? Is analysis different? Does anything change?

We focus on the process. What we did over the years is we surrounded ourselves with smart people. Not just smart people, but smart people who want to debate. As you said, our gaffer is really clear, when we keep winning, when we put a sequence together, we always try to reach the same levels of preparing the team. It’s really important that the highs don’t change [us] and the lows don’t create doubt. We have so many smart people around us, it makes it easier because we debate and we look, but this happens when we win and when we lose. We focus on the process because we know that focusing on the right things and controlling our emotions is really important. Otherwise you forget things; if you win, win, win and you don’t focus on the process then that happens. 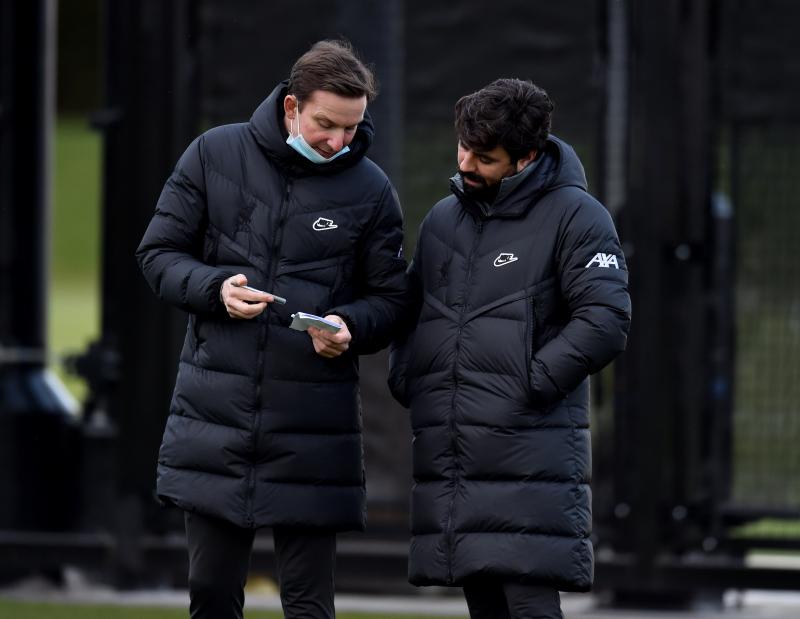 If there’s one thing these boys have shown in the last few years, it’s they always strike back...

Yeah, they have this mentality. To create like the next final, to create this feeling among the group. As I said, we have to show more character as a team. Every team will have these phases in a season like this where the games just keep coming and keep coming and it’s difficult to turn around. We don’t measure ourselves against the past, but we’ve shown before we can do it – but it is hard work, it is no ego, it is constant team play and that creates organisation and then hopefully creates the base to become unpredictable. That’s really something we have to get – not just with the ball, also without the ball – because in the next game this will be key.

What is it like being involved in these matches as a coach? Games at the most elite level of the sport…

I miss the fans, to be honest. I miss them so much. A lot. I miss Anfield full. It is a shame the pandemic creates this situation. It is good [to be involved] but we are in this job to win – and we are in this job to win trophies. That’s the reason we do it. We believe with our football it gets closer – with good football and the process – so we focus on this, but we are here to win and that will never change.

'Fabinho helps others flourish, he always puts the team above himself'

Pep Lijnders: Diogo Jota has something that is so difficult to coach