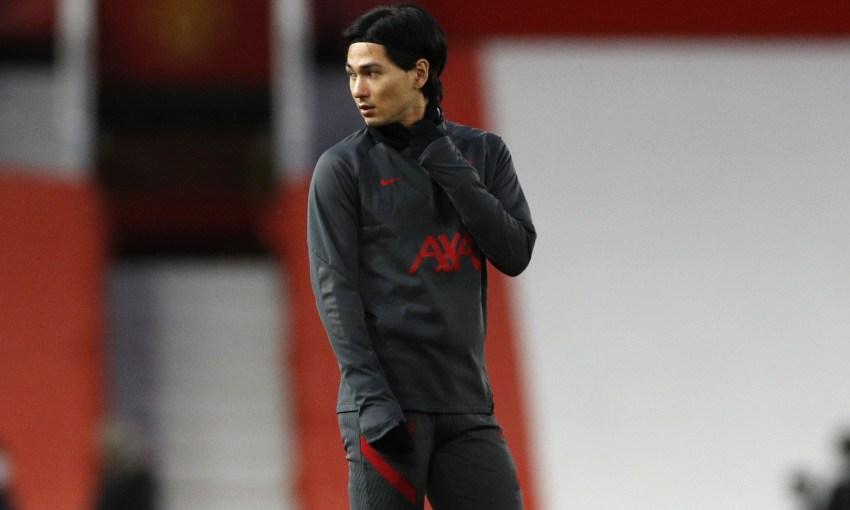 Jürgen Klopp has explained why Liverpool felt a loan move to Southampton would be beneficial for Takumi Minamino in the long term.

The Reds forward joined the Premier League side until the end of the season in a deal completed in the final hours of transfer deadline day.

At today’s pre-match press conference, the manager was asked why the club decided to sanction Minamino’s switch to St Mary’s and whether his attacking options made it an easier decision.

“Yeah, of course, having options makes it the only chance that you can give a player to another club,” Klopp told reporters.

“But we were active in this situation a little; Southampton asked and it was not that we said, ‘No, no, no, no chance.’ We thought about it.

“Takumi is an incredibly good player and we didn’t give him enough chances, that’s the truth. That’s for different reasons. Sometimes it was just the size; because of our problems in defence we were not tall enough and then Takumi on the pitch you think, ‘OK, how can we do that then?’ Defending set-pieces is a very important part. It’s for the player not too interesting and for journalists probably not too interesting, but in some moments even these kind of things make the difference why one player is playing and the other not.

“Southampton came up and there were not a lot of clubs where I thought it really makes sense to let him go, but Southampton makes a lot of sense. He is there for 17 games now and in the situation Southampton is, if Takumi stays fit he has a good chance to play 17 games, which helps everybody. It helps Southampton and helps us, because the only thing Takumi was lacking was a couple of games in a row. And it was a difficult year.

“I would have loved to keep him, just to have the option and stuff like this, but in the end because Takumi is a long-term project and always was – we see really a lot of potential in Takumi – it makes absolute sense that he gets now the chance to play maybe 17 games, Premier League games, and then comes back in a completely different mindset, confidence level, all these kind of things.

“I hope it’s a win-win situation.”

Klopp was subsequently quizzed on what he would like to see from Minamino during his spell with Ralph Hasenhuttl’s Saints side.

“He just has to enjoy football again there,” he said. “He’s an outstanding professional, really a top talent, really, really good player, so it’s all good.

“But then we have a really good squad and we struggled a lot, but never in the offensive part, not really in the offensive part of the pitch. And my job is to make decisions based on what I imagine could be the outcome in the game. So, for example, the people fighting with him for the place were in really good shape; [Xherdan] Shaqiri when he came back showed up extremely, then with Divock [Origi] we all know what Divock did for us in the past.

“Sometimes it’s just the size, how I said before, it can make a difference. These kind of things. It worked not often enough out for Taki that he could start a game or come on, and that’s 100 per cent my fault as well.

“But we both think now, Taki and I, that we can sort that by playing him 17 times if possible in the Premier League.