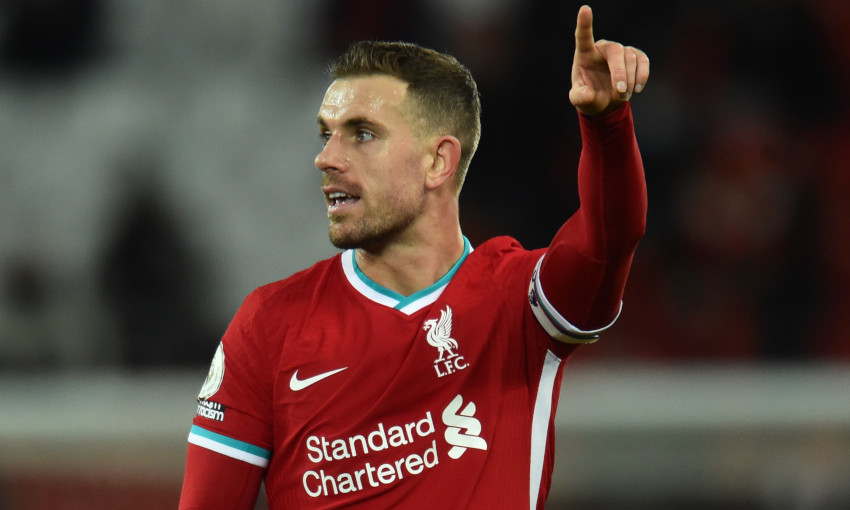 Jürgen Klopp detailed the level of football intelligence that has allowed Jordan Henderson to add centre-back to the positions he can excel in.

The Liverpool captain again switched to the middle of the backline on Thursday night and led an impressive performance that gained a 3-1 win over Tottenham Hotspur.

On Sunday, when the Reds face West Ham United, Henderson could climb to fourth in the club’s list of Premier League appearances with his 286th game.

And Klopp was asked in the build-up to the contest if Henderson’s ability to play centre-back could come further to the fore in future years.

“I wish him a long career as well and I wish he can have a word in which position he will finish his career. But centre-half is one of the positions he can play. Thankfully for us he can play that.

“It was a good game [against Tottenham] again he played. What makes it so exciting is, with his football skills, he can be very influential in our build-up as well. That helps obviously. He had a big hand in the first goal, a nice little chip for Sadio and then the square pass for Bobby. That was good.

“Hopefully he can stay fit until he is 43, then he can play football until that age!”