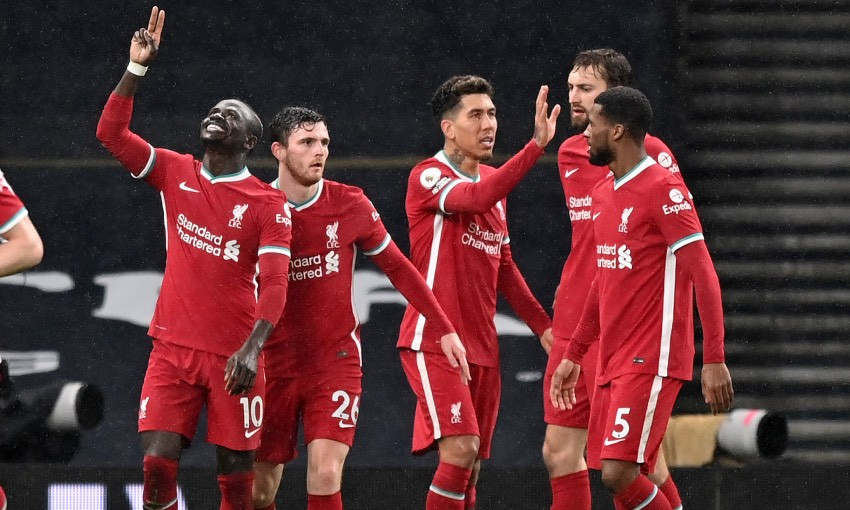 Andy Robertson has challenged himself and his Liverpool teammates to build on the impressive win away at Tottenham Hotspur on Thursday night.

The Reds ended a five-game sequence without victory in the Premier League by producing a vintage all-round display to down Spurs 3-1.

A trip to in-form West Ham United is up next and Robertson wants to see a similar type of performance from the champions again on Sunday afternoon.

Big result but we’ve got a long way to go! #YNWA https://t.co/GsGEAM7ek1

He told Liverpoolfc.com: "Of course you get games when it just doesn't click, and maybe you get four or five a season but it's spread across a season.

"Ours was unfortunately four or five at once and that's why probably a lot has been said about us. That's fine, we are footballers and we know what industry we are in and everything like that.

"But we've stuck together on the training ground and everyone is together. Obviously the fans can't be in with us just now but it's important they stick with us.

"It's a unique season, really tight, and we've seen other teams putting runs together and shown where it takes us. And it's up to us to try to put one of them together.

"But we can't just let this be a one-off, it needs to be the catalyst for a really strong second half of the season.

"It's up to the boys in that changing room to go and do it, and it doesn't get much tougher than Sunday.

"West Ham are in a really good moment. I think six games unbeaten and six wins – incredible – and David Moyes has done a fantastic job and we know what sort of game we are in for.

"Our mind is focused on that already and we'll be ready to go come Sunday."

Roberto Firmino opened the scoring at Tottenham Hotspur Stadium before Trent Alexander-Arnold delivered his Man of the Match contribution, netting the second and superbly setting up Sadio Mane.

But Robertson felt the three points were deservedly earned thanks to superb performances all over the pitch.

"That's more like us," the left-back said. "Obviously a lot has been said about us the last couple of weeks and some of it justified and some of it maybe not.

"But we know what industry we are in and that's what happens. Tonight, everything clicked. I thought we were brilliant all over the park.

"The midfield were excellent. You saw Gini in the last minute of the game, incredible. Hendo stepping in at the back – that's what a captain does, stepping in at that really tough moment. Then Joel goes off and he captains the whole team, as well as Nat at the back and helped him through.

"So, it was a really big performance from us. Luckily it all clicked and we were clinical in front of goal and we got a really good result against a really big team."