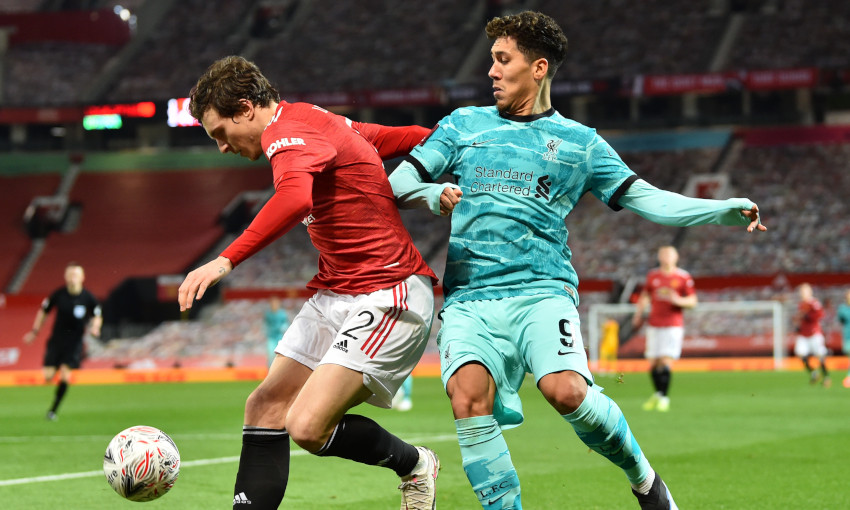 Liverpool exited the FA Cup after a 3-2 defeat by Manchester United in their fourth-round tie at Old Trafford on Sunday.

A sublime dink by Mohamed Salah opened the scoring on 18 minutes but Mason Greenwood quickly equalised for the home team and Marcus Rashford earned them a lead early in the second half.

Salah got the Reds back on level terms before the hour, only for a Bruno Fernandes free-kick 12 minutes from time to gain United a place in the last 16.

Jürgen Klopp opted for five changes to his starting XI as Rhys Williams came into central defence and James Milner captained the side from midfield.

An opening 10 minutes of harmless sparring was interrupted when Greenwood drew a save from Alisson Becker, who was making his first FA Cup appearance.

Greenwood drove into space along the right-hand side and, as the angle narrowed and passing options decreased, shoved a low shot that Alisson cleared with his foot.

Liverpool were enjoying a fair share of the ball, though, and they made that possession count with a clinical opening goal in the 18th minute.

Firmino turned into space in the centre of the United half and guided a perfect pass behind Victor Lindelof to the run of Salah, who moved into the box and deftly lifted a right-footer over Dean Henderson and into the net. 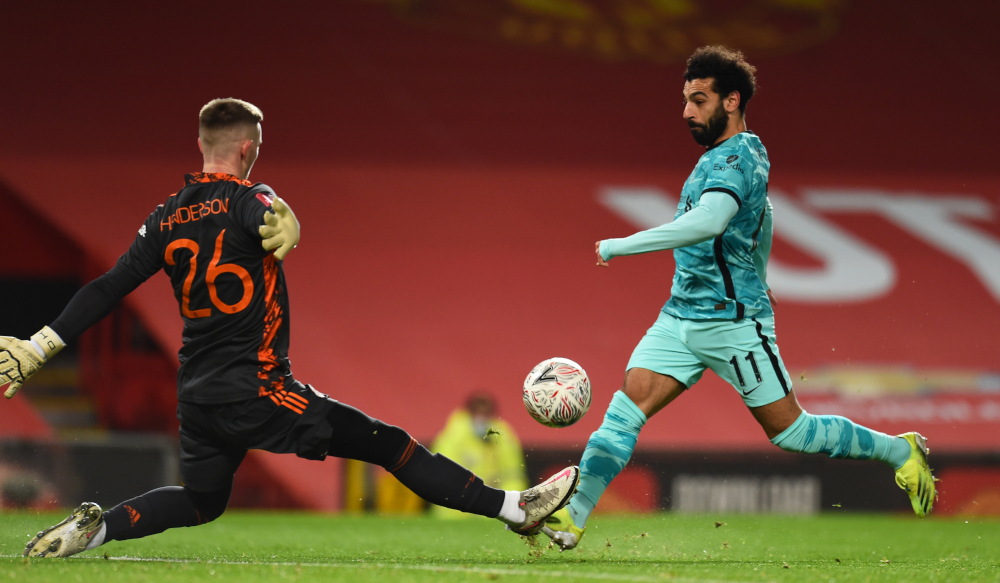 Jones then rifled an effort straight at Henderson from distance, before Trent Alexander-Arnold was off target from a 20-yard free-kick, as the visitors sought to increase their lead.

It was United who struck next, however.

From a counter-attack, Rashford’s high, swinging pass from the left wing evaded Milner’s attempt to clear and released Greenwood to control and sweep a finish across Alisson into the bottom corner.

Paul Pogba and Scott McTominay consecutively headed over the crossbar from corners, and the former clipped a set-piece and a further shot wide as the interval arrived with the score still 1-1.

United landed an early blow in the second half as Rashford netted just three minutes after the restart.

The England striker capitalised fully as Williams was unable to cut out Greenwood’s hooked pass over the Liverpool defence, running through in the left channel to slot the ball beyond Alisson.

But Liverpool were undeterred and might have levelled on 58 when Thiago Alcantara’s delivery into the area fell loose for Milner, who scooped his effort too high on the stretch.

From the subsequent goal-kick, though, the No.7 kick-started an equaliser.

Milner won possession in United territory, fed Firmino on the left edge of the box and dummied the return pass into the middle, allowing Salah to tuck the ball between Henderson’s legs and restore parity. 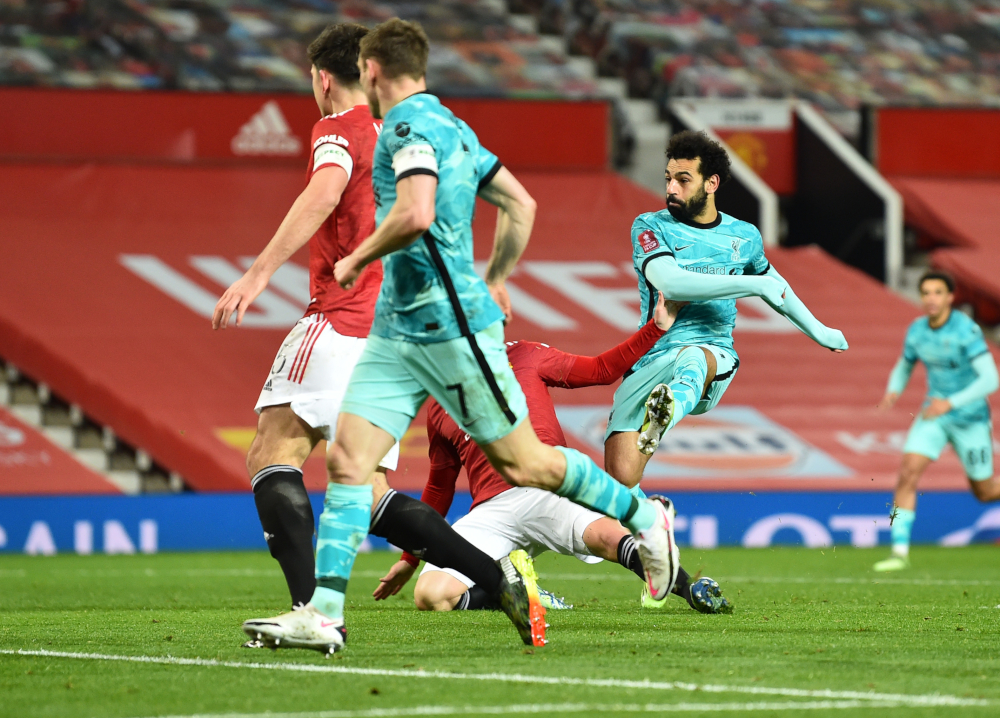 Henderson had to punch away an Alexander-Arnold blast as the visitors mounted more pressure, and Klopp soon sent on Sadio Mane in place of Georginio Wijnaldum.

Salah threatened a hat-trick when he was once again freed in behind by a Firmino pass, but the Egyptian’s low nudge off his right boot was blocked by Henderson.

Instead, it was the hosts who secured the fifth and decisive goal of the afternoon.

Liverpool were aggrieved by the award of a free-kick as Fabinho and Edinson Cavani tussled at the edge of the area, and substitute Fernandes whipped it into the bottom right corner for 3-2.

The Reds kept pushing for another equaliser – while Cavani sent a header against the post – but it did not materialise and their FA Cup hopes were ended for 2020-21.