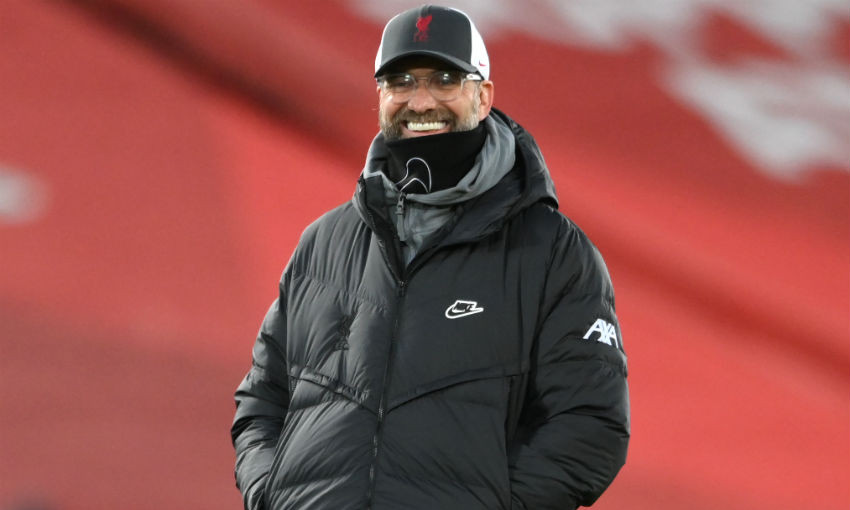 Jürgen Klopp's attention would always be drawn towards a contest between Liverpool and Manchester United even if he wasn't involved in it.

The Reds boss is preparing to take charge of his 12th fixture against the Old Trafford outfit, having only suffered two defeats in his previous 11.

Ole Gunnar Solskjaer's United will arrive at Anfield on Sunday top of the Premier League, though the champions can reclaim first place with a victory in the 4.30pm GMT kick-off.

Asked by reporters whether he buys into the idea of United being 'underdogs' this season, Klopp replied: "I'm five years and two months in England and United was never an underdog. They cannot be, it's just like it is.

"They are always good teams, always great players, really good coaches, managers. All that stuff was always there and now they are top of the table, so that's how it is. They cannot be underdogs.

"But we play at home and don't see ourselves as an outsider or whatever just because they are now ahead of us.

"But it's an open game – it was always an open game. Very often when we played United with different managers we had to be dominant in the games, especially when Jose was there. Now with Ole, we will see exactly.

"Usually they change systems against us and played now I think 10 times or so with four in the back. Against us, PSG and Leipzig and so on, they still played with five in the back. Maybe they will change.

"It's Liverpool against United and that itself is a massive game. Wherever I would be in the world and there's a television, I will watch it definitely. This is the game."

Liverpool will be hoping to return to winning ways in the league after a three-game run without victory in the competition.

With a huge game on the horizon, Klopp has sensed the determination running through his squad this week at the AXA Training Centre.

He said: "We lost against Southampton a week or so ago, which was absolutely not what we wanted. But the next day we spoke, the next day we had a meeting and the boys had their say as well.

"I'm really looking forward to this game, to be honest. I know Ole said it's the best moment to play against Liverpool. Yeah, let's see. That's it."