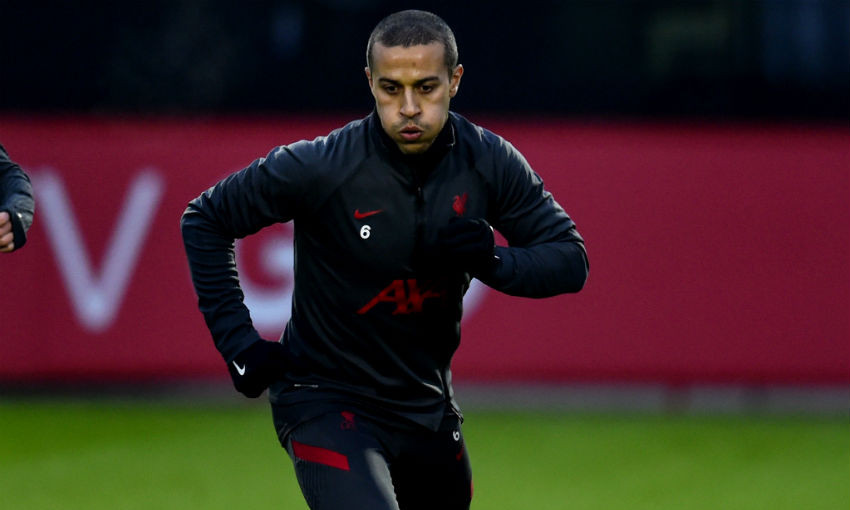 Thiago Alcantara making his Anfield debut for Liverpool in Sunday's encounter with Manchester United is a possibility, Jürgen Klopp confirmed.

The No.6 has been limited to just five appearances for the Reds – all of which were away – since arriving from Bayern Munich, due to the knee injury he suffered back in October.

But now fit and having made a return to Klopp's side, Thiago may play at his new home for the very first time when United arrive in L4 for a top-of-the-table clash in the Premier League.

"We will see," the Liverpool manager said. "The most important thing is he's fit, trained, all good.

"He had now 90 and 45 minutes in the last two games. So, we will see if he can play, which position he will play because there are obviously different options and all that stuff.

"But it's really good to have him around now because he's a really good guy and obviously an exceptional football player. It's like a new signing obviously.

"Now he's here and let's hope that it will stay like this for a long, long, long time."