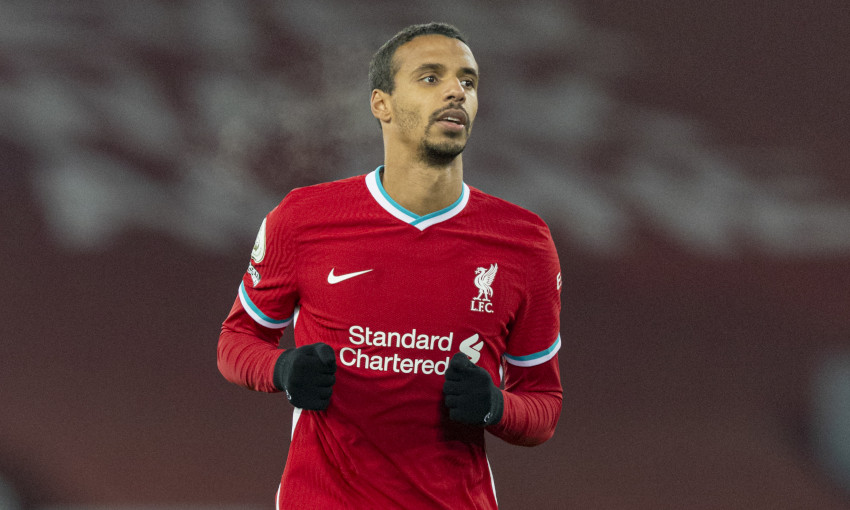 Liverpool will assess the fitness of Joel Matip before determining whether he can be involved in Sunday's clash with Manchester United at Anfield.

The centre-back has not figured since sustaining an adductor injury against West Bromwich Albion on December 27.

However, Matip is set to resume full training and could come into contention for the top-of-the-table Premier League encounter.

Jürgen Klopp told his pre-match press conference on Friday: "Joel is close. Does it now make sense to throw him into a game with one or two sessions, which he didn't do yet, but today and tomorrow he might be involved?

"To bring him [in], I don't know. We have to see, we have to decide, we have to look at him and how he will train, how he looks in training and these kind of things, but we have still different solutions.

"Hendo is very important in midfield for us as well, so we just have to see. It's not decided yet, why should I?"

Meanwhile, Liverpool will definitely be without the services of Naby Keita for the visit of United.

Klopp confirmed: "Naby is not ready for involvement. It's not a big thing; it's a little bit like with other players in the past when they came back from injuries and then because of the amount of games and situation in the squad they had to play.

"Then a little injury happened again. Now we just had to put on the brake and say, 'Let's settle it properly.' In the moment we have alternatives in midfield, so we really try to give him all the time he needs to get 100 per cent fit. That's the situation, so no, he is not in contention for Sunday."