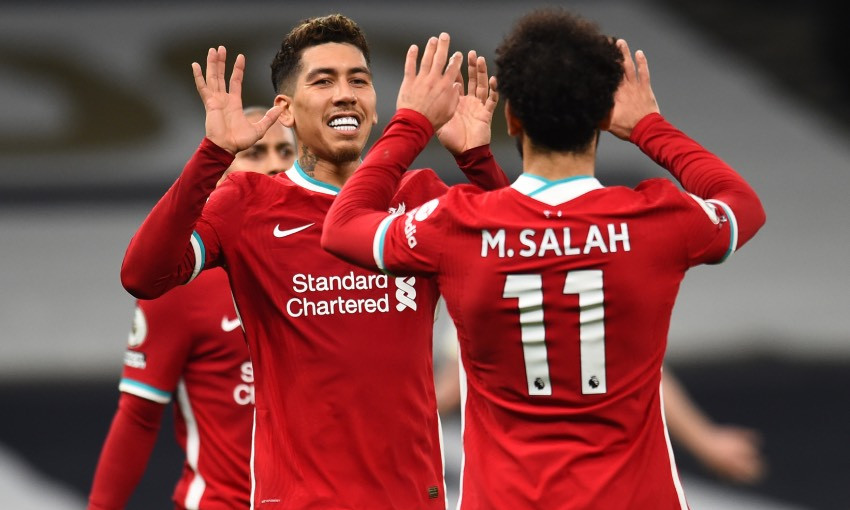 Roberto Firmino moved into the top 20 all-time goalscorers in Liverpool FC history with his strike against Tottenham Hotspur on Thursday night.

The Brazil international leapfrogged Albert Stubbins outright into 20th place in the ranking of the Reds’ most prolific players, with 84 goals in total.

Firmino is the third member of Jürgen Klopp’s current squad to break into the top 20, following Mohamed Salah and Sadio Mane.

The achievement came on the No.9’s 273rd appearance for the club since he joined from Hoffenheim in the summer of 2015.

Sixty-three of his goals have been registered in the Premier League, with 16 in the Champions League, as he helped Liverpool lift both titles in the previous two seasons.

Two were netted in the 2019 FIFA Club World Cup - including the winner in the final against Flamengo - with one apiece scored in the Europa League, FA Cup and League Cup.

Like Mane - who also netted at Tottenham Hotspur Stadium - Firmino is chasing down a century of Reds goals, a milestone reached by Salah earlier in the 2020-21 campaign.

Liverpool’s top 20 goalscorers of all time