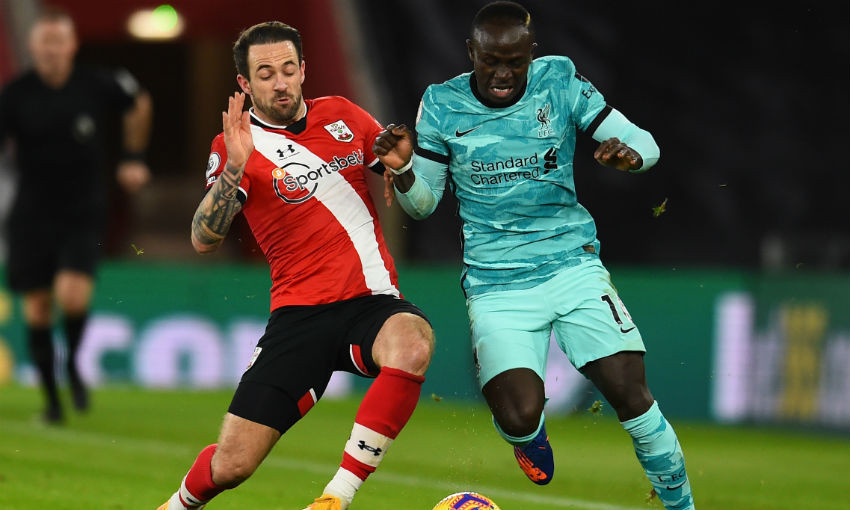 Liverpool suffered a 1-0 defeat at Southampton on Monday night.

Following a below-par first half, there was greater intent and tempo about the champions’ play after the interval.

However, Southampton’s defensive perseverance restricted them to a sole shot on target - a scuffed Sadio Mane effort 15 minutes from time.

Jürgen Klopp’s side remain top of the Premier League on goal difference, although they have played one game more than Manchester United. 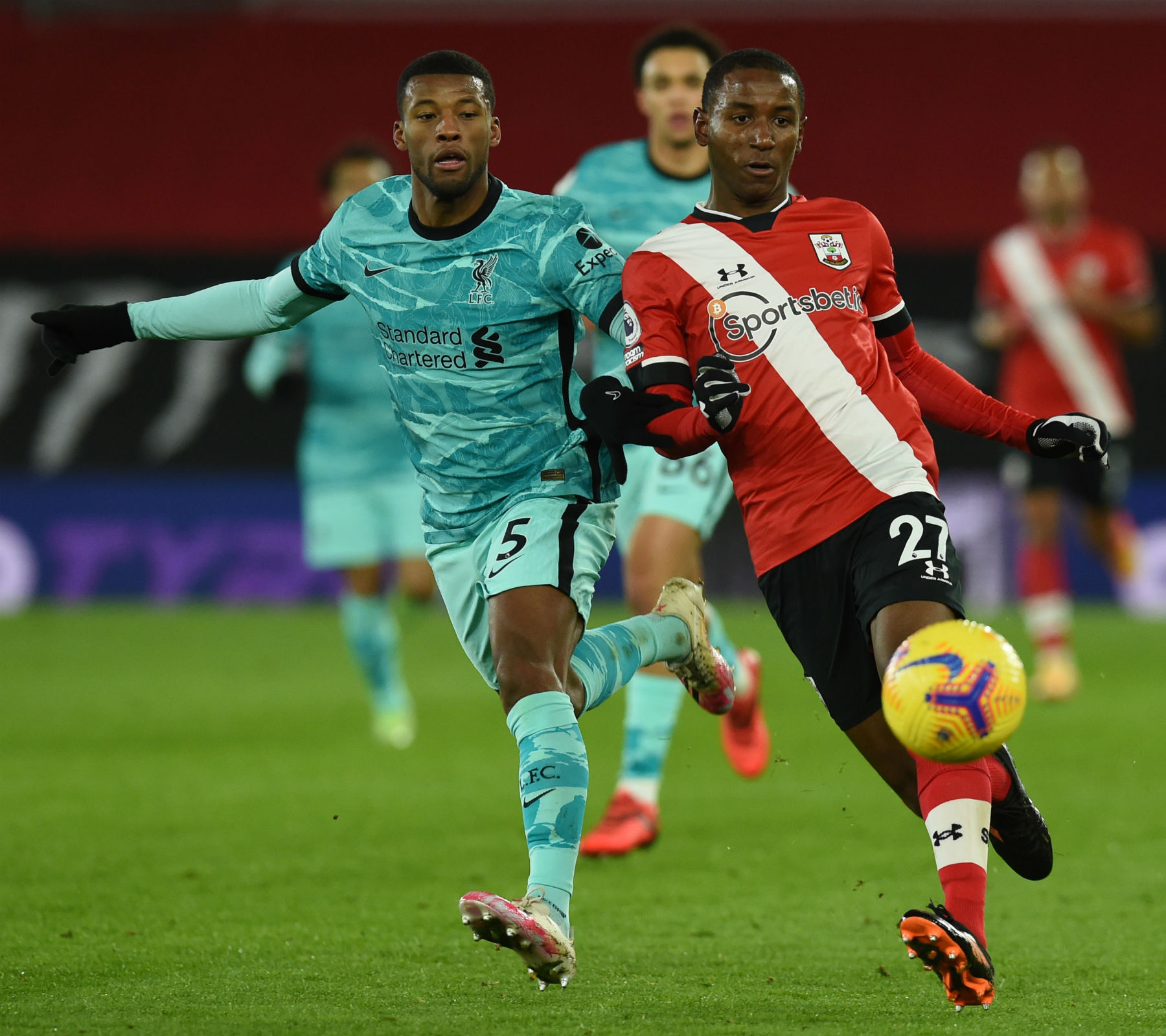 Henderson then shot over the crossbar once Firmino had teed him up, and the pressure on Southampton dissipated thereafter as the Reds dominated possession without troubling Fraser Forster.

Klopp’s team did, though, fashion two more half-chances prior to the break, with Mane heavily involved in both instances.

First, Thiago caressed a half-volleyed pass into the forward, who cut inside onto his right foot but miscued his attempt from 20 yards.

Then, after Nathan Tella had curled wide at the other end, Mane darted towards the byline and stood up a fine cross that was a fraction too high for Salah to convert with his head. 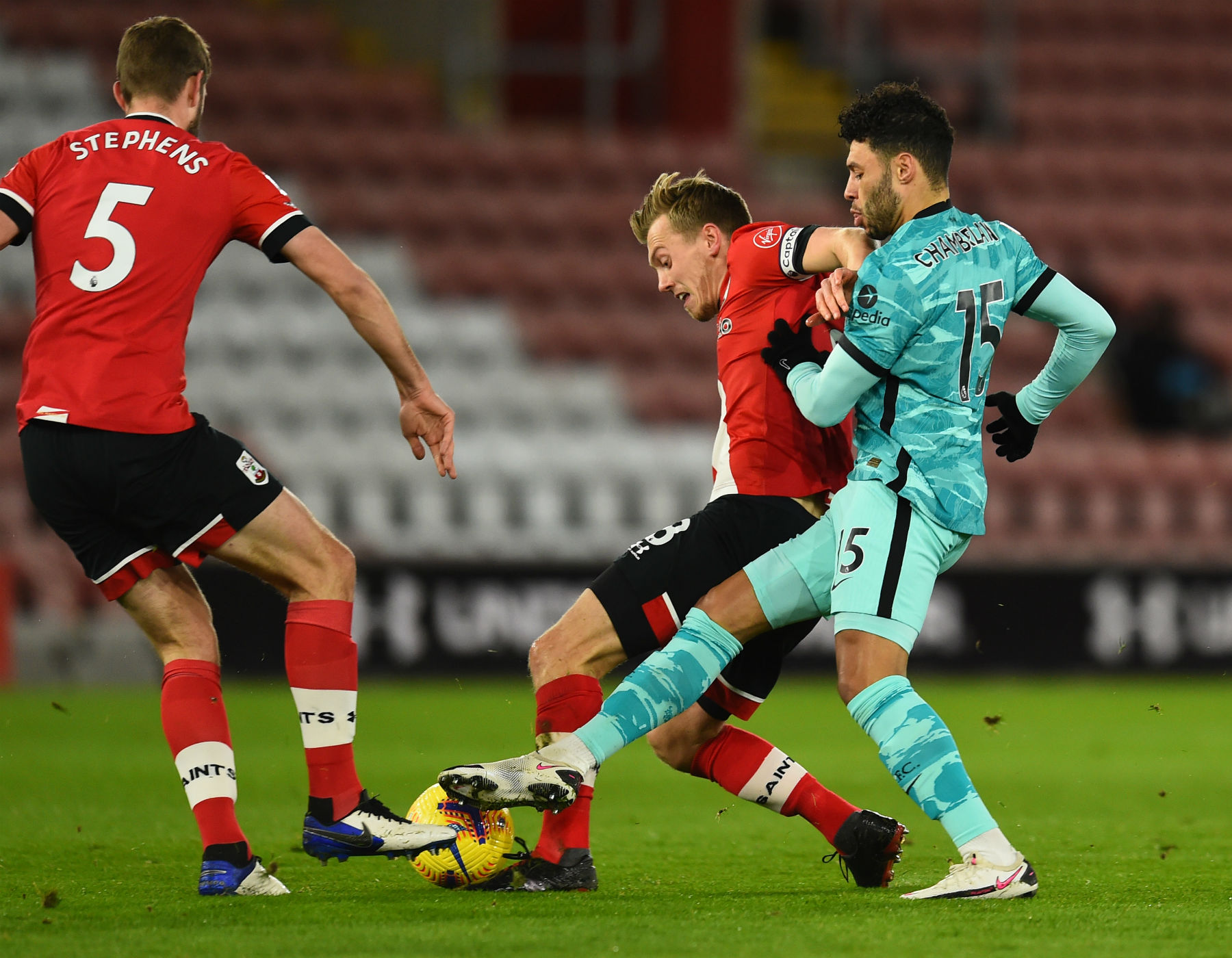 The champions emerged for the second period with a renewed sense of urgency and attacked vigorously in pursuit of a leveller.

Wijnaldum saw his appeal for a penalty - after his strike on goal had hit Jack Stephens’ arm - ignored, before Stephens produced a last-ditch challenge to thwart Mane from close range.

Liverpool’s No.10 was next to be denied a spot-kick when he appeared to be brought down by Walker-Peters as the pressure continued to build.

Fine footwork freed Firmino from the attentions of Stephens midway through the period, but the Brazilian’s cut-back, intended for Mane, was intercepted by Ibrahima Diallo.

Xherdan Shaqiri - earlier introduced in place of Oxlade-Chamberlain - then fired over, and Mane mis-hit his shot at Forster as time began to run out.

Mane then had the final sight of goal in stoppage time, but the Senegalese could only nod Andy Robertson’s corner over the bar.